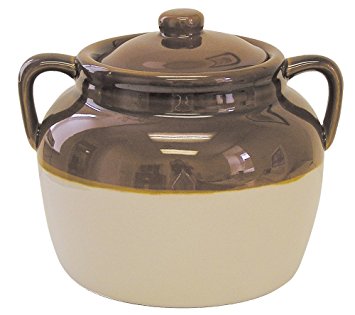 I have never conducted a household auction or a farm sale in the valley where the list of items for sale didn’t include a heavy crockery bean pot. Back in the seventies, when we first arrived from away, baked beans and brown bread was the traditional Saturday supper staple. I’m told that the combination of the brown bread and beans is the perfect pairing. Something about the calcium, potassium and iron in the beans combined with brown bread providing a good balance of amino acids (the building blocks of protein).

I’m sure that those benefits were not a consideration for old Gram Winott or the other farm wives up in Harmony. They all had big families to feed and just needed all the inexpensive wholesome food they could lay their hands on. They grew and dried their own beans, mostly types like Jacob’s Cattle, Soldier, or Pinto, and kept and slaughtered their own pigs for the pork component. Farmers usually kept a drum of black strap molasses in the barn to mix with their livestock feed so that ingredient was easy to come by — a little extra time was needed to extract it in mid-January!

My first experience with this maritime fare occurred at a gathering at the Harmony Hall on a late summer Saturday evening. It had been advertised simply as an annual dinner and get together. I didn’t know what to expect. I had had some daunting experiences with what I call church lady sandwiches — little crustless triangles of white bread with fillings of chopped egg, devilled ham, salmon drowned in mayonnaise etc., and I certainly wasn’t looking forward to going through that again. As Andrea and I entered the hall I was relieved and delighted by a warm, sweet aroma wafting from the kitchen.

“What’s cooking?” I asked Tommy Collins, who was gathering free will offerings by the door.

“Baked beans,” he answered. “And you better try some of my Mum’s. She makes the best.”

Of course, as I later learned, several women were supplying the beans and bread and tasting only one contributor’s beans would have been an unforgivable faux-pas. A hefty spoonful of each individual offering was required so that there would be no hurt feelings. As we cradled our dripping, overloaded plates and found our seats at the rough planked, trestle tables, the kids broke into the mandatory chorus of “Beans, beans the musical fruit. The more you eat the more you toot.” The parents at first feigned displeasure with the performance and then broke into laughter as we all addressed our plates.

I had to admit it those beans were really tasty, and when I started hoeing into a large second helping, Bill Woodbury sidled over to me and said confidentially, “If you aren’t used to South Mountain beans, you better go easy on them on the first trip. If I were you, I would plan a little alone time about two hours from now!”

It was good cautionary advice. The after-effects were not pretty. That aside, I have developed a fondness for that old pot and its contents, and lament the infrequency with which it makes its way into the oven of our wood-fired cook stove.

It has been expounded in song that the maritimes are all about “Drinking black rum and eating blueberry pie.” I respectfully disagree. Although eating habits have changed drastically since the invasion of the fast food chains, the one, true soul food of the maritimes was and still remains baked beans and brown bread. 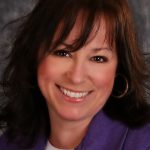