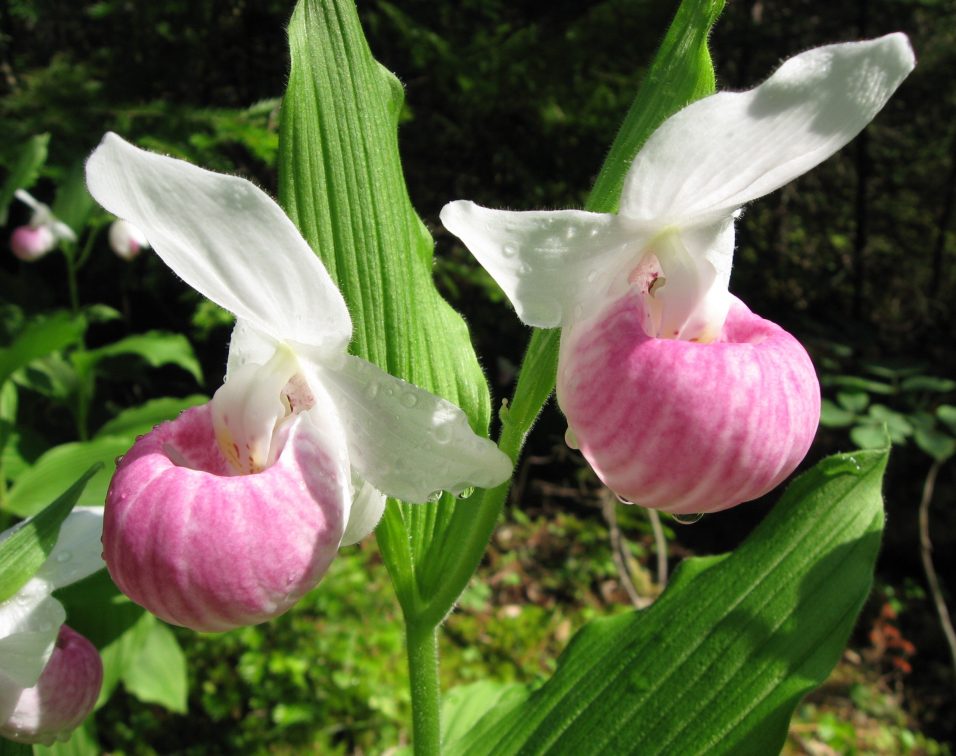 While many of you are starting to count down the number of days left until spring, we are counting the days until the annual orchid show! Mark your calendar for Saturday February 24. Every year a group of local orchid enthusiasts pull their treasured plants out of their sun rooms to share with the public.

While we dream about tropical orchids and warm greenhouses, forty species of orchid native to Nova Scotia are lying dormant on the forest floor. The lady’s-slippers are the most commonly recognized of the group. Nova Scotia is home to pink, ram’s-head, yellow and showy lady’s-slippers.

Some of the lesser known of our native orchids include beauties with romantic names such as dragon’s mouth, hooker’s orchid, shining ladies’ tresses, and broad-lipped twayblade. The reason so many orchids have somewhat suggestive names stems from the fact that orchids are a bit racy by nature. Look up the Greek origin of the word ‘orchid’ and you’ll begin to understand the amatory nature of these beautiful plants.

Orchids have a reputation for their cunning ways and blatant trickery. They have evolved to attract and tease their pollinators, taking what they need to ensure their survival as a species while giving nothing in return.  Most flowering plants attract and reward their pollinators with nectar while many orchids simply put on a good looking and smelling show. An example of this can be seen in the tropical bumblebee orchid, whose flower looks and smells like a female bee. Male bees attempt to copulate with the flower mistaking it for a mate and in the process pick up pollen grains. The bee becomes frustrated and moves onto the next potential partner and in doing so deposits the pollen on the neighbouring flower.

It is clear that orchids are very successful in their methods of securing pollinators as they belong to the largest family of flowering plants, with close to 30,000 species worldwide. Orchids have even managed to attract a member of the animal kingdom known for its intelligence to their pollinator team: that’s right, the human being. As a species we became attracted to orchids in the early 1800s, so much so that we started cross-pollinating them to create even more stunning hybrids. Since then, close to 100, 000 new hybrids have been created. I think we can safely say that orchids on a whole have developed some very successful survival strategies. That being said many of our native orchids are considered species at risk due to habitat loss, so it’s important that we continue to cherish and protect these precious and somewhat devious plants.

Don’t miss the Valley Orchid Growers show in the conservatory at the K.C. Irving Environmental Science Centre, Saturday February 24, 10:30am – 4pm. A great thanks to all of the volunteer orchid growers who go out of their way to make this event happen. I daresay some of these growers must suffer from orchidelirium to agree to take their prized plants out into the cold February air to share them with all of you.