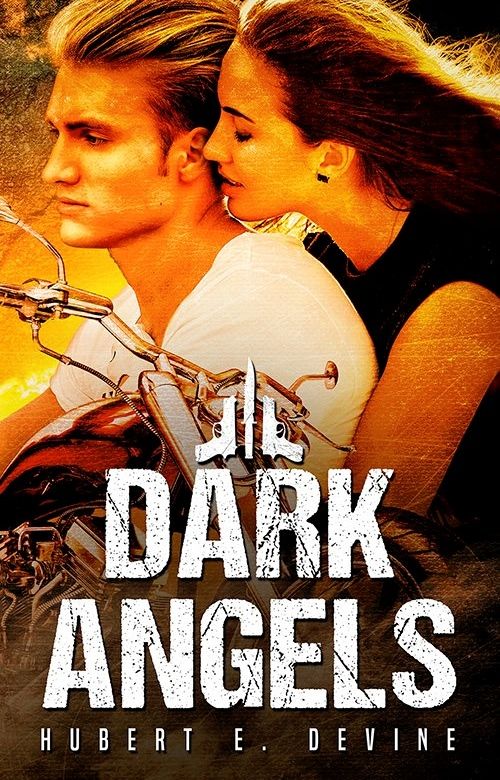 Motorcycle gangs, the backdrop of Dark Angels, aren’t usually the flavour of my literary escapes, but I am drawn to the work of Nova Scotia writers and Hubert Devine’s first novel is highly engaging, charged with excitement and surprise.

Dark Angels introduces Will Alexander, a bright, athletic 19-year-old Saint Mary’s University dropout who idolizes a father he’s never known. As the tale opens Will is a newly-minted member of the Dark Angels motorcycle club. From that beginning Devine maps a maze of intrigue and suspense as Will is buffeted by troubles at home, earns a place in the club, and pursues a relationship with Gloria, the beautiful, risk-tolerant young woman who captures his imagination.

Devine builds a world, radiating excitement, speed, danger, drugs, sex, romance, and language that made me notice, all set in the familiarity of 1970s Nova Scotia. Will has breakfast in a diner across from the Esso in Grand Pre, works construction on the Scotia Square project, and lives on Robie Street. His stepfather drives a Ford Falcon and holds, by a thread, a job at the Halifax Shopping Centre. Will drinks Graves apple juice and Schooner beer and encourages his sister to see Easy Rider at the Oxford. Devine knows his motorcycles, effortlessly blending Will’s Harley Davidson into the flow of the narrative. Motorcycles also connect Will to volatile club members like Stumpy and Shotgun whose integrity outclasses the detectives bent on shutting down the gang. It’s a world that takes us improbably from the Dark Angels clubhouse on Granville Street to the halls of learning at Saint Mary’s, from heart-stopping encounters with the rival Devil’s Chain to blistering counter-top heat in a South Rawdon farmhouse.

I eagerly turned each page of Dark Angels while still wanting to know more about the characters. Devine shows us it’s tough to be a step-kid in a troubled family, but it’s less clear how an able, yet very young, protagonist navigates emotion and intellect, principle and impulsiveness with so little angst. Devine recognizes the importance of relationships, but emphasizes vivid action over an exploration of how individuals find meaning and purpose.

Those who look for adventure, mystery and characters who push social limits will find in Dark Angels a way to heat up a cold winter night. That the action is set against the backdrop of a Nova Scotia landscape is an added tonic for all those who love our province. I look forward to more fiction from Hubert E. Devine. 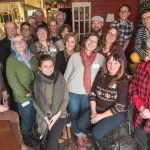