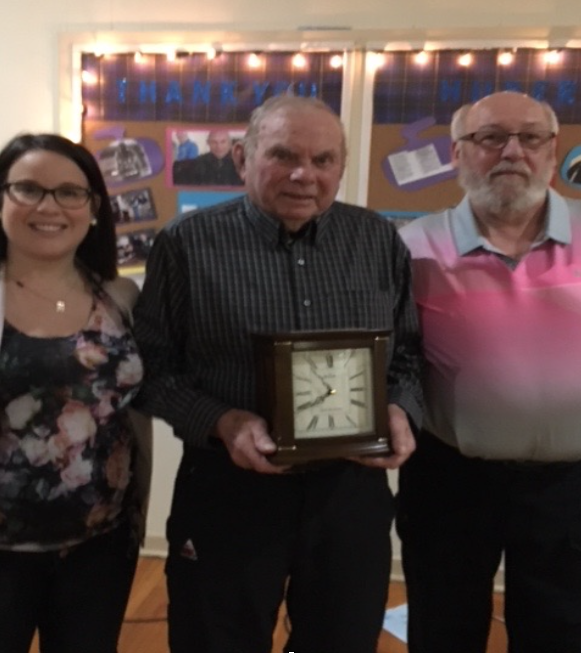 Hubert Sullivan has curled for over sixty years. In the early 2000s, Hubert encouraged the use of the stick method in rock delivery. The Nova Scotia Curling Association (NSCA) dedicated the Open Division Trophy to Hubert, naming it the Sullivan Cup. On accepting the cup to be named after him, Hubert wrote to the association that he “was convinced that this would be a way to introduce the game to people with many levels of abilities and allow others to continue playing and enjoying the comradeship of this great game. This can only promote this game as a game for all. That can only be a plus for curling in Nova Scotia.” With Hubert’s leadership, the inaugural stick curling championship took place at the Wolfville Curling Centre in March 2007.

This past February, Hubert Sullivan was recognized as a builder and supporter of stick curling in this province by the Nova Scotia Curling Association at a reception at the Wolfville Curling Club, where MLA Keith Irving and Wolfville Mayor Jeff Cantwell both congratulated Hubert’s leadership abilities and contributions to the province and town. Mac Maidens, president of the Wolfville Curling Club, commented on Hubert’s ability to lead in a quiet way to get the job done! Wolfville Curling Club member Betty Mattson, local event coordinator for the provincial stick championship, says “we are so pleased that Hubert received this award. He has shown great leadership in promoting curling in this province. To have over 100 people attend this event is a testimony to Hubert’s contributions.” Keith Bennett, president of Provincial Stick Curling Association, praised Hubert for being an exemplary participant in promoting the sport.

A worthy and deserving person to receive this recognition. Congratulations Hubert! 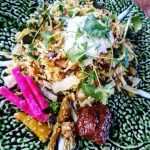 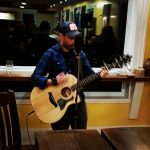