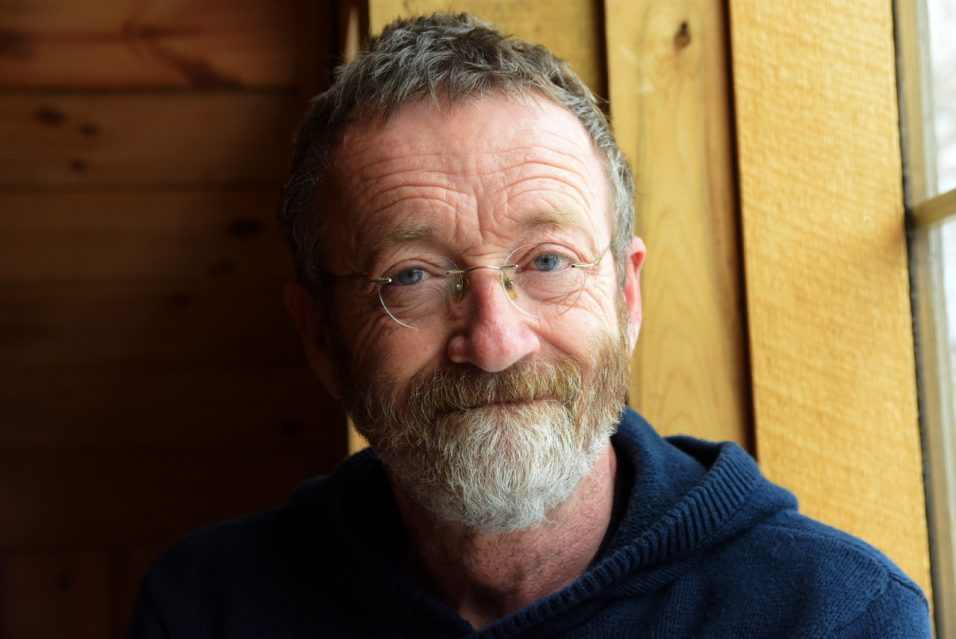 David Francey is a reknowned Canadian folk singer/songwriter whose lengthy music career has earned him numerous awards, including 3 Junos. In lieu of a concert tour for his brand new CD, The Broken Heart of Everything, he is taking his paintings on a cross-Canada trip. The first stops are right here in the Valley.

The Grapevine (GV): You started a career in music in your forties — when did you start painting? Why did you start painting?
David Francey (DF): I’ve been painting for close to 30 years. I married Beth Girdler, an exceptional watercolourist. She encouraged me to try. I soon switched to acrylics, they are more forgiving. I’d always been interested. It soon became a love. GV: What does painting as a means of artistic expression offer you that music doesn’t — or where do the two meet?
DF: I think that for the most part they are drawn from the same well: the time spent alone in near-constant contemplation; the sense of completion and contentment upon finishing a song or a painting is the same. I find I approach them with a similar mix of tenacity and patience.

GV: What are your musical inspirations? What are your artistic inspirations when it comes to visual art? What stories are you interested in telling?
DF: I was inspired by singer-songwriters like John Prine, Bruce Cockburn, Neil Young, and The Band. Planxty opened up Irish music to me. To me Joni Mitchell is the greatest poet we’ve ever produced, brilliant music aside.
I loved the Group of Seven from first glimpse. They fascinated me like no others. Still do. I also love the works of Max Meldrun and the Tonalists in Australia; the way they captured the landscape was striking and true.

GV: Where do you paint? Do you have a studio? What does it look like?
DF: I paint what comes to mind, and finish it if it’s moving me. Like a song. The landscapes etched on the memory from touring seem to find their way to canvas. I paint wherever there is space. I have a room with a tilted desk now that serves as a studio. I also made a nice space next to the workshop in the barn for summer and fall. It has the same tilted desk, a chair, a stool that acts as a table, and wooden walls I can nail into to hang work underway. It has two windows at desk height.

GV: How did the concept for this art tour come about?
DF: I have a friend named Tony Girardin, an award-winning independent documentary filmmaker, and he had the idea. I have been off the road since last June with voice trouble. I’d been touring constantly. He thought it would be a good time to emphasize the art. He planned and organized everything, an astonishing feat. We’ve known each other a long time and Tony was one of the first people to support my painting. He still does. I am extremely fortunate.

GV: This seems like such a fast-paced tour. Will you have time to take in any of the places you visit? Have you been to the Annapolis Valley before? What are you keen on seeing?
DF: Tony came up with the idea of touring the art show as a series of “gigs.” It’s novel and we’re excited to get it on the road. Tony is committed to other projects so we will tour in bursts. In this case the plan fits the circumstance. I have been a long-time enjoyer of the Annapolis Valley, visiting many times, and have friends there now. I am particularly looking forward to doing a songwriters workshop with Terra Spencer. We are fairly recent friends and writing partners. She’s an exceptional talent and sparkling company. Should be a grand time. I will have a brand new CD with me called The Broken Heart of Everything. I’m excited about that too.

You can learn much about him at davidfrancey.com 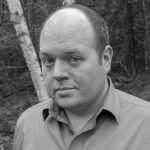