“Like anyone who was almost four years old, Sammy’s first casts with a fly rod were awkward and unsure. By the time he was six, however, my grandson could cast three or four meters of line without my help. While he wasn’t ready to fish a stream, he did a reasonable job in ponds on u-catch trout.

Those captive trout in pay-by-pound ponds are ideal for introducing a youngster to fly fishing; by the time Sammy was eight he had learned to rough land large pond fish. He has yet to catch and land a wild trout, however, and I’m hoping it will happen this summer before he has his ninth birthday.

If you have a son or daughter, or a grandchild you’ve introduced to angling, you know what I’m going through with Sammy. Before anyone can catch a wild trout, the fish have to co-operate and be willing to take bait or rise to a fly. Wild trout are unpredictable, especially when you are anxious to have a youngster catch one with a fly.

Last summer I took my grandson to a local stream several times. Twice the water was absolutely dead. On another occasion a few trout were rising but it was difficult for Sammy to put the fly over them. Once I got so desperate for him to catch a trout in its natural environment that I dug worms and we went bait fishing. That was a success but Sammy still hadn’t taken his first wild trout on a fly.

For an eight-year-old fly fisherman, Sammy is well equipped. Unable to buy a child-size fishing vest locally, I gave him my treasured S. E. Woods. His rod is a 7′ 6” graphite matched with a 6 line on a Hardy Viscount. This is tackle I would have killed for when I was a teenager; but it’s practically useless for a youngster when the mechanics of casting and presenting a fly to wary stream trout have yet to be mastered.

Early fishing lessons should be pleasant affairs. Many a young, would-be angler has been turned off fishing by cold, rainy weather and savage mosquitoes.

However, there comes the time when the young angler must learn that fishing isn’t all fun and pleasant weather. For Sammy that time came this spring. On yet another of those cold, overcast days that have plagued us recently, we fished my favourite trout stream in mayfly time. I hoped the rain would hold off and that despite the cold weather, mayflies would be hatching and trout rising.

If I had been fishing by myself, that afternoon would have been a disaster. A few small trout rose sporadically but otherwise the water was dead. Then one of those little miracles happened. A single mayfly appeared on the surface, its wing fluttering as it drifted in the current. “Let’s see what happens,” I said, urging Sammy to watch the mayfly. “Maybe a trout will take it.”

Seconds later a trout rose and gulped the mayfly. “Hey, he took it,” Sammy shouted excitedly.

Several more mayflies were suddenly fluttering on the water and we watched them drift over a pool; another trout rose, then another, and as the mayflies disappeared in the swirls, a boy may have been convinced that fly fishing was the only way to go angling. I caught a mayfly – some day I would tell him it was a Stenonema vicarium – and we compared it to the fly tied to represent it, the March Brown. I told Sammy about the mayfly cycle, about nymphs, duns, and spinners, and how their breeding cycle has been repeated over and over for thousands of years.

My nature lesson, if you can call it that, was ended by a rain shower. Or so I thought. As we hastily retreated to the car, a rooster crowed repeatedly on a nearby hillside. “He’s establishing his territory,” I replied when Sammy asked why the rooster was making so much noise. “I’ll tell you about it after we get the heat on.” 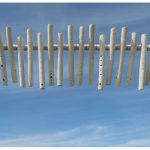 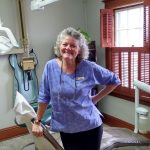