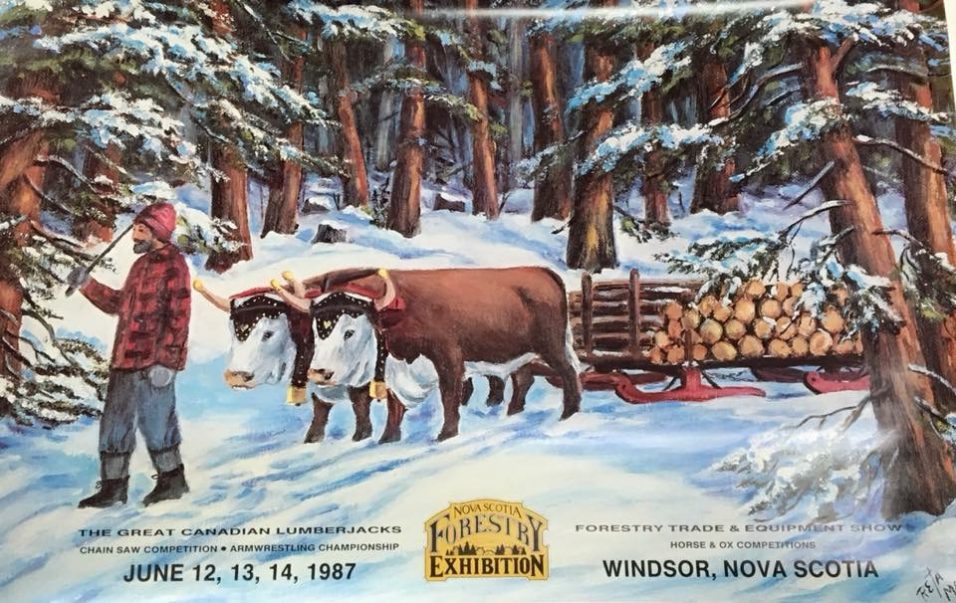 The Dome Chronicles
By Garry Leeson

The Eye Of The Beholder

I was digging through a box lot of assorted items that were consigned to our antique auction when I discovered them: two dusty primitive paintings on plywood, one depicting a team of oxen and another of a winter scene with a horse and sleigh.

I thought I’d hit the jackpot and hurriedly carried them over to where there was better light to get a look at the signatures. I was fully expecting to see Maud Lewis’s name on the bottom and was understandably disappointed when it wasn’t there. Instead, someone I had never heard of, someone called Reta Meister, had signed it.

Assuming that they were just some copies of Lewis’s iconic paintings, my first instinct was to slip them back into the box and let nature take its course. Later I decided that, because they were so colourful and well executed, they merited second consideration. I headed to the library and found a book that had full colour plates of most of the known works by Maud Lewis. What I discovered was that, although Meister’s paintings were similar in style, in all other respects they seemed to be original and, in my unqualified opinion, darned good.

I separated the paintings out and gave them a place of honour on a pair of easels at my next auction. I made a lot of fuss about them in my opening remarks and to my surprise they brought really good prices. People, even the most discerning in the crowd, seemed to really like them. Andrea and I decided that we had better seek out this mysterious artist and see what else she had to offer.

We struck out for New Ross, where we had been informed that she lived, and one brief inquiry at the local canteen saw us on our way to her dooryard. Her place was all that one might expect of the home of a prolific folk artist. She welcomed us into a house that was stocked with countless paintings mounted on hardboard: landscapes, wildlife, cats, dogs, and her favourite subjects, oxen and horses.

It wasn’t unreasonable to conclude that Maud Lewis had been an influence on her work. However, as I recall, when I broached the subject with her, she seemed not have any knowledge of Lewis’s paintings. That was easy to understand, given that Lewis had rendered her paintings in a traditional style that folk artists in the Maritimes and the New England states had been employing for decades. We concluded that Reta’s talent was innate, unsullied, and worthy of more attention than she had been getting. That’s when I hatched a plan.

We left Reta’s home with a car full of her paintings and scheduled a showing and auction. Andrea kicked in with an extensive advertising campaign that may have accidently exaggerated Reta’s reputation a bit. All’s fair in love and art promotion, and it really worked. We had a hall full of art enthusiasts on the day of the auction. I remember standing behind some people who were crowding around one of Reta’s paintings before the sale. An art aficionado in a beret was expounding on its merits. When I heard him say “I believe that this one from her earlier period,” in a tone that suggested that he was familiar with Reta’s body of work, I knew we were in for a good day.

And we were. There were several other good days at subsequent auctions, but I still didn’t think Reta was getting the acknowledgement she deserved, so I hatched plan B.

At the time I was managing the annual Nova Scotia Forestry Exhibition and an extensive poster campaign was the mainstay of the show’s advertising campaign. The previous year I had solicited the services of a formal advertising agency to create the artwork for the poster. It was large, beautiful, and very expensive. There were thousands of them distributed throughout the Maritimes. The government was footing the bill. When I showed the Exhibition Committee the painting I wanted to use on the current year’s poster, they were unanimous in their approval. Reta Meister was about to emerge from anonymity. The poster was a huge success. Prints of the poster were sold at the Exhibition and I auctioned off the original painting before a crowd of thousands in the Windsor arena. The next year I used another of Reta’s paintings for the poster with equal success.

What the long term effect on Reta’s subsequent popularity is hard to judge. I haven’t been in touch with her for many years. According to my trusty computer, and the Town of New Ross website, she is still in the business of creating wonderful folk art: Reta Meister, Artwork-Painting, 690 Mill Rd. New Ross, N.S. B0J 2M0. Phone: (902) 689-2008. Artist: paints still life, seascape, oxen & horses, & scenes from childhood memories. Oops! There I go promoting her again. 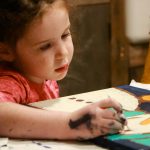 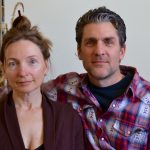