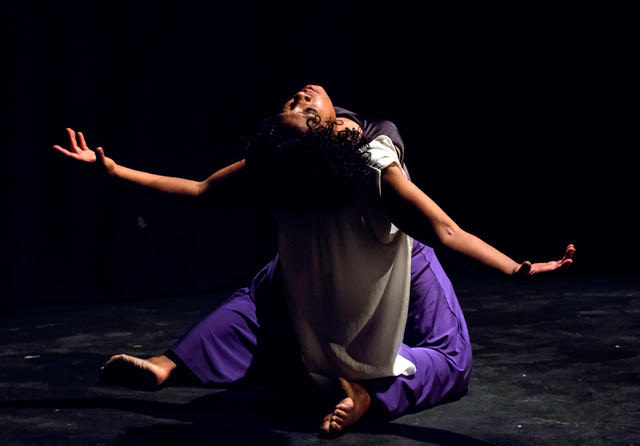 Fem Fest: Freedom Then and Now Celebrates Feminism and the 100th Anniversary of Women’s Right to Vote in Nova Scotia
By Dorothy King

Are we there yet?
Nope. But it’s sure been a wild, heroic ride for women’s rights so far. That’s the takeaway from Kathy France, the artistic director of Caravan Theatre in Wolfville. France has launched Fem Fest: Freedom Then and Now to celebrate the 100th anniversary of women’s right to vote in Nova Scotia, and explore just how far feminism has brought us.

The celebration France has conjured up combines an eclectic group of independent female artists. It leapfrogs from the historic battles of Nellie McClung, to the modern-day questions of identity, made most explicit in a piece by spoken-word artist, Al Cusack. Cusack uses the pronoun “themself” and identifies broadly across the male/female spectrum. France is a fan: “They’re born in a body that doesn’t obviously express itself as one; there’s real power and beauty in that, and I think there’s a lot we can all learn from that.”

And that’s the challenge in this production, reimagining and expanding the ideas that have propelled us into the 21st century. “A Chat with Mrs. Chicky” is a famous British short play from the early 1900s about women and class conflict over the vote. It’s a comic piece with two female leads, but don’t be fooled into thinking ‘what’s it got to do with me?’ Privilege is as prevalent today as it was back then.

Of course, not all women gained voting rights at the same time, and France is quick to point that out. “In 1918 both white and black women gained the right to vote, but both had to be British subjects and hold property in order to exercise their franchise. In reality, black men and women had serious social barriers to exercising that right. Indigenous people did not get the vote until much later.” This makes for meaningful discomfort when we place ourselves in the shoes of people who are still targeted by law enforcement or tailed by employees in retail outlets because of their colour or culture.

Liliona Quarmyne is well-placed to know a bit about that. As an African-Canadian dancer, choreographer, and teacher, Quarmyne uses art to explore the social roots and remedies of injustice. Her piece, “Woman Walking,” is another one of Fem Fest’s intriguing performances. It features Quarmyne dancing to the recorded voices of eight women talking about gender and sex. “I like the challenge of negotiating between what the voices say and how my body reacts,” says Quarmyne.

So why should men come to Fem Fest? “This show is not about bashing men,” says France. “I’m a feminist. I want to change the power dynamic between the sexes. But calling men out for sexist behaviour doesn’t go far enough. We need to examine society’s expectations of boys: be a man, be cool, boys rule! I think the pressures are enormous.” France says both women and men are going to gain understanding out of the show, and have some fun too.

Fem Fest: Freedom Then and Now runs September 20 and 21 at the Al Whittle Theatre in Wolfville, September 22 at the Bus Stop Theatre in Halifax, and September 23 at The Marigold in Truro. All shows start at 7:30pm, and tickets are $20. For more information, visit caravantheatre.ca 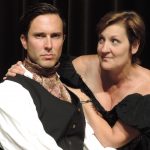