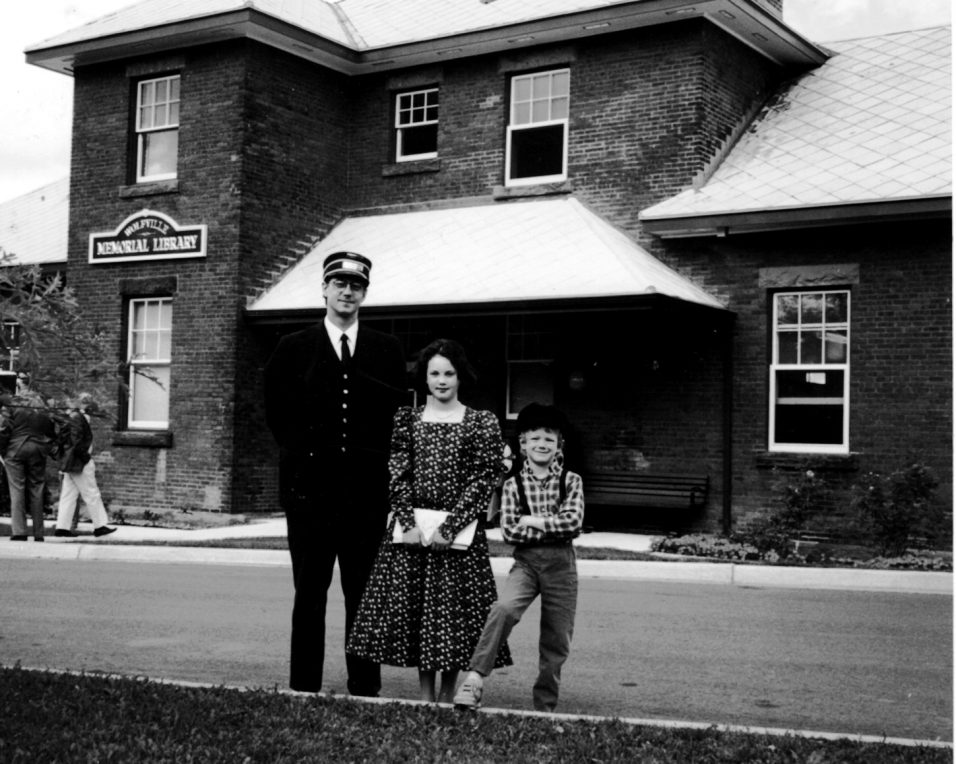 The 25th Anniversary of the Wolfville Memorial Library
By Wendy Elliott

It is hard for us today to imagine the importance the Wolfville train station had a century ago when the rail line was the highway through the Valley.

Esther Clark Wright knew. She included a whole chapter called “The Train” in her quite marvelous 1957 memoir and love letter to the region, Blomidon Rose. “We who travelled down the Valley and back again had a sharing of experiences and a fund of recollections that drew us together,” she wrote.

The first railway station at Wolfville was built in 1869 as part of the Windsor and Annapolis Railway (W&AR). It was replaced in 1891. The Dominion Atlantic Railway took over in 1894. When the Wolfville station burned down in 1911, it was replaced in 1912 by the solid brick building that now serves as Wolfville’s public library.

Edgar DeWolf, keen train watcher, Charlie Delahunt, the town mail collector and handy man, and “the quaint Cockney who distributes the Halifax papers” all peopled the train station, according to Clark Wright. About Mr. DeWolf, she wrote, “there are very few mornings in the year when the lame insurance agent, who nurses a passion for locomotives, does not appear on the platform when the morning train is due. He knows every locomotive and its driver.”

My first rides on the VIA Dayliner occurred as the 100 series highway was successfully competing for transportation dollars. For several years my husband commuted on the train as a student in Halifax and later for work. He could study and work while travelling instead of keeping two hands on a steering wheel. As we saw the rail infrastructure decline, the end of passenger service loomed and we got each of our kids on the train for a memorable ride. In 1990 cuts to Via Rail by Prime Minister Brian Mulroney’s government ended a long and rich history. Freight continued for a while, but the Wolfville station sat empty until a few visionaries saw some imaginative reuse.

Curtis Chipman, my aunt Shirley Elliott (the former Nova Scotia Legislature librarian), and heritage architect Ron Peck, all gone now, led the team to convert the station into a public library. It was well-funded by citizens and groups like the Federation of University Women.

When the Wolfville train station was transformed into the town’s new branch of the Annapolis Valley Regional Library, it was designed to serve as a lasting testament to literacy and to Nova Scotia’s railway heritage. The happy opening day in September of 1993 was a community celebration during Wolfville’s Centennial year.

Coincidentally, my husband was the MC that afternoon. Steven Slipp, who’d dressed in borrowed conductor gear, got to play trainman for real when the assembled citizens all heard an approaching train’s whistle. As an unexpected DAR train came west down the tracks, he swiftly got into position, pocket watch in hand. The crew aboard that freight had the surprise of their careers. It was a train station seemingly brought back to life, for a final time as it was one of the last trains to run on those rails.

The upcoming 25th anniversary celebration on September 11 will once again focus on literacy, built heritage, and a grateful community. It will start at 1pm and run until 3pm. 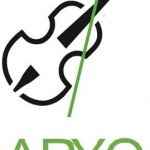 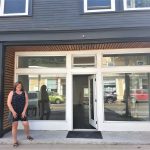