The Kings Historical Society and Deep Roots Music Festival are joining up to present two exciting “Concerts in the Courtroom” at the Kings County Museum during Deep Roots weekend.

First, on Friday September 28 at 7pm, it promises to be a magical night of music in the historic courtroom at the Kings County Museum when Clary Croft brings his beautiful tenor voice, impeccable musicianship, and deep knowledge of folklore to share.

Clary is cited in The Encyclopaedia of Music in Canada for his contribution to Maritime folklore and his ongoing research into the traditional music of the Maritime provinces. For twelve years he performed and researched regional folk songs and folklore at Nova Scotia’s Sherbrooke Village restoration site.

Helen had quite a relationship, albeit through correspondence, with another collector of songs whose roots are deep in Nova Scotia. Carrie Grover was born in 1879 near Sunken Lake into a musical family where she learned hundreds of songs and fiddle tunes. Later in life she had them transcribed and recorded at the Library of Congress, where Creighton’s collection is housed as well.

Clary will perform traditional songs from the Creighton and Grover collections, as well as songs from some of his favourite Maritime songwriters, mixed with several of his own originals. With a blend of story and song, Clary offers an intimate evening of music and lore: a celebration of life in the Maritimes.

Deep Roots at the Museum continues on Saturday September 29 at 2pm, with “David Newland: The Northwest Passage in Story and Song,” a musical and spoken-word performance of original songs inspired by the sights and sounds of the Canadian Arctic, its history, and its contemporary realities. Combining photography, storytelling, and live original songs, this workshop conveys the emotional and spiritual impact of Arctic travel, from the point of view of a Zodiac driver and musician who has made multiple trips to the Canadian Arctic, Labrador, and Greenland. The performance will feature Inuit throat-singing duo Siqiniup Qilautu (Sunsdrum). 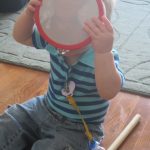 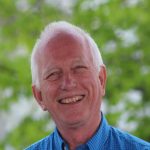