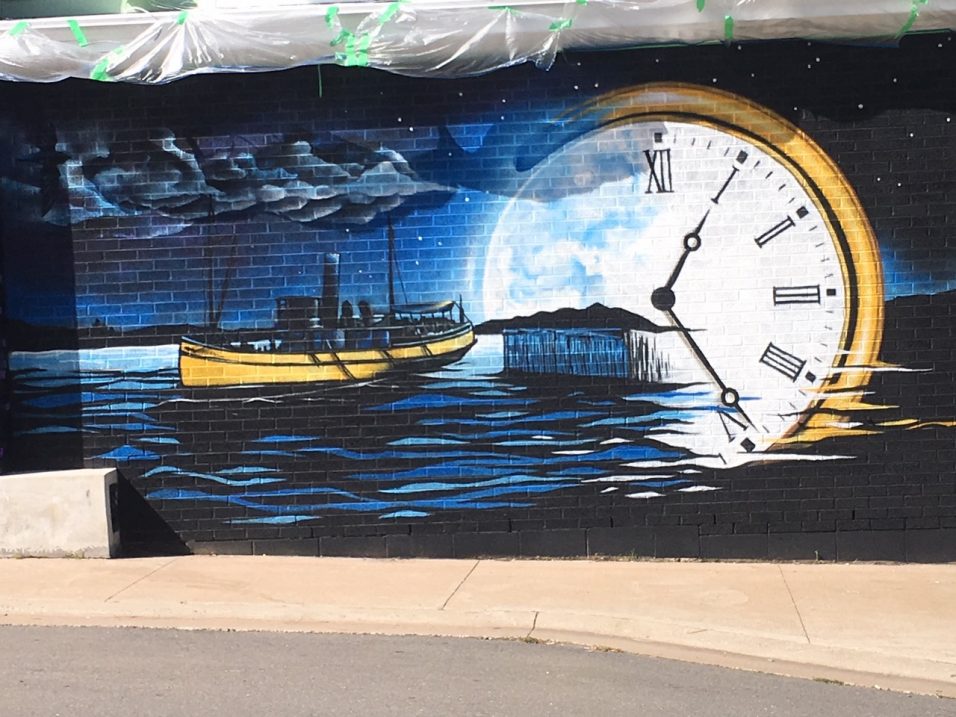 Mural Inspired by Wolfville History and Nature
By Wendy Elliott

A one-of-a-kind mural now marks Wolfville’s 125th anniversary as a town.
To honour the past, brothers Michael and Dan Burt painted, wielding spray cans for four days on the brick wall to the east of Herbin Jewellers. The Halifax duo used elements from Wolfville history and nature for inspiration. A line of poetry from John Frederic Herbin’s book Marshlands added a focus: “The tide flows out as the day expands.” Once mayor of Wolfville, Herbin started selling clocks on Main Street in 1885. He was also the founder of the national historic site in Grand Pre.

Both dawn and dusk, along with the local chimney swift population, are illustrated. The Burts painted the M.V. Kipawo leaving the wharf as a full moon is rising. The moon is also a clock. The Wolfville 125 committee selected the iconic images to decorate the wall on Linden Avenue. Rafuse Home Hardware contributed three gallons of paint toward the town project. 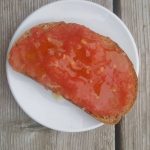 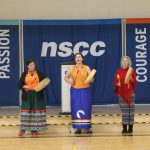