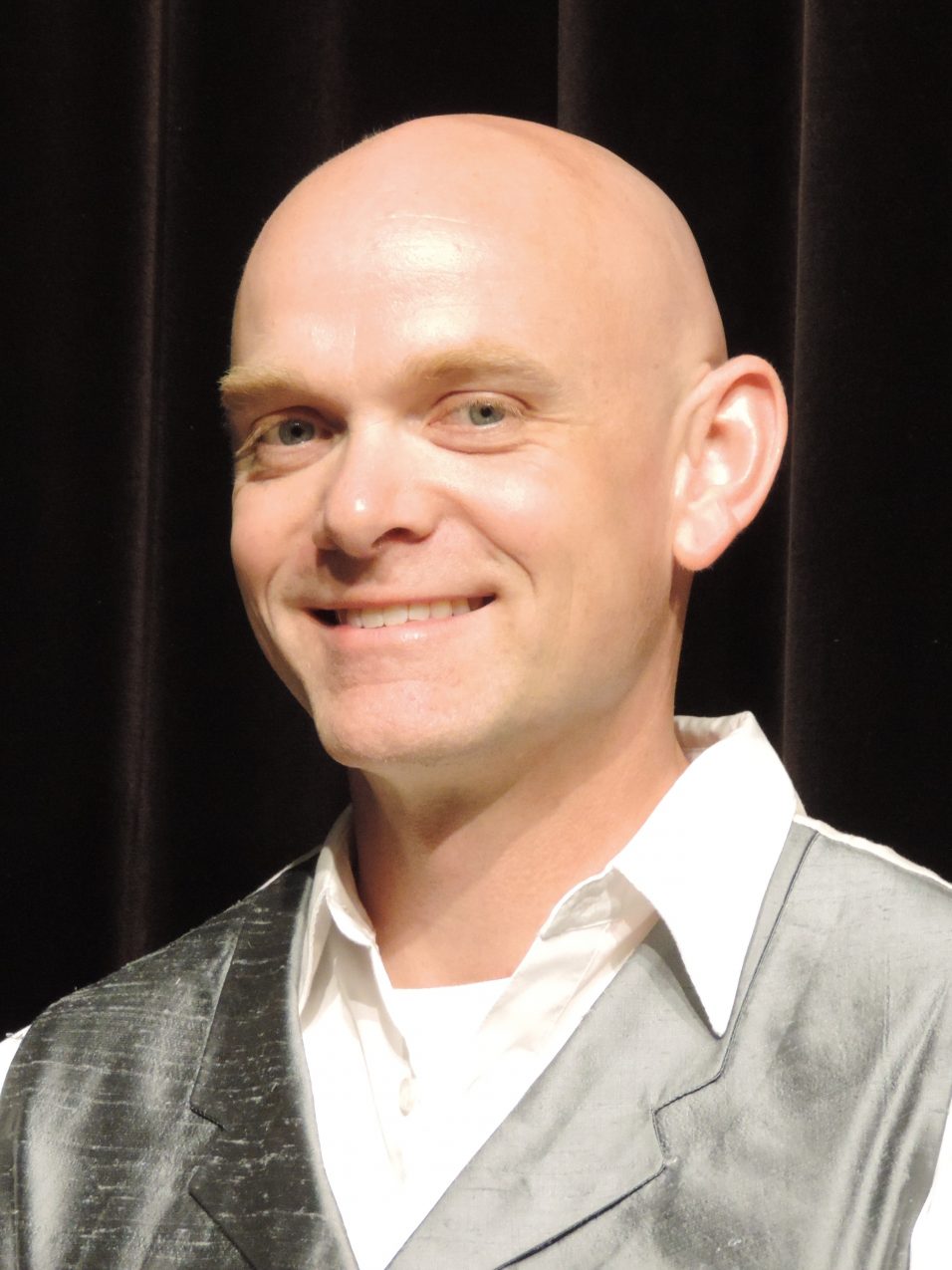 Who’s Who: Steve Roe: A Shrek-tacular Actor
By Mike Butler

Shrek, the loveable ogre that kids and adults have adored since he first appeared on the big screen in 2001, is not only a star of the big screen, but also the big stage! Shrek the film was turned into Shrek: The Musical a few years ago and Valley audiences are about to get the chance to see this production in all its colourful glory, with a local actor taking the helm in the role of the title character. If you’ve been to a few Quick As A Wink or Stage Prophet shows in recent years, then you might know the name Steve Roe, but after October, this Shrek-tacular performer will forever be associated with the endearing Scottish ogre.

Steve Roe grew up in a suburb of Toronto. His mom grew up in Nova Scotia and his grandmother, aunt, and uncle still lived here when he was young, so Steve spent many Christmases and summer vacations on the East Coast. The culture and people felt like home to him and the landscape and landmarks always had a way of soothing the urban monster growing within him. “I keep a mental list of places in the world that I feel totally at peace,” Steve says, “and most of them are in Nova Scotia. I live here now with my wife Sharon and our two children and it’s the best place!”

Steve’s musical roots run deep: “My love of music was fostered at a young age by a family filled with talent. I took piano lessons from Grandmother Roe, and was inspired by many members of the “Roe Family Orchestra.” Having a father with a doctorate in music composition couldn’t have hurt my chances of pursuing a career in music either, but I never felt forced or pushed into it. Hearing him practice the trombone in the basement while I was trying to watch Thundercats likely had some impact subconsciously. Music steered my educational life as well, taking multiple music electives each year in high school and continuing with a music degree in voice from the University of Toronto. After graduation, I performed in professional choirs including The Nathaniel Dett chorale of Toronto which helped to form my choral spirit and style of choral directing.”

It took Steve a while to find his place, partly because his mom and sister moved back to Nova Scotia. He bounced back and forth between performing professionally in Toronto and looking for work on the East Coast, faced with an apparent choice between being close to family and a career in music. Family easily won the battle! After working as the service manager at The Halifax Mac Store (computers being another interest of Steve’s), and taking a college program in digital animation, he returned to music and now works full-time in the profession. He says, “I am now organist, choir director, and private music instructor at the Windsor United Church and King’s-Edgehill school, and also perform professionally throughout Nova Scotia. Having Kings-Edgehill as host theatre for Quick As A Wink productions has allowed me to be close at hand to be a part of their shows, which is wonderful!”

As a father of two young children, Steve loves sharing his passion for music, theatre, art, movies, and sports with them and loves to see all of those things through their fresh eyes and youthful perspective. And the talent doesn’t stop at just one parental figure in Steve’s house: “I also feel lucky to have found a partner in my wife who shares many of these interests (still no luck on baseball though). Singing with Sharon is a very fulfilling experience, and I can’t wait to make the duet a quartet as the kids get older.” Sharon has graced the Centrestage Theatre stage many times and has also performed the role of director for many shows.

Steve’s theatre career has been one of many highs. He has been fortunate to play in some of his favorite shows such as Les Miserables, Annie, The Man of La Mancha and The Little Mermaid and most recently, A Christmas Carol and Sweeney Todd. “I remember watching theatre while growing up and dreaming of some day playing certain roles,” Steve says. “I feel very fortunate to have realized many of those dreams. One of my favourite things about theatre is the back-stage choreography of putting a play on the stage. Knowing that at “this” point in the show, I should be in this spot, see these people coming offstage carrying props, while hearing very specific music and knowing what the next conversation is going to be about. If only life were like that sometimes, when you want a break from spontaneity and uncertainty.”

Coming up, as mentioned, Steve will tackle the very demanding role of Shrek the ogre in Shrek:The Musical, coming to Kings-Edgehill through Quick As A Wink. I am honoured to be the director of this show and finally get to work with Steve, as I’ve been a fan for years. The cast, lead by Steve, Alan Slipp, and Kate Hubley, is dynamite, and the warm costumes and layers of makeup will not slow any of them down. Audiences are going to love this show so make sure you get your tickets fast!

Shrek:The Musical is being performed at the Fountain Performing Arts Center at Kings-Edgehill, Windsor on October 12, 13, 19, 20 at 7pm with matinee performances on October 13, 14, and 20 at 2pm. This is one show you don’t want to miss!

So, what lies ahead for Steve? He says, “part of my job at the church is playing for funerals and weddings. I have found funerals, in particular, a constant source of perspective on life. Hearing other people’s stories, I am regularly reminded of the advantages of doing the things that you most want to do while you are able. This also has a way of pushing the boundaries of what you think your capabilities are. Though there is no official “bucket list,” there are definitely a few shows left on the my “list” and doing them with my family would make them even more special. I am also in the process of writing my own show which will hopefully make its debut in 2020.”

Steve, it has been a true pleasure watching your performances and being a part of the theatre world with you. You are one Shrek-tacular performer! Thank You! 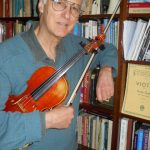