A Ceremony of Carols: Christmas at Acadia
This season the Acadia Chorus, directed by Michael Caines, features works including familiar sing-along carols, lovely choral arrangements of two carols originating from Ireland and Britain, and a heart-warming original arrangement of O Little Town of Bethlehem, as well as the ever-popular Ceremony of Carols by Benjamin Britten. Joining the Chorus will be university organist John Scott, Tristan de Borba on saxophone, and student soloists from the School of Music.

Christmas with Friends
A seasonal tradition returns to Wolfville as Annapolis Valley singer-songwriter Rachel MacLean hosts the ninth annual Christmas With Friends in Wolfville. Special guests include multi-award winners Lennie Gallant and RyLee Madison. Recognized by his peers as one of Canada’s best performing songwriters, Lennie Gallant has released twelve albums of original songs which have won him a host of awards and nominations from the JUNOs, Les Prix Eloizes, and The East Coast Music Awards, including 2017 ECMA Entertainer of the Year. A recipient of the Order of Canada, Lennie is an international touring artist, who has performed all over the continent, in Europe, for the troops in Afghanistan, and at the XXI Winter Olympics. An inspiring and heartfelt live performer, RyLee has toured extensively throughout Canada and Europe, as well as the US. RyLee has received dozens of nominations and awards, including the 2005 Music Nova Scotia Humanitarian Award (for her volunteer work following Hurricane Katrina), Female Artist of the Year, Country Artist of the Year (three times!), and ECMA Country Recording of the Year. Most recently she was inducted into the North American Country Music International Hall of Fame.

Sunday, December 9, 2018, 7pm.
University Hall, Acadia
Tickets: $25, available at Independent Grocer and Pharmasave locations from Windsor to Annapolis Royal. Tickets can also be purchased at the Acadia Box Office (542-5500 or 800-542-8425) and at Stirling Fruit Farms in Greenwich.

Christmas with the Celtic Tenors
The Acadia Performing Arts Series’ next concert, on December 6, will offer a wonderful way to begin celebrating the coming holiday season, as Ireland’s Celtic Tenors come to Wolfville. The Celtic Tenors (Matthew Gilsenan, James Nelson, and Daryl Simpson) are a chart-topping global phenomenon, and the most successful classical crossover artists to emerge from Ireland. Following their 2015 sold-out, rave-reviewed performances with Symphony Nova Scotia, the Celtic Tenors are coming back to Nova Scotia to offer a new concert experience that shows their Irish roots while celebrating the most beautiful operatic songs inspiring sounds of Christmas. How about going from a “Silent Night” to “O Holy Night,” with a haunting “Danny Boy,” and a soaring “Nessun Dorma” in between? Directly from Ireland, the Celtic Tenors will give an alternate meaning to, “a Green Christmas” and present the “can’t-miss” concert of the Holiday Season.

To buy tickets, visit the Acadia box office in person, or online at boxoffice.acadiau.ca

Wassail: Medieval, folk and traditional songs for Christmas
Featuring wassails from the British Isles, traditional Nordic winter songs, haunting medieval carols, and glorious choir music for treble voices, this is a concert for the Christmas season unlike any other. The outstanding 25-voice Manning Chapel Choir, directed by John Scott, will be joined by acclaimed high-energy folk musicians Kirsty Money (nykelharpa), Jude Pelley (mandolin and dulcimer), Charlie Wilson (Irish flute), and Grant Hill (small pipes). New this year, concert-goers will gather at 3:45pm on the Chapel grounds to share mulled cider and some ancient carols. The concert will begin with the Choral Procession of the Greens for Christmastide into the Chapel led by piper Grant Hill.

Manning Memorial Chapel
Sunday December 9, 2018 4pm – 6pm
Tickets are $15, and the concert is free for kids twelve and under. 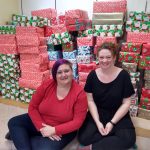 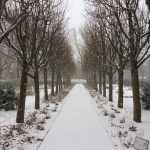