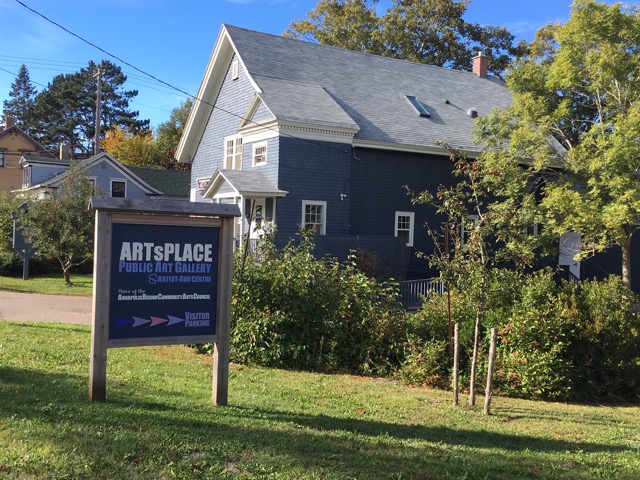 The Annapolis Region Community Arts Council (ARCAC), which is based in Annapolis Royal, offers exhibits at its blue-sided ARTsPLACE along with varied programming. As of November 25, there is a show profiling five members of The Artist Way Collective, an exhibit of works by local artist Rion Microys, and a members’ exhibition all on display.

Ted Lind, who serves as treasurer and secretary for ARCAC, says the local community relishes the visual arts. “We have three gallery spaces and one pop-up space,” he adds. “It’s a great place, it’s always busy.” Lind agrees that the western Annapolis Valley is a place to which artists seem to be naturally drawn. ARCAC was founded by a group of artists in 1982. The arts council, which has 200 members, is a registered non-profit community organization. It is dedicated to encouraging and promoting the arts.

The council has a reputation that stretches province-wide and nationally for its ability to generate interesting arts-based activities. Brian Muszkie serves as chair and Sophie Paskins, who is an artist herself, acts as gallery director. The work of the council is funded in part by the Canada Council for the Arts, the Province, and fundraising endeavours, including the annual Arty Party. A scholarship fund assists students of all ages who wish to pursue art-related courses of study. ARCAC recently sponsored an Instagram Film Fest at the Annapolis West Education Centre, Lind said.

“The topic is contemporary art globally,” Lind notes of the current Monday evening film screenings in the Art 21 series at ARTsPLACE. After films on December 3 and 10, he will host discussions about artistic investigation and artists’ secrets.

The Paint the Town event, which is run by the council, has been held for over 20 years on an August weekend. “It gets bigger every year,” says Lind. “There are 100 volunteers and the community is so involved.” Residents opened their porches and homes, he added, this past year on a rainy day with 80 artists in town. “People come from all across the province, the South Shore, and Halifax,” Lind said. “And it’s a fundraiser.”

Lauren Soloy is the latest artist-in-residence at ARTsPLACE. Soloy has a two-book contract with Tundra Books to write and illustrate two picture books. She will be concentrating on illustrations for her first book using a mixed-media approach. She plans to offer open studio hours, hands-on activities, and storytimes for families, along with an artist talk. She will continue her role until December 20. Soloy’s residency is supported by the Parker Mountain Wind Turbine Society.

This winter another series of film screenings will alternate between the Kings Theatre and ARTsPLACE. “We have a great relationship,” Lind says. The gallery customarily shuts down for about a month after the New Year for maintenance to occur. 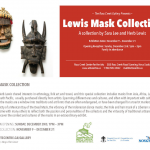