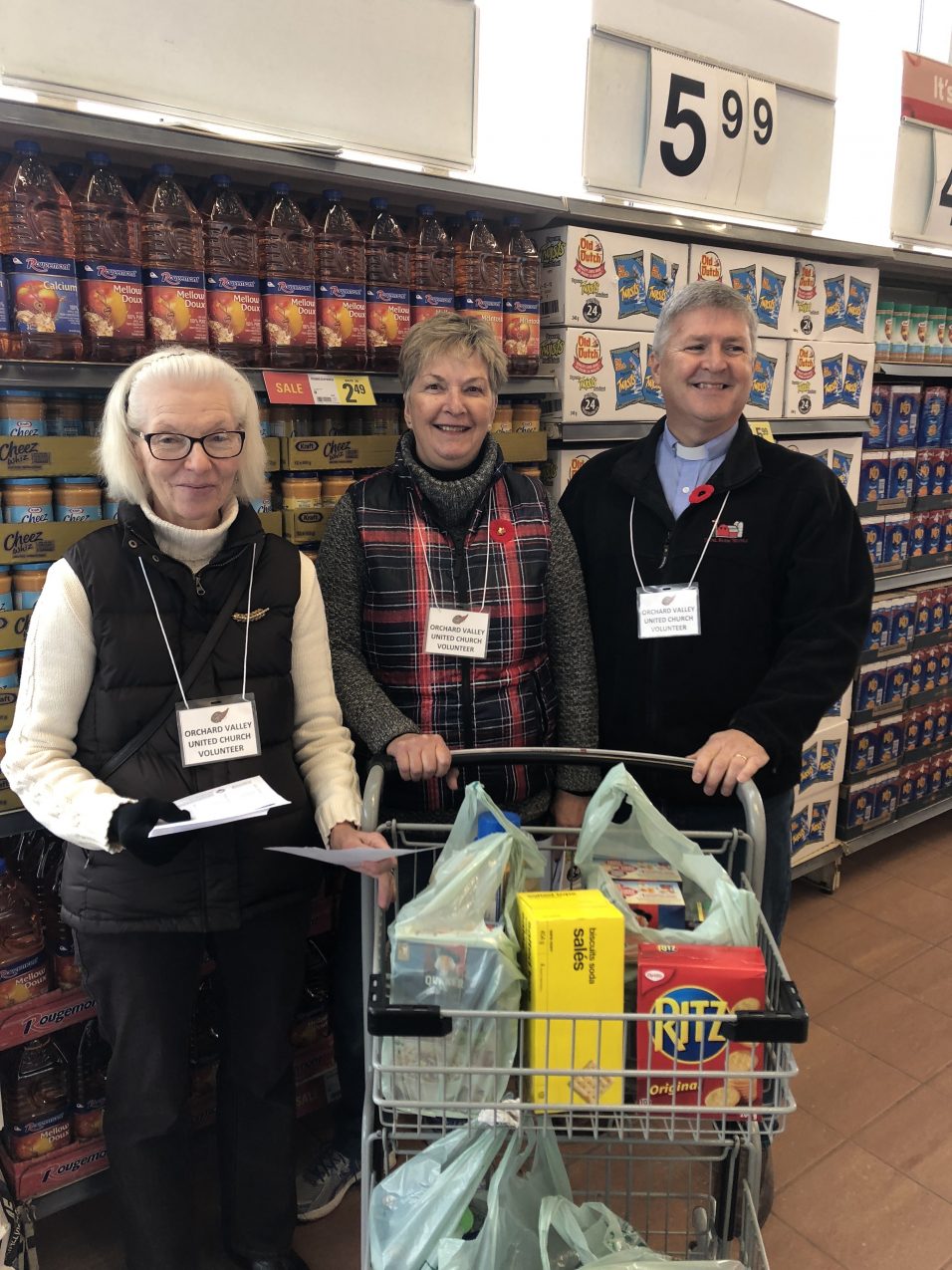 Canucopia in Support of Local Food Banks
By Sylvia Jacquard

Orchard Valley United Church recently held their ninth Canucopia in support of local food banks. Thanks to the support of Atlantic Superstore in New Minas and its shoppers, this was the best one to date with approximately 1240kg (2728 pounds) of food (including for pets), household, and personal care items collected. In total $1453.70 was donated as well.

The church holds Canucopia twice a year, in May and in October, alternating between the Atlantic Superstore and the Sobeys in New Minas. Since the beginning, Orchard Valley has appreciated the kindness of Noggins Corner Farm Market, Toyota, and The Flower Cart in loaning their vehicles so the food could be easily and safely gathered and stored.

Forty-six members of the congregation of all ages participated in the 8am to 8pm event. Tasks included handing out lists of the food banks’ most needed items, collecting food and money donations as shoppers left the store, and then wheeling the loaded grocery carts to the parking lot where items were transferred, sorted by type of food, and packed into the Flower Cart van.

At the end of the day, the van headed back to the church, where the boxes were unloaded and the last set of volunteers completed the final task: sorting items and packing the boxes for each food bank.

Since Orchard Valley counts people from all over the eastern part of Kings County among its congregation, it shares the food, items, and money collected with the Canning, Fundy Interchurch, and Wolfville food banks. Orchard Valley United Church is located at 130 Cornwallis Avenue in New Minas. 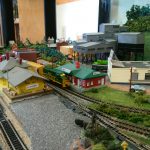 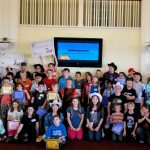