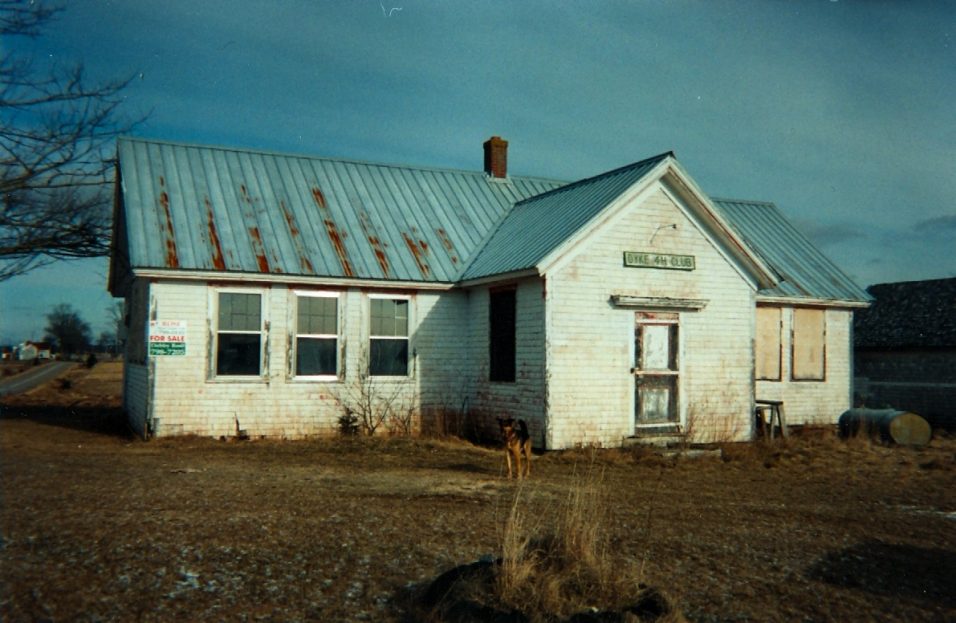 A Little Schoolhouse, A Big Part of the Community
By Emily Leeson

Back in 1999, Cameron Hartley was just looking for a little plot of land somewhere in the Valley to make his own. When he saw the real estate listing for a dilapidated schoolhouse in Falmouth, he was intrigued but he also didn’t hold out too much hope. “I thought, oh well, this is probably a long shot,” he says.

A long shot: that’s what someone might have said about Hartley’s whole trajectory from paramedic to teacher to owner of a bustling craft brewery in Windsor, NS. But that’s one little town in the Valley known for its big firsts, and over the last ten years, Hartley has refurbished that school house, made a few career changes, built up a brewery, hired a staff, turned them into a team, and done more than his fair share of community-building in the process.

And as it turned out, just as Hartley was looking to put down some Valley roots, that old Falmouth schoolhouse was indeed in need of someone able to breath new life into its walls. After a quick tour, Hartley knew he was the man for the job. With a bit of a background in carpentry, he wasn’t daunted by the work involved. He made an offer on a building no one else seemed to want, and soon enough the old Falmouth School #9 had a new owner.

“I guess I have a history of biting off a little more than I can chew,” recalls Hartley laughing.

Back then though, he was just interested in the building as a home. The renovations on the schoolhouse did take a few years, during which time Hartley took on various other adventures as well: travelling to Japan to teach English, and returning to Acadia University to get an education degree. He also got into a new hobby: brewing beer.

After inheriting some brewing equipment from a friend, Hartley started translating his passion for engineering into building a better beer. The hobby gradually grew into something bigger, and bigger, and bigger.

By 2008 he was ready to register Schoolhouse Brewery and start building his business in earnest. The aim was to produce great beer that honoured the connection Hartley had to the schoolhouse and fostered the spirit of the community he was now calling home.

By 2013, he was ready to sell some beer. “In June 2014, the first pint of Principal was poured at the Library Pub in Wolfville,” remembers Hartley. Pretty soon it became clear that Hartley’s basement, the site of the operation at the time, was not going to be able to meet the demand for the products he was brewing. In 2017 the brewery moved into its new location.

Now situated on Water Street in Windsor, the Schoolhouse Brewery has lit up its corner of the town and brought another dose of new life to the waterfront. With the move, Hartley was able to upgrade the brewery equipment, and the brewers are now able to ferment, cool, carbonate, and package all of their products in-house. About a year ago, a kitchen serving lunch and dinner was added.

“I’ve gone from a very small brewery of one to two people to thirteen people on staff, eight full-time,” says Hartley. When the brewery first started, he was brewing about 150L a week. These days, though the production is seasonal, during the summer months Schoolhouse is producing 2500L a week. Their beers are even available at the NSLC.

Hartley’s role has changed as the brewery has grown. “The creative side of things, and the value of artistic talent, is something that I’ve grown a tremendous appreciation for,” he says. “I get fun ideas in my head, but I need to work with people who have talents that I don’t in order to make it happen.”

Building up his team is something Hartley is extremely proud of. A lot of the Schoolhouse Brewery employees have developed their skills on the job. “Giving people enough responsibility to get themselves in trouble — that’s how people really excel,” he says. “We’ve got a really positive vibe among our staff.”

Being a part of the community has also been an important part of growing the business. Schoolhouse Brewery sponsors a soccer team, they’re an Arts Education Magnate Partner of the Quick As A Wink Theatre Society, they’re part of the Avon Farmer’s Market, and they’re playing an integral role in the Avon River Days Festival.

And the original schoolhouse, old Falmouth School #9? It’s still in service, these days as home to Hartley, his wife, and their two daughters.

“I’ve never actually been part of a small community before,” says Hartley. “Now that I have an actual bricks and mortar business, my commute is ten minutes. I can bike to work even. I really feel more part of the community. I always said I’m not going to move closer to work, I’m going to move work closer to home.” 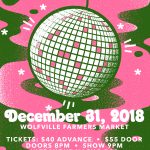