On January 20, Québec star Pierre Lapointe and celebrated classical musicians Philip Chiu and Cameron Crozman will come together to present an exciting French-themed concert. In a “Musique de Chambre” treatment, they will perform songs from Lapointe’s recent recording, La Science Du Coeur, re-imagined here for piano, cello, and voice, as well as a selection of works by iconic French composers such as Chopin, Poulenc, and Debussy.

Pierre Lapointe is a chart-topping leader of “La Nouvelle Chanson Française” who is known for his ground-breaking collaborations with established classical artists. He actually made history in Québec when his career-defining record, Dans la Forêt des Mal-Aimés (In the Forest of the Un-Loved), became a triumphant concert with Yannick Nézet-Séguin’s Orchestre Métropolitain, in front of a Montreal audience of over 100,000.

Pierre Lapointe is not only a star in Québec, where his work has won him 18 “Prix Félix” (Québec’s Juno Awards), but also a critically acclaimed artist in France, where twice he received the “Grand Prix de l’Académie Charles Cros,” the most prestigious music prize in the francophone world. Clearly, there is a lineage from Brel to Gainsbourg to Lapointe.

Accompanying Lapointe, Philip Chiu is one of our country’s most sought-after chamber musicians, described as “… a pianist-painter who turns every musical idea into a beautiful array of colours” by La Presse. Cameron Crozman is being hailed as one of Canada’s foremost young cellists, and a musician of “stunning panache” (resmusica.fr). 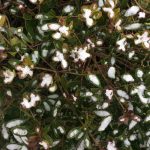 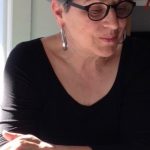