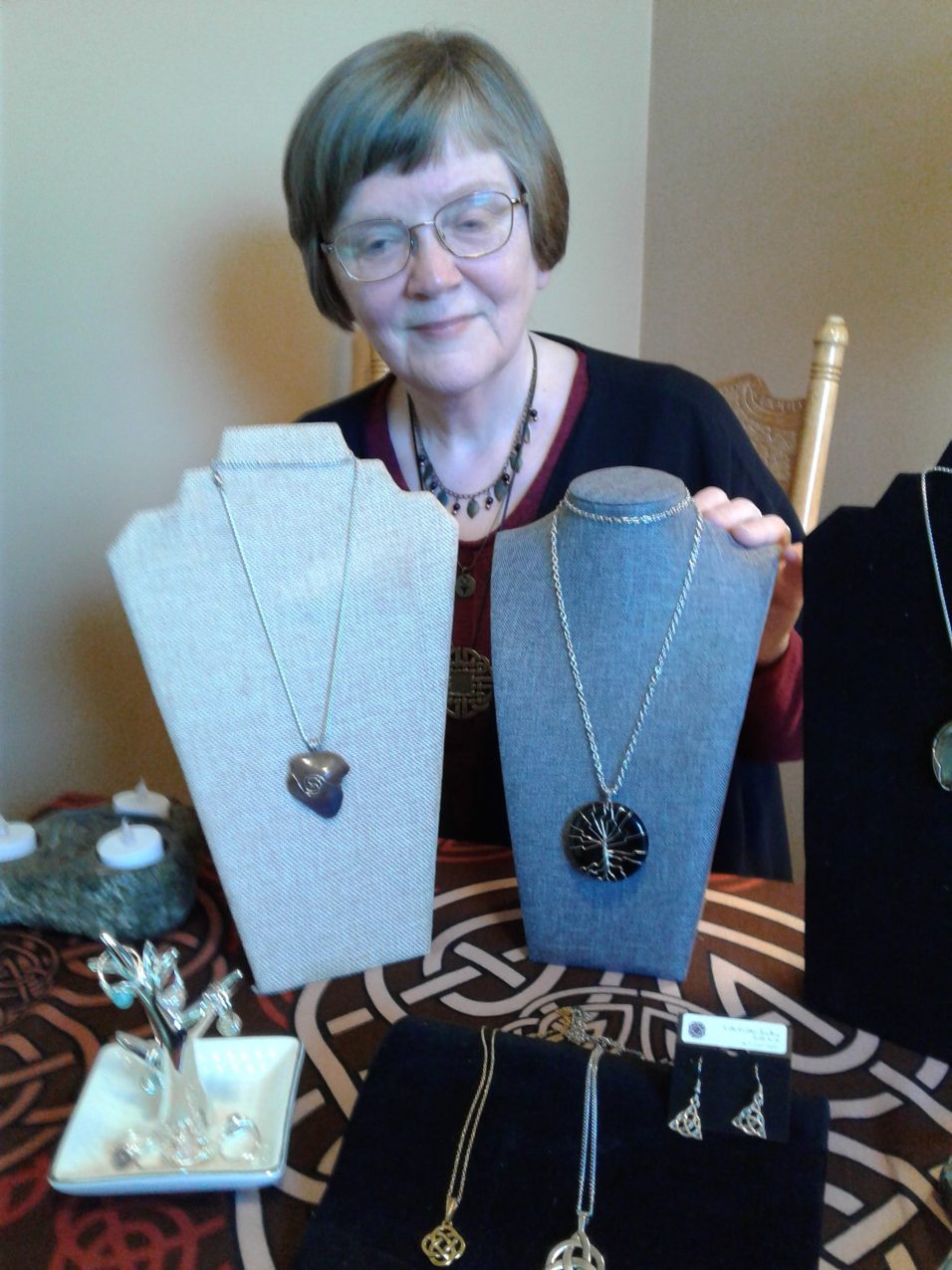 Judith Smith’s Celtic Goddess Jewellery is an expression of joy. A joyful passion she first discovered 23 years ago when she began studying Celtic spirituality. Judith was born in Windsor where her family has lived for seven generations. Thirty years ago she moved to Wolfville and worked as an assistant loans officer until a sudden environmental illness forced her into early retirement. It was a time to rethink her life, and her doctor recommended a book that might help. That book was Anam Cara, a classic of Celtic wisdom by the Irish author John O’Donohue.

Judith felt like she had come home, immediately identifying with the ancient traditions and the interconnectivity of life. In a wonderful twist, the sensitivity that led to her illness also put Judith in tune with nature, which is a cornerstone of Celtic tradition. She immersed herself in extensive studies and as her knowledge grew over the years, she began to write and teach others. Today, Judith continues to teach and also does Celtic tarot card readings. As she explains, “this is my life. Celtic spirituality is a lifestyle and I live it.”

About fifteen years ago, Judith was inspired to create Celtic jewellery and, admirably, taught herself the necessary skills. She honours the traditional Celtic patterns in her design work and assembles the jewellery using quality metals and precious stones including agates from the Bay of Fundy shore.

Each piece of jewellery comes with a card describing the story behind the design. Many of her necklaces and earrings feature traditional designs such as the triquetra, or trinity knot, a symbol for the triple aspects of the Celtic Goddess of maiden, mother, and crone. Another favourite is the Celtic cross, representing the four natural elements of earth, air, water, and fire. Judith also hand weaves delicate silver wires to adorn certain pieces, or to create fundamental elements like the tree of life, which she then wraps around a carefully chosen gemstone. A variety of dainty rings feature pastel stones in pink and blue reminiscent of Easter eggs. These are a reference to the Celtic Goddess Eostre, the goddess of spring, of renewal and fertility. Nothing in these designs is by accident. This is jewellery born of ancient wisdom and tradition. In Judith’s words, “I design jewellery that expresses balance and harmony. It is always a surprise to find beauty while blending nature and Celtic symbolism with bold or subtle colour.”

Judith smiles at the mention of Saint Patrick’s Day. The much-celebrated holiday has a strange and complicated history. A boy from Britain kidnapped and sold into slavery in Ireland, escapes and later returns to bring Christianity to the Pagan Celts. Most people know that Saint Patrick drove the snakes from Ireland. The snakes however were not literal snakes, but a symbol for Pagans, specifically the Celts. In any case, the holiday today celebrates all things Irish, and that includes many a Celtic tradition.

Judith’s Celtic Goddess Jewellery is available at the North Mountain Market in Harbourville every Saturday from June to October. On March 6 and 20, Judith will also be at the Kentville Farmer’s Market, and on April 6 at the Wolfville Legion Craft Fair. Those interested in learning more about Celtic spirituality or her jewellery are welcome to email Judith at judiths@ns.sympatico.ca. 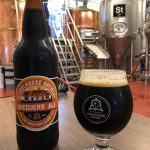