Recently I was lucky enough to meet with nine NSCC addictions community outreach students deep in a planning session for the first Pull Back the Curtain symposium, which will focus on four areas of stigma: addictions, mental health challenges, disability, and suicide. Different components of the event are being supported by students in different programs.

When I asked students why they were taking on a project of this magnitude, one student noted the importance of acknowledging that these challenges exist. “It’s [about] helping to normalize these issues and reduce stigma,” they said. For another student, “it’s a conversation starter. We’re not solving anything, but we are building awareness and talking about it in the open”.

The idea for the symposium came from the students’ instructor, Brenda Wallace-Allen. She had attended a provincial conference that had a high registration fee. She felt that NSCC could offer something similar free of charge.

Originally planned to be a half-day event, the students brought so many ideas to the table that it turned into a two-and-a-half-day program. The students reflected that working on the event has taught them about teamwork and group dynamics. “We’ve needed to bring different perspectives together,” one noted.

The symposium launch will be held on Sunday, March 31 at the Hardware Gallery in Kentville from 2pm – 4pm. This will be also a chance to view a photography exhibit taken by individuals expressing what stigma means to them.

Two full days of programming on April 1 and 2 will include guest speakers, workshops, and an information fair, all held at the Kingstec campus. Each afternoon will feature films, including The S Word, and short films from the Bluenose Abilities Film Festival. On Tuesday, participants can attend a 4-hour workshop on trauma-informed practice.

The students hope that after this year of planning they can pass their work on to the next year of students, making this an annual event. “We can pull back the curtain further each year,” adds Wallace-Allen.

Visit ‘Pull Back the Curtain’ on Facebook or Eventbrite. Spaces are filling up! 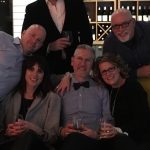 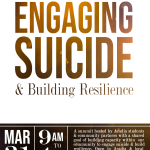