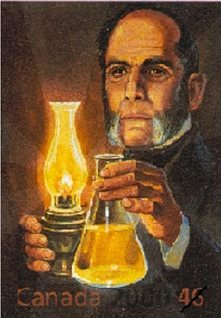 A Commemoration of Abraham Gesner
By Bria Stokesbury

In early May of this year a new bronze sculpture of acclaimed Canadian physician, geologist, and inventor Abraham Gesner (1797-1864) will be unveiled in Chipman Corner, Kings County. Located on the grounds of an existing Parks Canada monument, the new sculpture commissioned by philanthropist Allen Eaves has been created by renowned Canadian sculptor Ruth Abernethy (two previous works by Abernethy can be found in Wolfville and Kentville). Gesner is credited with the invention of kerosene.

An article on Abraham Gesner is found in Volume One of the series, Kings County Vignettes, published by the Kings Historical Society. An excerpt is reprinted here:

“On the road from Chipman Corner, Church Street, south to Belcher Street, stands an impressive monument on a well landscaped site. This was erected by Parks Canada to honour Abraham Gesner. It is very easy for those not aware of this site to drive blithely past as it blends in with the lawn of this house next to it which was the Gesner house.”

The following brief history can be found in the cover notes of Joyce Backhouse’s book on Abraham Gesner:

“Abraham Gesner discovered the process whereby hydrocarbons such as asphaltum and petroleum could be distilled to yield lamp oil.

Born and raised in Cornwallis (now Chipman Corner), Nova Scotia, Gesner was one of the liveliest, oddest, and most gifted figures of his day in British North America. He trained as a physician in England but preferred geology to medicine, and had the honour of being appointed New Brunswick’s (and Canada’s) first official geologist. He also founded Canada’s first public museum and wrote several popular, and still valuable, works on the nature features of the Maritime provinces.

His biography provides a rich impression of life in Atlantic Canada’s heyday, when Joseph Howe was struggling for responsible government, Judge Haliburton was writing Sam Slick satires, and Bluenose vessels were sailing proudly all over the world. The Gesner family is an interesting illustration of the blending of cultures which produced an illustrious Canadian.

Major Abraham Gesner and his twin brother, Col. Henry Gesner, came to Canada from Tarrytown, New York in 1783. They were United Empire Loyalists and served with the King’s Orange Rangers. When the Rangers were disbanded in Saint John, New Brunswick, the Gesner brothers came to Cornwallis in Nova Scotia as farm hands. Both were very proud of their German-Swiss ancestry and of their loyalty to the British Crown.

Major Abraham Gesner located in Annapolis County, where he had a large estate, and in 1824 became a member of the Provincial Assembly. Col. Henry Gesner settled at Chipman Corner (and married Sarah Pineo, who was of French Huguenot descent). It is their first son in honour of whom the monument was erected.

Abraham Gesner would have attended a one-room school provided for by his parents with few facilities and often poorly trained teachers. The boy showed no taste for farm work and with his friends began doing experiments in a “laboratory” in a shed at his home. They also spent many hours exploring the Bay of Fundy shore and collecting specimens of rocks.

From these humble beginnings and with what must have been an understanding family, Abraham Gesner went on to a varied, interesting and adventurous career, which merited a national memorial beside the home where he grew up.”

Gesner has been commemorated in books, on Canadian postal stamps, with a national monument and now with this new and exciting bronze sculpture, which is scheduled to be unveiled on May 4. 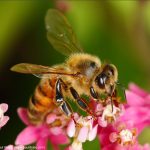