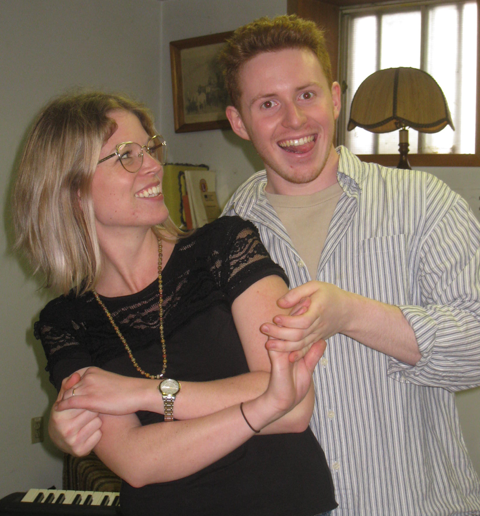 Stage Prophets to Perform Fiddler on the Roof
By Wendy Elliott

The classic musical, Fiddler on the Roof, is set for May 16 – 19 in Wolfville.

The award-winning tale of Tevye the dairyman and his family’s struggles in a changing Russia is a true musical theatre tradition. Stage Prophets will bring it to life on the Festival Theatre stage for four evening performances and two weekend matinees.

Winner of nine Tony Awards when it debuted in 1964, Fiddler on the Roof was the brainchild of Broadway legends Jerome Robbins and Harold Prince. Touching audiences worldwide with its humour, warmth, and honesty, this universal show is a staple of the musical theatre canon.

Set in the little village of Anatevka, the story centers on Tevye, a poor milkman, and his five daughters. With the help of a colourful and tight-knit Jewish community, Tevye tries to protect his daughters and instill them with traditional values in the face of changing social mores and the growing anti-Semitism of Czarist Russia.

Rich in historical and ethnic detail, this musical’s universal theme of tradition cuts across barriers of race, class, nationality, and religion, leaving audiences crying tears of laughter, joy, and sadness.

With iconic and beloved songs including “Sunrise, Sunset,” “If I Were a Rich Man,” and “Matchmaker, Matchmaker,” Fiddler on the Roof is the perfect mix of audience-pleasing humour and heart.

This year Stage Prophets is presenting their 17th production with Mary Hanneman as director. More than 100 people of all ages and communities have gathered in preparation for this production.

Evening performances are set for 7pm, while the matinees will be at 1:30pm. Tickets are $20 and available online at boxoffice@acadiau.ca, and in person at the Acadia Box Office, Box of Delights Bookstore, Wolfville, and Occasions Gifts and Décor in Kentville.

Photo: Performers Emily Lutz from Rockland and Isaac Payne from Kentville rehearsing for Fiddler on the Roof. 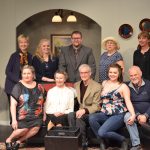 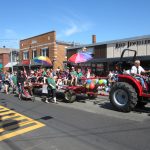