This year, Uncommon Common Art (with help from The Grapevine) will have a special float in the Apple Blossom Festival Grand Street Parade. We’re proud to introduce you to Jessica Winton, the artist behind ‘the work of wolves’ the 2019 UCA Parade Float.

Who:
My art practice is based in Halifax, though my projects often carry me off into the streets, woodland, and open fields. As an advocate for art in the public realm, my Ris Publica body of work includes gallery exhibitions and participatory events, such as parades.

What:
I have been commissioned by Uncommon Common Art (UCA), with the support of Arts Nova Scotia, to create a parade float that represents the UCA organization and gives exposure to the programs and opportunities that it offers. With a program dedicated to presenting meaningful contemporary public art to the local audience, this giant piece, titled the work of wolves, alludes to how Uncommon Common Art operates in the public realm.

How:
I conceived of this work after visiting Amazing Savingz warehouse in the Burnside Industrial Park, where they’ve had a giant sheep on display for the past while! I have been modifying the original, removing parts and adding parts to transform it into a giant ‘wolf in sheep’s clothing’. It’s a mixed media project, with zippers and fake teeth, that will be rolled along in the parade by several UCA community members on a customized cart.

Where:
The work will be shown in the upcoming Apple Blossom Parade on June 1, and travel for storage to Longspell Farm, owned by Jeff and Paula McMahon. They are supporters of Uncommon Common Art and, enviably, hosted artist Ericka Walker’s installation last year. We haven’t arranged permanent public display of this work yet, but we will keep you posted!

Why:
In discussion with UCA director Terry Drahos, we recognized that public art can be a powerful tool when deftly wielded, though typically unrecognized because it is also a valued experience. This prompted me to use the ‘wolf in sheep’s clothing’ metaphor as a basis for the work. We also thought the sheep/wolf dynamic was apt for the rural environment where the artwork will be seen. 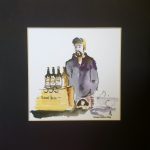 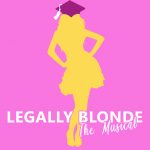