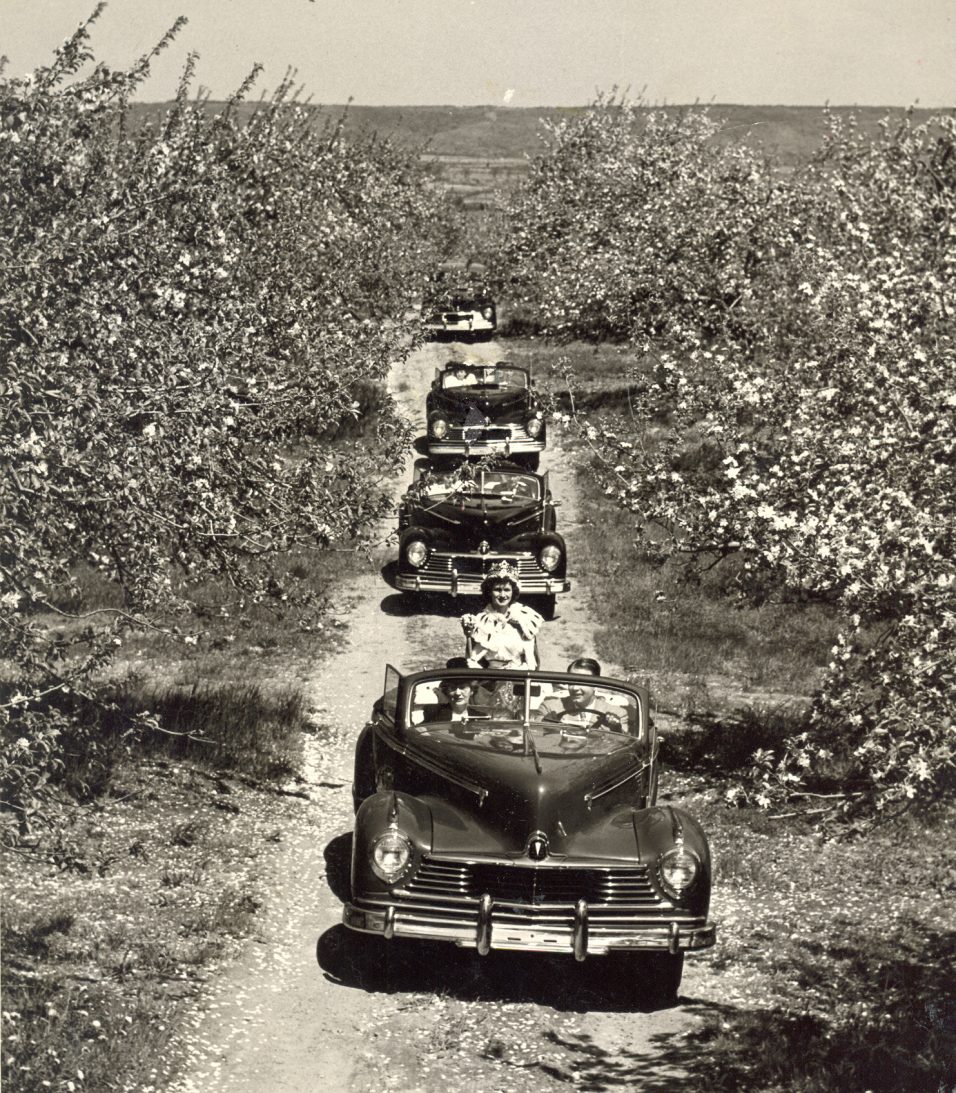 Jennifer Gerrits was a summer student at the Kings County Museum in 1999 and 2000 working as an archivist/conservator organizing and indexing the administrative records of the Apple Blossom Festival (1933-1995), which were donated to the museum archives in 1999. She has continued to volunteer at the museum over the years.

It would appear there were several reasons for the creation of the Apple Blossom Festival in the early 1930s. The principal reason was, of course, an economic one. This was particularly true not only because of the Depression, but also because the British Government was ending its preferential treatment of the Annapolis Valley area as its major source of imported apples. British importers found that they preferred apples from Western Canada, Australia, and New Zealand over apples from the Annapolis Valley, largely because of improved shipping used by these other areas which resulted in their apples arriving in Great Britain in better condition than the apples received from the Annapolis Valley. Making positive changes and promoting the apple industry became the mandate of the Apple Blossom Festival. The festival was also designed to promote local talent and tourism, and the only stipulation placed upon the festival was that it must be self-supporting.

According to Harold Woodman, in his book A Pictorial History of the Apple Blossom Festival, in the late 1930s, the Valley area in general witnessed an influx of tourists and growth in the number of businesses which catered to the tourist trade. The Canadian Pacific Railway and Dominion Atlantic Railway were the companies primarily responsible for the development of the Annapolis Valley as a tourist attraction. These companies gave their full support to the Annapolis Valley Apple Blossom Festival. From the beginning, the Apple Blossom Festival, and the events which surrounded it, were an important part of the Valley economy.

From its beginning in 1933, several events have been key to the festival’s continued success. These events include the pageant, with the selection of an Apple Blossom Queen, and the Grand Street Parade. In 1933, Mary Armour of Middleton was selected as the first Queen Annapolisa. Each float in the Grand Street Parade, in keeping with the theme of the festival, represented some element of the apple industry.

The organization of the events required numerous volunteer hours on the part of those involved. There were many key volunteers in the early years. One of note was G. Robert (Bob) Palmeter, a local businessman and president of the second Apple Blossom Festival. Palmeter recognized the importance of the Apple Blossom Festival as having the potential to be part of the growing tourist industry in the Annapolis Valley. Among other businesses, Bob Palmeter owned a china and gift shop, and he commissioned the creation of “Blossom Time” by the Royal Albert China Company, England. However, as a true community volunteer, Palmeter did not restrict his involvement to the Apple Blossom Festival, but was also active in other organizations which included the Kentville Rotary Club, Glooscap Curling Club, Kentville Citizens’ Band, and the Annapolis Valley Affilliated Boards of Trade.

In the early years another extremely active community member in the running of the festival was F. Hugh Burns, who began working on behalf of the festival in the 1930s and served as festival president from 1938 to 1949. According to Harold Woodman, Hugh was known to many as “Mr. Festival.” As much as Hugh Burns was a devoted volunteer within the Festival, it could be argued that his wife, Bella Burns was even more devoted.

In those years Bella Burns served as secretary-treasurer of the festival, and as such it can be assumed that she was not only responsible for making sure that all of the finances were available at festival time, but also undertook most of the correspondence with those who wished to be part of the festival, whether they be parade entries or entertainers. What is apparent from the material left by Bella Burns is that she was a devoted volunteer. She not only cared about the festivals she helped to produce, but was also concerned with the preservation of festival history and record-keeping.

We are indebted to Edwin G. Coleman, who kindly drew to our attention a small error above. Mr. Coleman notes:

“Overall, Jennifer Gerrits had an excellent overview of the festival and its origins. However, the “Mr. Festival” Gerrits mentions wasn’t Hugh Burns but Frank J. Burns. Hugh Burns likely was a festival volunteer, along with Bella Burns, but he came along well after Frank J. Burns was involved in getting the first festival underway.”

We apologize for any confusion this error may have caused. 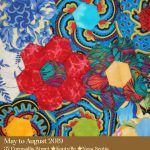 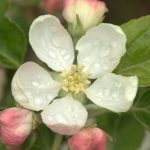