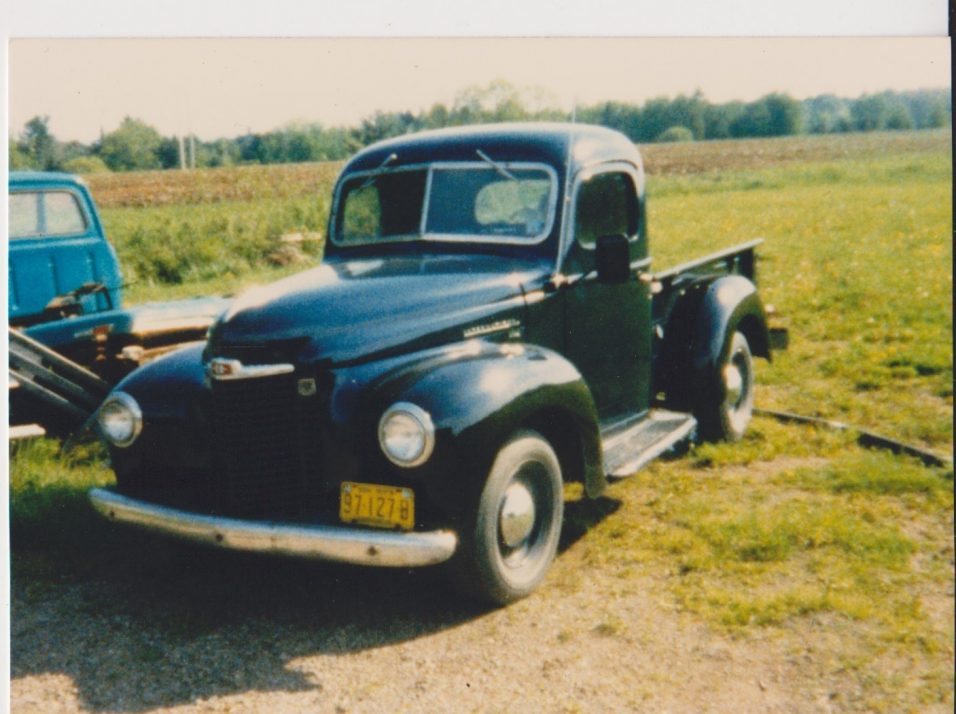 Eric George and his wife, Rosena, live in Greenwood in a house conveniently located beside Eric’s workshop. Eric is a jack of all trades and has been the go-to guy for any problem mechanical for as long as I can remember. Welding and metal fabrication have been his main claim to fame over the years but it doesn’t end there. The saying goes: “If Eric can’t fix it, it can’t be fixed.”

Over the years I have shown up at his shop with a host of problems and have always come away with something repaired, altered, or at least explained. Recently I drove into his yard and confronted him with a problem that several so-called high-tech business fellows were unable to help me with. After a quick assessment, Eric took the tiny component that was part of my disabled backhoe hydraulic system and had it in a bench vise performing his magic. When he finished refurbishing the damaged part, something accomplished in a matter of minutes, he moved over to the other side of the shop where an old pickup truck was parked.

Placing his hand on the dusty hood, he turned to me and said, “Do you know whose truck this was?”

I did not, so he proceeded to enlighten me.

“This truck was purchased brand new by Percy Graves in 1948.”

I had known Percy Graves. He was a clever, well-liked old guy who had lived not far from our place. A beautiful well cared for birch grove that greeted you when you arrived at his neat little farm spoke to his sensitivity, and since he was known for his sense of humour, I’m sure he wouldn’t have minded me paraphrasing the story that Eric shared with me that day.

Eric went on to tell me, “When the air base at Greenwood was built, things in the Valley began to change.” All around him, Percy Graves was seeing his neighbours forsaking their oxen and horses for tractors and motor vehicles. Percy was one of the last holdouts, but by 1948 he got tired of his neighbours zooming by his horse and buggy in their fancy cars and trucks and decided to leap into the twentieth century and buy himself a new pickup.

Somehow he got down to Middleton to buy his shiny new 1948 International KB1 pickup from the Reagh Brothers dealership. Maybe his horse and buggy served as a trade-in. In any event Percy found himself in faraway Middleton in possession of a vehicle that he had no idea how to drive.

The salesman at the dealership explained how to start the rig and how the clutch and gearshift worked. He then pointed in the direction of Kingston further down the Valley and waved goodbye as he sent Percy sputtering off. Word has it that he passed through Kingston hell bent and nonstop and finally came to a halt several miles down the road in Aylesford. It’s known that he gassed up in Aylesford before attempting to make it up the mountain and over to Punch Hill for the final ascent to his property. It was on that final ascent that disaster struck. The necessity of gearing up or down was not a concept that Percy had yet to come terms with. Halfway up the steep hill the truck lost power and started rolling backwards. Mistaking the brake pedal for the clutch just enhanced his rapid decent.

It’s not known how helpful neighbours got the truck out of the deep ditch where it had come to a halt at the base of the hill. It would have been painfully ironic if a team of horses or oxen had been necessary to extract it. It seems that at this point Percy got some more rudimentary instructions from someone who happened by and was familiar with the operation of his newfangled machine because once again Percy got behind the wheel and roared his way back up Punch Hill toward the entrance to his farm. The sharp turn toward his home was the first complicated manoeuver Percy had tried and he was so excited he forgot to release the steering wheel to straighten out again and unfortunately the truck continued in its arch until it crashed to a bone shaking halt against a stone wall. The new truck was badly damaged front and back but as Percy might have put it, “It didn’t hurt the runnin’ of her none.”

Percy eventually mastered the operation of his truck and used it, and other motor vehicles, for many years. He even became a snowmobile enthusiast in his later years.

The old truck had passed through several hands before Eric rescued its remains in 1972, when what was left of it sat rusting on a refuse pile up on the mountain. There was no motor and no sign of the truck’s box. Later Eric found a motor he could rebuild and was making plans to fabricate a new box when he got word that there might be a suitable damaged replacement in a dump some distance away. On arrival at the site he found the box he’d heard about shoved into a pile of scrap waiting to be shipped off for salvage. When he brushed away the dirt and grease from the license plate on its bumper, he was astounded. It matched the plate on the front of the old truck. He had found the original box!

It took years for Eric to fully restore the truck to its former glory, even correcting the old damage Percy had inflicted on it twenty-four years earlier but the result was worth the effort. I’m sure that if old Percy had looked down from a place much higher than his old mountain home he would have been smiling as he watched Eric and Rosena travelling the roads and competing in antique vehicle shows with his once hard-won proud possession.

Photos: Percy Graves; The truck restored by Eric George in 1975 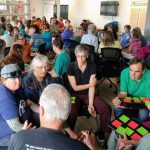 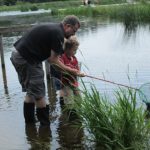