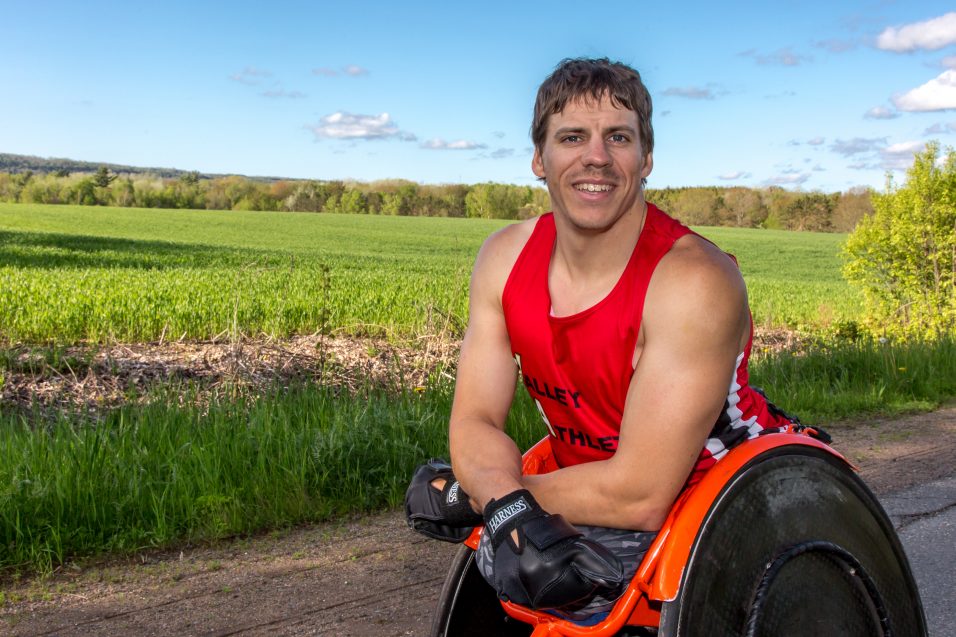 Who’s Who: Ben Brown: Star Athlete on the Right Track!
By Mike Butler

Ben Brown has got all the right wheels turning for success! Ben is a probably a familiar name to almost everyone here in the Valley and beyond and I’m so excited to finally feature him in my column. Ben is a positive, hardworking, inspirational force here in our community and that inspiration has touched so many lives. Now Ben can add a little Grapevine fame and recognition to his long list of accomplishments.

Ben was born in Weston, Nova Scotia but is currently residing in Cambridge. He is about to graduate from Nova Scotia Community College Kingstec Campus with a diploma in business administration, so look out business world because you’re about to meet a force to be reckoned with!

Ben describes his job and profession, respectively, as a semi-professional wheelchair racer and a future entrepreneur. These are bare-bones descriptions of what Ben has accomplished and what he does for a living. Ben has been in newspapers far and wide and travelled to many places all over the world as a wheelchair racer, and it’s a sport he is very passionate about.

On how this all started, Ben notes, “I randomly met my coach Ueli Albert at the Starbucks on Robie Street in Halifax. He noticed I was wearing a wheelchair basketball t-shirt and asked if I knew his professor at Dalhousie. We have been working together since that day. I started wheelchair racing in May of 2009 and my first race was in June. I went to my first of four (one for basketball) Canada Games that summer. This is my 10th year racing and 6th at the world level. I have graduated from NSCC twice before but could not land a job while being a full-time athlete, which leaves it hard for me to work due to the commitment required to train and compete at the level I am at. But, it’s all about balance and organization and I’m at a good place now.”

Ben knew he needed to be self-employed at some point. Originally he was looking into the field of sports marketing since he prides himself on being good at self-promotion and promoting other athletes. He did a mini business venture project and that essentially switched his mindset to becoming an entrepreneur: “I am looking to start selling t-shirts in the near future and start developing wheelchair racing parts that help athletes go faster,” he says.

In order to accomplish these things, Ben has a very strict training schedule. Of his training he says, “initially it was 2-3 times per week in the chair, but by fall of 2013 I started doing twice a day training 4 out of the 6 days per week. I am now training twice a day 6 days a week. Plus, two of those days I am in the gym currently at Acadia Performance Training with Elie Maroun, so those days I am training 3 times (two chair and a lift). Usually one workout is a long push (10-21km) and speed/interval workout. There are recovery weeks. I average 120-140km per week of mileage during the season and 160-200km of mileage during the off-season.”

And what how that hard work rewarded Ben? Well, he has competed in four Canada Games, he’s a four-time Canadian Champion, three-time Canada Games medallist, and is the current Athletics Nova Scotia record-holder in wheelchair 100m, 200m, 400m, 800m, and 1500m. Ben also just shattered his own 5000m record (twice in seven days) recently at the Swiss Games, just to name a few !

Ben’s certainly heading in the right direction for a successful future. He lives in the moment and stays focused but there’s always that need to look ahead and set goals. Ben will hopefully represent Canada at the 2019 Para Pan-American Games (August 23-September 1 in Lima, Peru), represent Canada at the 2019 World Para Athletics Championships in Dubai, UAE (November 7-17), and potentially Race the Oita International Wheelchair Marathon following the world champs. Ben is also slated to soon start his t-shirt line, is preparing for the Tokyo 2020 Paralympics, and has his eyes set on the Boston Marathon at some point. If you ever see this very approachable young man in your travels, make a point to shake his hand and get to know him a bit!

And what does Ben love most about this area? “The Annapolis Valley is such a caring place. We look after each other. There is a lot to do, you just have to find it. The fact that I can train on the road and have tons of support from the people: if I need to get to a competition someone is always willing to help, and the fact that we have sports programs that develop athletes to reach a high level is awesome.”

Well, to Ben Brown, star athlete, thank you for being an inspirational member of our community and our world. 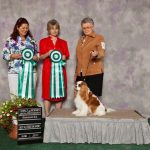 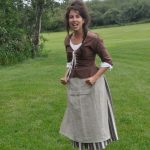