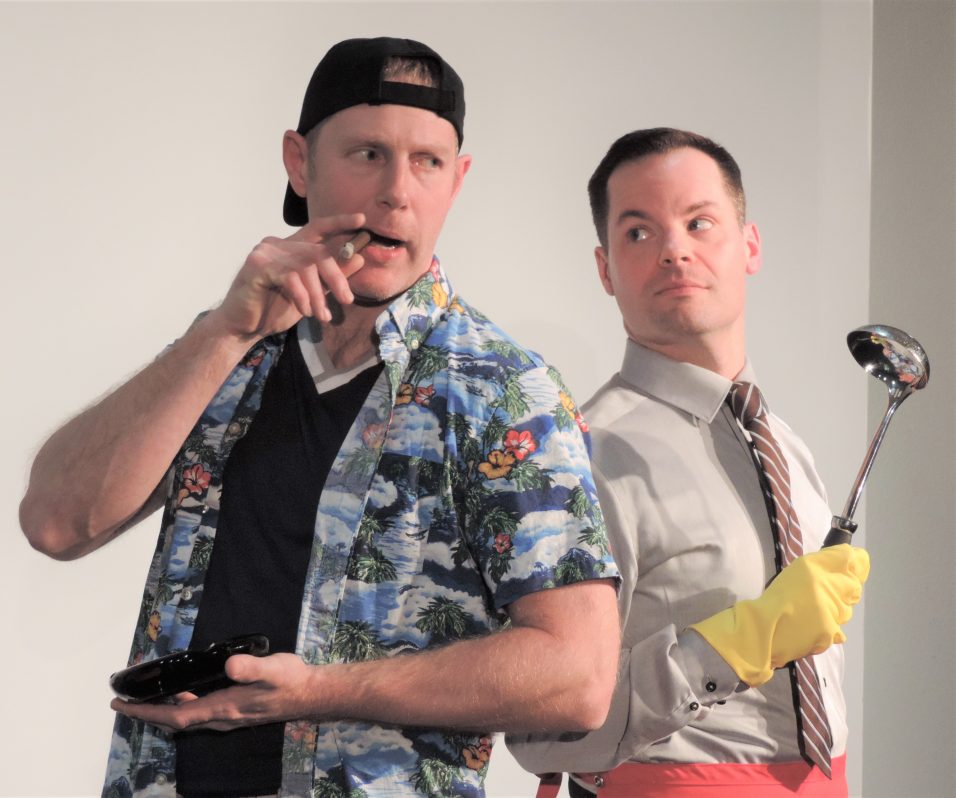 I had the opportunity to go and see Neil Simon’s The Odd Couple at CentreStage Theatre, directed by Junie Hutchinson.

The first act’s sole scene of Oscar (Ian Grainger) and his poker buddies sitting around the card table and playing their weekly game gives the characters in the supporting cast a chance to shine, and none of them disappoint. The players in the roles of Murray (John Smith) and Speed (Alan Slipp) are absolute standouts. Oscar himself plays a more subdued role, entering the scene after a bit of dialogue from his buddies and staying somewhat quiet up until the entrance of Felix (Mike Butler). From the mention of his wife’s announcement of divorce, through his arrival at the apartment, the scene becomes riotous and hectic, with Oscar and company attempting to keep Felix from any means of perceived suicide. The scene ends, and after the intermission the apartment has been cleaned top to bottom and the game night is going steadily. The supporting cast are amazing once again, but it is now that the main characters, Felix and Oscar really get to shine.

As each of the supporting cast members excuse themselves, the chemistry between the two players in the central roles becomes more evident. Butler and Grainger’s performances are both outstanding on their own, and when they are playing off each other, the jokes never fail to land. The two actors’ sense of timing is truly something to behold.

On top of great actors, however, the costumes, set design, and lighting are just as spot-on. The costumes are authentic to the time period, and the set and props have been selected from genuine antiques to truly transport the viewers to the 1960s. Half the cast can be seen puffing on (water vapour prop) cigarettes throughout, and the lighting fits the occasion, from the dim lighting of the poker game at the show’s beginning, all the way to the fade to black at its very end.

All in all, The Odd Couple as directed by Junie Hutchinson is a delight from beginning to end. I personally look forward to attending another CentreStage production in the future, and if The Odd Couple is any indication, I’m sure to have just as good of a time. 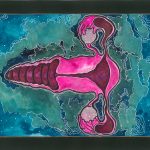 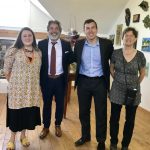