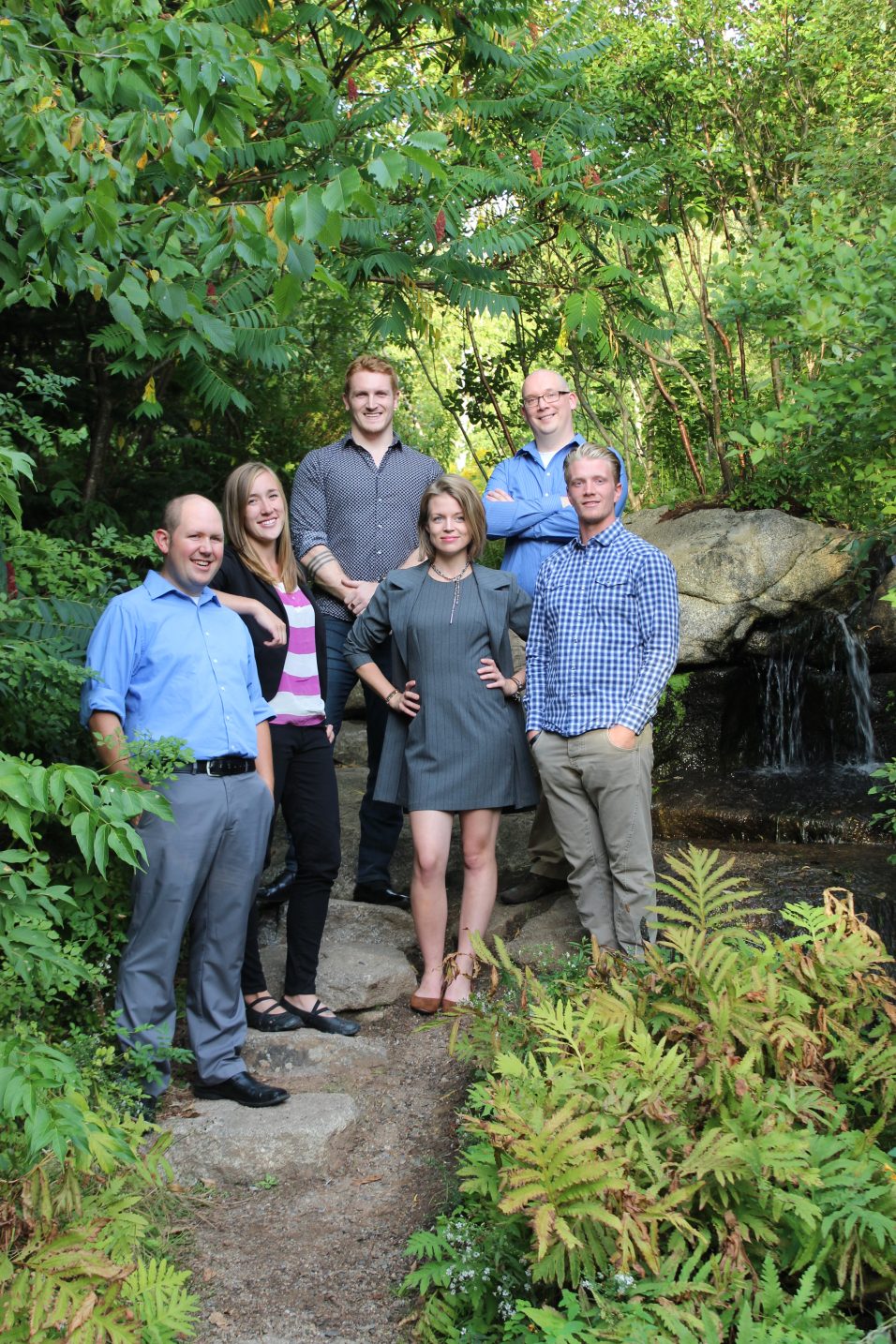 Stepping Up: Youth and the Municipal Elections
By Genevieve Allen Hearn

Let’s talk about youth engagement in municipal politics. Voter rates among young demographics are appallingly low (in Kentville’s last election, for example, only 11.2% of people in their 20s voted, compared to 54.8% of people in their 70s), and it is uncommon to see anyone under the age of forty on Council or Advisory Committees. The common narrative that exists is that youth are apathetic. However, when you start to unpack this issue, it is clear that there is more to it than meets the eye.

The Bad: The Real Reasons Behind Lack of Youth Engagement

The County of Kings Youth Engagement Working Group – formed in 2016 as a response to the Kings Community Engagement Strategy – conducted a survey among Kings citizens ages 13 – 30. The results showed the major barriers to engagement were that youth were unsure of what their Council does, they were unsure of how to appropriately engage with Council, and they lacked confidence in Council’s willingness to listen or be open to change even if they were to engage. These reasons for abstaining from civic engagement show how our current governance system is failing youth.

In Nova Scotia, there is limited focus on civics and local governance in High School. Unless students are taught about municipal politics at home, they have very little context when they become eligible to vote. Secondly, there is a breakdown of communication. If young people do not know how to engage, then the information is not getting out in generationally appropriate ways. And finally, a lack of confidence that Council will listen reveals a history of not feeling valued. I’ve personally experienced many instances where leaders talk about youth retention, without asking for input from the youth in the room. Or worse, these conversations happen in forums where youth are not invited to participate. As a result, youth have observed that decisions are made for them, and not with them – even if these decisions affect them and their futures.

Fusion Annapolis Valley, a networking organization for young professionals, conducted their own survey to gather information about how young professionals perceive the upcoming municipal election. Their survey corroborated the results from the Youth Engagement Working Group survey. The general consensus among respondents was that, “the municipal government doesn’t appear to have the interest of youth and young professionals as a high priority. There does not seem to be much awareness of the needs, supports, and barriers that are unique to the Valley’s young people.” Furthermore, the results showed, “a lack of information and lack of effective communication of how to effectively contact the municipal governments and what their specific roles are in people’s everyday life.”

It’s evident in the results of both surveys that youth do not see themselves, or the issues they care about, reflected in municipal politics. Let’s reverse the roles for a moment. Imagine a Council made up of only 20 and 30 somethings. Do you suppose someone in their 60s or 70s would feel adequately represented? Would they have confidence that Council clearly understands their issues? Do you think there would be feelings of futility because there was no one on Council to validate their reality and give consistent voice to their concerns?

If Councils continue to be as diverse as the cast of Friends, then engagement will continue to reflect this lack of diversity.

So, here’s the good news. Both of the surveys of youth conducted in Kings County showed large percentages of youth declaring a willingness to engage with municipal politics in the future.

We’re already seeing evidence of this in the 2016 municipal election. Young candidates are stepping up to the plate, hoping to change the face of municipal politics. This year, there are at least five people under the age of 35 running for Council in their respective Towns or County. Even if they don’t get elected, these individuals are modeling youth engagement practices and have the potential to capture the attention of other young citizens. Like Trudeau’s campaign turning the tides on youth participation in the federal election, younger faces in the municipal election have the potential to generate an unprecedented interest in municipal politics among youth.

I had the opportunity to sit down with a few of the young candidates, and I must say – it was very refreshing. I liked that it didn’t feel like anyone was feeding me rehearsed platitudes. My questions seemed to both challenge and delight the candidates. Their energy was palpable.

Meg Hodges (27 years old/ running for District 1) credited a High School Civics course that she took in Ontario for her passion for politics today. Her primary motivation to run for Council is to create a better future for her son, but she also mentioned that she’s interested in tapping into a population that has not been historically engaged. “I have a different approach and campaign strategy that may appeal to a certain demographic,” she stated. When pressed on the challenges that come with working with communities of people with differing interests and values, she responded, “I’m interested in making pieces fit together like a puzzle, rather than hammering pieces in where they don’t fit”.

Emily Lutz (27 years old/ running for District 7) is also a young mother, and similarly had her son’s future in mind when she decided to run for Council. She talked about the importance of having “a diverse range of people” on Council in order to break down barriers to engagement. She commented that as Council currently stands, “It’s not a safe space for a young person”. She believes that this election will offer hope for reconciliation. Much like Meg, Emily developed a passion for politics in High School – during a mock vote at Central Kings.

Hayden McKee Godry (25 years old/ running for Wolfville Town Council) has a degree in Politics from Acadia University. He echoed the previous candidates by saying that young people do not feel represented by current Council. This is a particularly hot button issue in Wolfville, where half the population is comprised of young people during the school year. Among other platforms, Hayden is interested in being an intermediary between Acadia students and the Town.

Tyler Walsh (30 years old/ running for Berwick Town Council) commented that mutual respect is important when it comes to youth engagement. He made reference to a peer-to-peer group that he belonged to when he was a teenager, and how this provided “a safe space to learn and express opinions on various topics of teen life in a non-judgmental environment.” He went on to say, “…the conversations were crucial for developing a sense of self at that age. I think one of the biggest barriers is finding those venues to practice speaking up at a young age.”

Mark Pound (34 years old/ running for Kentville Town Council) would advise the Kentville Council to bring back citizen advisory committees, with one specifically for youth. He felt that recreational programming, the skateboard park, and other such initiatives where youth are major stakeholders should be run through this committee.

A common sentiment among all the young candidates was that youth engagement is something that takes work. It’s not enough to make tokenistic efforts to engage youth – such as asking for input, but ignoring their recommendations. Emily summed this up by saying, “Give young people a say in their community. If they don’t feel invested, they won’t contribute”.

The Future: A Growing Infrastructure of Youth Voices

Wesley Booth, Founder of We Are NS, is supporting youth to get involved by helping shape a more positive narrative in Nova Scotia through storytelling. His #Bluenoserbychoice campaign took debilitating, negative attitudes in Nova Scotia and turned them on their head so that residents gave themselves permission to start appreciating all the province has to offer. We are fortunate to have voices like Wesley, here in Kings County, inspiring youth to develop a healthy consciousness of the community in which they live.

The County of Kings Youth Engagement Working Group is now in its implementation phase, with its first goal being the encouragement of youth participation in the upcoming municipal election. The group has planned two Kings County election public forums – one at Horton High School on October 3 at 7pm (inviting all Kings Mayoral candidates and District 1, 2, 8, & 9 candidates), and the second at Central Kings on October 6 at 9:00am (inviting all Kings Mayoral candidates and District 3, 4, 5, 6, & 7 candidates). Questions at these debates will be submitted by High Schools, NSCC, Acadia University, and youth-based organizations. The general public is invited to attend.

Acadia University has also shown interest in the upcoming elections. Inspired by the success of the federal Get Out and Vote campaign, the Acadia Students’ Union (ASU) launched a municipal campaign by providing information stations on campus, an advanced poll located in the Student Union Building, and a Q & A event co-hosted by the ASU and the Town of Wolfville at the Fountain Commons at 6pm on Sept 28th.

In response to their survey showing a lack of information and effective communication as a barrier to engagement, Annapolis Valley Fusion has included a municipal elections page on their website, with a presentation that provides information on what Council does, and what makes a successful Councilor. They also held a public information session where young professionals interested in running or engaging with the election could ask questions of Returning Officers.

Before resorting to apathy as an excuse to explain the lack of youth engagement in municipal politics – consider the systemic impediments that exist to the participation of young people. It’s not easy to engage with a system that has historically seen age as a primary determinant for experience and valuable input. Youth have an uphill battle to prove that experience comes in many forms – and that the ways in which youth experience life and respond to issues in our beloved region should not be undervalued. 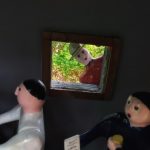