It’s a very exciting time for live theatre in the Valley, as two unique productions get ready to take the stage. I want to tell you about them so you can mark your calendars and treat yourselves to these theatrical presentations.
First up, CentreStage Theatre in Kentville, is presenting Calendar Girls, written by Tim Firth, and based on the worldwide smash hit film starring Helen Mirren and Julie Walters. When Annie’s husband John dies of leukemia, she and best friend Chris resolve to raise money for a new settee in the local hospital waiting room. They manage to persuade four fellow WI members to pose nude with them for an “alternative” calendar, with a little help from hospital porter and amateur photographer Lawrence. The news of the women’s charitable venture spreads like wildfire, and hordes of press soon descend on the small village of Knapeley in the Yorkshire Dales.
The formidable cast (in order of appearance) are Linda Levy Fisk, Nancy Henry, Carole Ball, Diana Bishop, Mindy Vinqvist-Tymchuk, Carolyn Landry, Junie Hutchinson, Michelle Herx, John Smith, George Henry, Gabe Skaling, and Jillian MacDonald. This brilliant comedy-drama is directed by Sharon Churchill Roe.
As a special bonus, CentreStage Theatre, along with Wild Lupin Media, have produced their own Calendar Girls calendar. Calendars are being sold at Kings County Home Hardware; Absolutely Fabulous Beds, Baths and Home; Stirlings Farm Market; Wolfville Hearing Clinic; and Elements of Health, Windsor. The cost is $20 and a portion of the net proceeds will go to the Margaret Salsman Cancer Patient Navigation Fund.
Performance dates are September 16, 17, 23, 24, October 1, 7, 8, 14, 15, 21, and 22 at 7:30pm; with 2pm matinees on October 2, 9, and 16. It is strongly recommended that you call ahead for reservations at 902-678-8040. Visit centrestagetheatre.ca for all the details about this and other upcoming productions. Be sure to mark your Calendar for these Girls, you won’t be disappointed.
Second, the Wolfville Theatre Collective is at it again! After an outstanding, well-received and well-attended run of Who’s Afraid of Virginia Woolf? last April, the Collective has put their heads and talents together and chosen Arthur Miller’s Pulitzer-Prize winning drama, Death of a Salesman as their sophomore production. Death of a Salesman, in comparison to Virginia Woolf, is much grander in both scale and cast but the hard-hitting subject matter and challenges to cast, crew, and audience are still present. The Collective was looking to present a piece of theatre that was compelling, character-driven, widely-known (but not seen), poignant, and timeless; and Death of a Salesman (even almost 70 years after it’s first production) holds all of these elements and more.
The cast of Death of Salesman is stacked with unbelievable talent including Acadia Professor Paul Abela as Willy Loman, one of the most recognized characters in theatre history. Rounding out the Loman family are Mike Butler (ME) as Biff, Simon Pawlowski as Happy, and Thea Burton as Linda. Joining the Lomans are a batch of talented local actors and actresses, with years of experience, and a thirst for performing in quality productions. Come see Jamie Loughead, Alan Slipp, Alan Tupper, Hillary Webb, Emily Lutz, Robert Seale, Leone Stanway, and Alex Trimper as they bring forth some of the richest stage characters you’ll ever see.
A production like this needs a captain to run the crew, and the Wolfville Theatre Collective is proud to have Acadia Professor Michael Dennis take hold of this brilliant material and be the Director for this production. After an incredible acting stint in Virginia Woolf, Mike chose to direct this production and incorporate his love of the work, the era, and the characters into our souls. I encourage all of you to take the time to experience this play, a monumentally affecting portrait of an American dreamer that is also an epitaph for the American dream.
Death of a Salesman is being presented at the Al Whittle Theatre (450 Main St., Wolfville) on October 5, 6, 7, and 8. The doors open at 6:30pm and the show begins promptly at 7pm. Tickets, on sale at the door or in advance at The Box of Delights Bookshop (466 Main St., Wolfville), are $10 for students and $15 for Adults. Please Note: There is a special PAY-WHAT-YOU-CAN PREVIEW SHOW on October 4, on a first-come-first-seated basis. See you there!!
Death-of-a-Salesman-Poster- 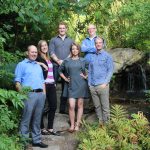 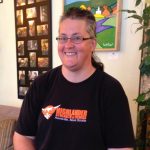