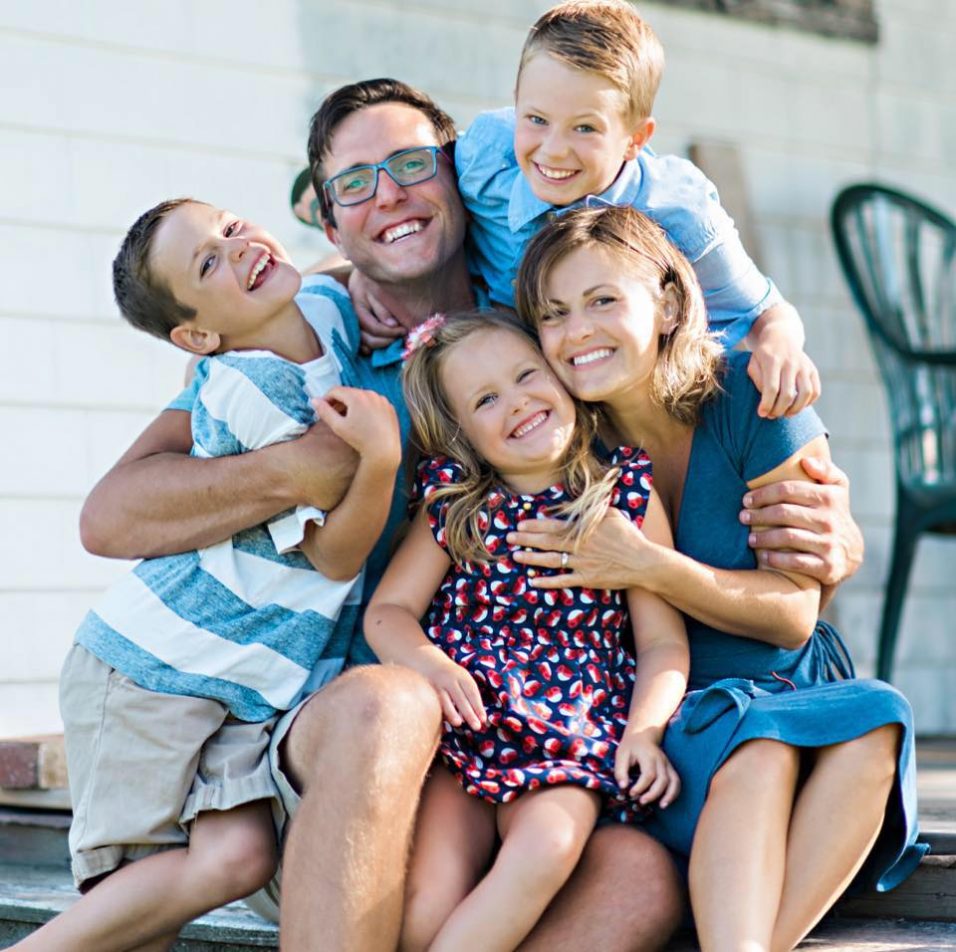 Greetings Grapevine readers! I got a pretty special gent to tell you about in this issue’s Who’s Who. This is a really neat story of someone who was involved with theatre years ago, who came to my attention through their day job, and then out of nowhere burst back into the musical theatre scene in the Valley. He is really embracing his love and passion for entertaining audiences, and I am so excited to tell you about Justin Brown and the upcoming production he’s in – The Music Man!

This handsome, strapping, talented fella is originally from Oregon in the USA. Justin was born and raised in a little town called Klamath Falls and after spending 18 years there, he needed to see how big the world really was. He started studying Theology in San Jose, California in the early 2000’s. After two years there, he went to Scotland to participate in a cross-cultural exchange program called YWAM, focusing on learning tools that would help in working with marginalized people and groups in our communities. This 6-month program took Justin through various parts of Scotland, western Turkey, and by train through some of the more popular stops in France and Belgium. He was 21 at this time and while in Scotland he met this girl (classic love story coming up folks!). This girl was from a little town Justin had never heard of before called Wolfville, Nova Scotia. And like any love-smitten, fetching, studious, level-headed, hormone-driven young man, once the program was over he shouted, à la Good Will Hunting, “I have to go see this girl!”

Following the program, Justin spent three weeks in southern Oregon pulling together the absolute necessities: guitar, clothes, and a few of his favourite books, to embark on an adventure that he knew would change everything in his life. He bought a one-way ticket from San Francisco, California; destined for Wolfville, Nova Scotia, and never looked back. Sounds like the plot to a Nicholas Sparks weepy novel doesn’t it, well… it only gets better… keep reading!

On his big move to Nova Scotia, Justin states, “Talk about culture shock! Going from living in downtown San Jose where the sun is sure to shine EVERYDAY in the summer, to living in a town without a single stoplight, and a place that boasts about all the flats of mud, I was a little taken aback!” This was March 2002. Justin ended up marrying that lovely girl (now his wife of 15 years) in August of 2002, then he enrolled in the music program at Acadia in September, and in November, he experienced White Juan! Life was Crazy! Justin spent the next three years hanging around Wolfville, graduating with a Bachelor of Arts in Music in 2005 from Acadia.

Now let’s fast-forward 10 years. Justin says, “Marriage is bliss, work is incredible, and my children are little angels. That’s it. The end. Over those 15 years, I have owned, or been involved in, a variety of different businesses and non-profits. Currently I am the GM for Epic Doors, a small company within the Stevens Group of Companies in Halifax. When I’m not busy trying to conquer the world, I am a full-time husband and father to a 5, 9, and 10-year-old, and I love hanging out with them. We enjoy summers on the water: boating, fishing, and swimming. I have a love/hate relationship with the game of golf. You can catch me on a Friday night enjoying good food and wine with my lady and in my “spare time” I’ve become involved with my love of the stage again!”

Music has always been an integral part of Justin’s life story. At a young age Justin had a great teacher (à la Mr. Holland’s Opus) and his influence gave Justin exposure to what felt like a lifetime of experience with small chamber choirs, quartets, state and regional choirs, etc. Justin enjoys songwriting and music theatre and the voice on this kid is incredible folks! Over the years, Justin has performed a variety of repertoire, from Handel’s Messiah (Bass Solo’s University Chorus) to most recently being Teen Angel in Quick As A Wink’s Grease production (directed by the incredibly handsome and talented Mike Butler). Justin states, “Grease was my return to the stage after over a decade of life with small children (diapers, spit-up, naps, schedules, etc). It is a wonderful feeling to be drawn back into the theatre world once again.” For anyone who experienced the Grease production, that I was fortunate enough to direct, you would surely remember Justin’s scene-stealing turn as the white-tuxedo clad Teen Angel entering Frenchy’s life for a memorable song and dance number. Justin not only took control of that scene (blowing every audience member away) but he was also instrumental in designing and constructing a lot of our set pieces including the Greased Lighting car (I’ll never be able to thank him enough!).

For any of you poor saps that missed Grease, you get the chance now to see Justin in a role, I feel, he was born to play; that of Professor Harold Hill in the upcoming musical The Music Man, produced by Quick As A Wink Theatre Society. Justin says, “Most people that know me think the role of a con artist salesman is a very natural extension of my personality. Either way, the most exciting part of The Music Man for me is the debut of my 9-year-old son (Sawyer Brown) as the lisp-talkin’ Winthrop. I sold it to him (didn’t con him) as something that we could do together. My greatest influence and legacy in this world is in and through the lives of my 3 little people. Over the next few years, my goal is to get them interested in the exact same things that I want to do as a way for us to spend more time together.”

The Music Man will take place at the Fountain Performing Arts Centre at King’s-Edgehill School in Windsor, June 2, 3, 9, 10, at 7pm and June 3, 4, and 10 at 2pm. Tickets can be purchased online at QAAW.ca or by visiting The Box of Delights Book Shop in Wolfville. Do not miss this show everyone. With Justin’s performance and the stellar cast that joins him, it’ll be the must-see event to kick off your Summer! Best of luck to you Justin… my favourite con man, my teen angel, and my friend! 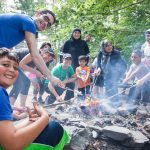