0
Grapevine on Government: King-Hants Counts – A New Political Advocacy Group in Our Community
By Emily Kathan
A group of citizens in the Valley have recently come together to advocate for electoral reform. You may have heard something before about proposed changes to our current “first-past-the-post” system, including multiple parties promising electoral reform in the last federal election. What would electoral reform mean? According to King’s-Hants Counts members, Carolyn Campbell, S.J. Hauer, and Bill Zimmerman, electoral reform would create a voting system “that would make Parliament more consensual, resulting in better decision making, and encouraging all citizens to become more engaged, allowing every vote to count and citizens to know that their votes make a real difference.”
What kind of changes are electoral reform advocates proposing? Usually they are hoping for some form of “proportional representation”. One national group, Fair Vote Canada, explain it this way: “Proportional representation is any voting system designed to produce a representative body (like a parliament, legislature, or council) where the voters are represented in that body in proportion to how they voted. Our current voting system elects only one MP in each riding. When more than two candidates run in an election, MPs can be elected with less than half of the votes in the riding. The other half of the voters are unrepresented. In contrast, any PR voting system elects several MPs to represent a given geographic region so that most voters in that region have a voice in Parliament”.
The Kings-Hants Counts group says that “Cross-Canada action” has become “urgent due to a vote coming before Parliament in May on the adoption of the Electoral Reform Committee (ERRE) report.” They are calling on citizens of Kings-Hants to get involved in the process by contacting their Members of Parliament about the issue, and by going to the the group’s website to learn more at kings-hants.counts.ca.
Kings-Hants Counts is a group of motivated and engaged citizens, so we asked for their opinions about how others can get involved in politics as well:
Grapevine (GV): What advice do you have for people interested in getting more involved in government and politics?
Kings-Hants Counts (KHC):
• Reject cynicism and intimidation. Contact government representatives to let them know how you want them to act. Expressing your opinion does matter.
• If you want government to work, find time, as you can, to become informed and work with others for change. You are not alone.
• A healthy and strong democracy depends on engaged citizens because citizenship means more than voting every 4 or 5 years.
GV: What can be done to overcome existing barriers to understanding how government works?
KHC:
• Better education, beginning in the earliest grades, would help prepare our citizens for the responsibilities of citizenship.
• A voting system that allows for honest representation — not absolute power with a minority of the popular vote; that encourages parties to work for the betterment of all, not just their own power; and that shows citizens that their voices and votes actually make a difference.
• Constant vigilance is the price of democracy. Citizens must also do what they can to be informed, they must use any avenue available to express their opinions to their elected representatives, and working with others can bring about positive change. 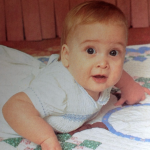 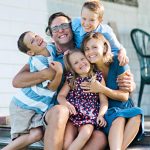