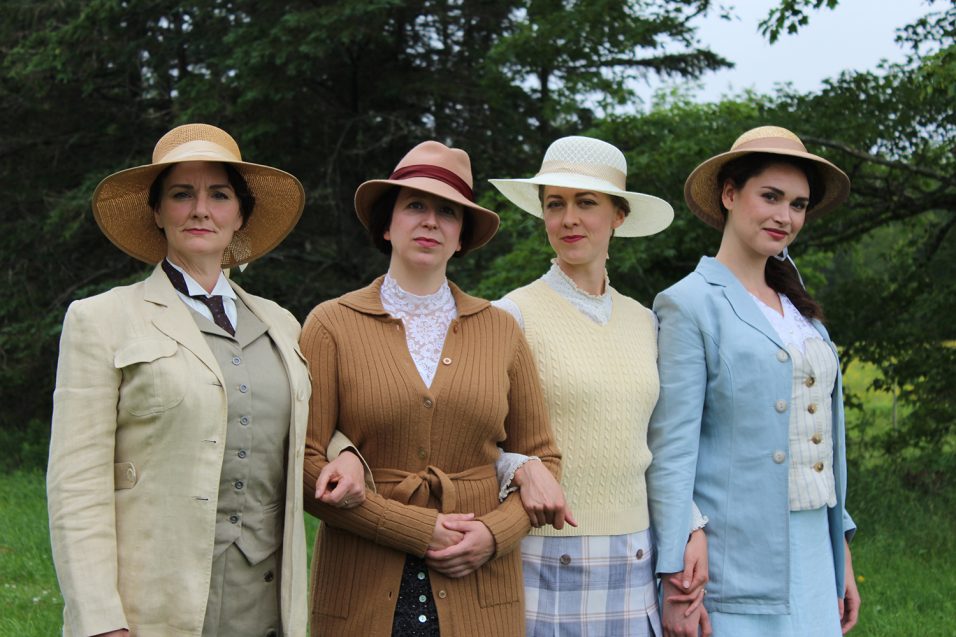 0
The Grapevine Chats with Ami McKay & Ken Schwartz about Nothing Less!

The 2017 outdoor summer season Two Planks and a Passion Theatre production at Ross Creek features a world premiere of Nothing Less!, cowritten by novelist Ami McKay and Artistic Director Ken Schwartz as the Theatre Off The Grid MainStage production.

*Nothing Less!* follows Canadian women during the Great War as they knit their bit, bought Victory bonds, and kept the home fires burning. Yet they still didn’t have the vote. Set during the spring of 1918, the show is a moving tale of an intrepid band of small town suffragists (and the men who loved them).

Ami McKay is one of Canada’s best-known writers. Author of the critically acclaimed and bestselling novels The Birth House, The Virgin Cure, and The Witches of New York, this is her second collaboration with Two Planks and a Passion. Her play, Jerome: The Historical Spectacle premiered at Ross Creek in 2008. Ken Schwartz co-founded Two Planks and a Passion Theatre in 1992 after graduating from the National Theatre School of Canada in both Technical-Production and Directing and doing a year of apprenticeships with theatres in Northern Ireland and the Republic of Ireland. He has directed over forty productions for Two Planks and a Passion including The Odyssey, Our Town, Rockbound, As You Like It, Dustbowl Joan, and The Tempest.

This season at Ross Creek, an evening at the theatre can be made even more remarkable with a talk, concert, reading, or other event to round out your understanding of the world the plays come from, or contemporary thinking brought out by the productions. If you buy tickets during the season, you are welcome anytime. Donations are also appreciated. The talks scheduled will include the topics of ‘Women in Politics’, ‘Early Rural and Small Town Suffragists in Nova Scotia’, ‘Herbs and Potions In Shakespearean England’, and ‘Writing History’.

The creation and production of Nothing Less! was made possible in part through the support of the Canada 150 Fund (Celebration and Commemoration Program) of the department of Canadian Heritage.

Here’s the GV chat with Ami & Ken about Nothing Less!

The Grapevine (GV): How long has Nothing Less! been in development? What was the first spark that lit the idea?

Ken Schwartz (KS): We have been working on this project since the summer of 2015. Although the subject matter might seem to be a reaction to the Trump era in America, we decided to pursue the story of Nova Scotian suffragists long before. Sometimes a play takes on an unexpected resonance while you are in the middle of development.

The idea originated with a sense that we have something to learn from those who came before us when it comes to political activism. In this country, we are always engaged in a process of examining our democracy and attempting to make it more inclusive, just, and responsive to every citizen. This process never ends. Looking back 100 years allows us to both learn from these women – their passion, persistence, and intelligence – while also asking ourselves about the work ahead of us and what role we might play. *Nothing Less!* is meant to be a productive challenge to our audience. “What will you do tomorrow?”

GV: How has the collaboration worked? Did you regularly work alongside each other, or did each of you take over certain aspects of the creation?

Ami McKay (AM): We collaborated on the script in several different ways: meeting together to brainstorm and create outlines; sending flurries of emails regarding history, music, and time period; and passing the script back and forth to shape each scene (sometimes in person, other times via email, depending on our schedules). Because I was writing and arranging the music, I’d often send Ken recordings and videos of pieces I thought would suit the script. In May, we attended a PARC (Playwrights Atlantic Resource Centre) colony in Sackville, NB, where we were fortunate to spend a few days working on the script with a group of actors and dramaturge, Don Hannah. It gave us a great starting point for entering into the rehearsal process at Ross Creek!

GV: What was the research like for the historical basis of the play? Was it hard to find certain information or stories? Were you equally involved in that aspect of the pursuit?

AM: Ken graciously turned most of the research process over to me since I already had piles of notes from when I wrote *The Birth House* (which is also set in rural Nova Scotia during WWI). Using my notes as a starting point, I then went on a hunt for stories of women involved in the suffrage movement in rural Nova Scotia. They weren’t easy to find! Luckily, local historians like Wendy Elliott helped guide my journey. Without giving anything away, I’ll say that in the end, some absolutely amazing parts of the Canadian suffrage movement have found their way into the play.

GV: How did your anticipation of the Theatre Off the Grid performance inform your writing? Were there opportunities to weave in elements of that outdoor production style into the script?

KS: Creating work for Outdoor performance brings with it a whole series of interesting restrictions and opportunities. The location of the performance heavily influences the choices we make – movement, music, setting – every step forward is taken with a view to maximizing the unique experience of presenting outdoors. The fact that *Nothing Less!* takes place in a rural farm community is perhaps the clearest example of how our sense of place influences our creation process.

GV: You both live and work in very rural areas of Nova Scotia, and produce art that extends itself far beyond our Valley, how do you think your local landscape and communities have informed your work?

KS: The work that my collaborators and I create at Ross Creek is intrinsically connected to the farm where we work. Every piece that I select for development or production has a profound link to the land. While I am preoccupied with the challenges facing people around the world, I express myself as an artist through the lens of rural life. In an increasingly digital world, I firmly believe that what makes the theatre essential is the potential to be grounded, together, in a direct relationship between audience and performer. Living in rural Nova Scotia has made these discoveries possible for me.

AM: I feel incredibly fortunate to call Nova Scotia home and to be part of its artistic community. When it comes to storytelling (in all its forms), the well of inspiration is profoundly deep. A late-night beach fire can spark new ideas. A hike at Cape Split can set the imagination spinning. Songs and stories bubble and roil in the tides, and I’ll happily spend the rest of my life chasing after them.

GV: With the creation and production of *Nothing Less!* supported by the Canada 150 Fund, why did you choose this aspect of our history to highlight in this way?

KS: About five years ago the Canadian Mint removed the “Famous Five” from the $50 bill and replaced their image with an Ice Breaker. The reason they gave was that there was a new theme: “Canadian Accomplishment”. I think that incident says a lot about how women’s place in our history is marginalized, misunderstood, and quickly forgotten. While the play isn’t a history lesson, I hope it does serve as a call for all of us to pay attention, become engaged, and have the courage to speak out when it matters. I also hope it reminds every one of us that the right to vote is incredibly important. These women devoted their lives to gain that right, and we can’t take it for granted, no matter how disappointing the results might be from time to time.

AM: Women’s stories are everyone’s stories, and yet the historical record still has considerable catching up to do in recognizing that fact. Choosing to tell part of the story of the Canadian women’s struggle for the vote felt both important and timely. Ultimately, it’s a tale about equality, democracy, and finding your voice. What better way to acknowledge the past while keeping our eyes on the work that lies ahead? 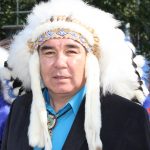