0
Founder of Modern Tribal Fusion Belly Dance Coming to Wolfville
By Angie Oriana Jenkins, ‘Wolfville’s Belly Dancing Herbalist’
Back in my early days of belly dance (mid 90s), I took a break from more traditional forms of Classical Egyptian belly dance and became enamored with the emerging Tribal Fusion style that was being developed in San Francisco. Having a best friend who lived there, I visited the area a few times and made sure to get in as many classes and performances as I could with the pioneers of this new movement.
There was this funky little Mediterranean restaurant I visited to see a troupe that was all the rage… Ultra Gypsy! They were fusing more traditional forms of belly dance with modern dance, ballet, Flamenco, jazz, hip hop, and more to appeal to a wide audience. They did a choreography to an Arabic/Reggae song by Natacha Atlas that completely blew my mind (and coin belt!). I was forever changed and needed to expand my dance practice to include this exciting and innovative form. Also happening in the Bay area at this time was the development of the American Tribal Style form which rocked the scene with its blending of multicultural neo-tribal costuming, modern electronica tribal beats, and group improv format.
And, in the middle of both of these belly dance revolutions, there was a young woman named Jill Parker. She was an original member of Fat Chance Belly Dance, the first ATS troupe, and went on to develop the aforementioned troupe – Ultra Gypsy. It is fair to say that Jill is now a belly dance legend and, according to her website, ‘founder of the modern Tribal Fusion dance phenomenon’. And she is coming to our wee rural town of Wolfville to share her magic with us!!
Being so far away from any big cities with more of a selection of advanced teachers, it can be difficult for experienced Nova Scotian dancers to stay inspired. I have endeavored to keep myself and my students challenged by inviting a variety of celebrity dancers to our town. Both Rose Harden and Kami Liddle have visited us during the last seven years and both teachers/performers were warmly welcomed with well-attended workshops and shows. Likewise, dancers from all over Atlantic Canada will be shimmying their way down our streets to hear Jill’s lectures on ‘The Lineage and History of Tribal Fusion Belly Dance’ and ‘The Intriguing Topic of Sensuality in Belly Dance’.
And then there’s the big show! On Saturday, July 8 at 8pm, the Al Whittle Theatre will be filled with performers and lovers of all types of belly dance. Included are the well-known Serpentine Studios crew from Halifax, Barbara Aubie from Studio Sephira in Moncton, my very own Sister Lotus students, and more! Tickets are $15 and can be purchased at the Sister Lotus Caravan at the Wolfville Farmers’ Market or on-line by sending an e-transfer of $16.50 ($15 plus $1.50 service fee) to oriana@sisterlotus.com.
Security Question: In which town do we live?
Answer: Wolfville
They may also be available at the door if they don’t sell out in advance. For any further info, call 902-680-8839 or visit sisterlotus.com 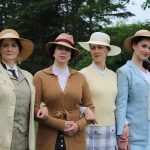 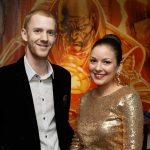