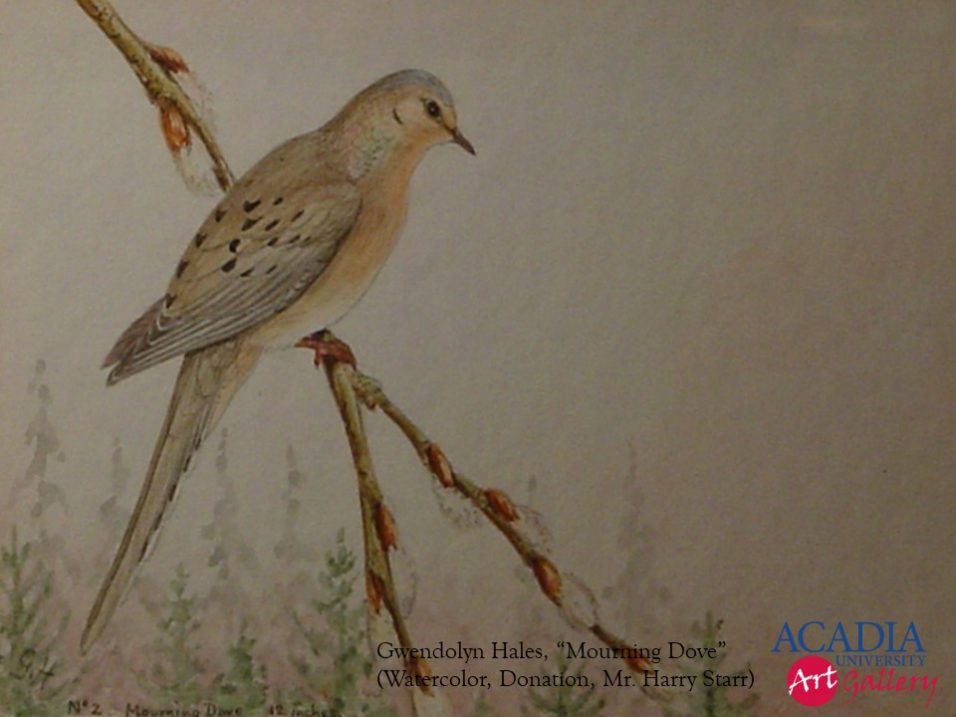 0
Botanical Art and Gwendolyn Hales
By Alexandra Pulchny, Collections and Outreach Assistant, Acadia University Art Gallery
It seems botanical art is quite popular in the art world, but where did it originate from? Botanical art began in ancient Greece as a way to catalog plants that had economic value and healing properties. In 18th-century Europe, artists were using botanical illustrations to integrate beauty and new subjects to their work, thus, the mid-18th and early-19th century became Botanical Art’s golden period. During this time, botanical illustration, as a past-time, was considered a proper/genteel activity for women who were financially and socially comfortable. Women were not always recognized for their artistic talents and were rarely treated with legitimacy as professionals However, if a woman did receive recognition, critics would often say the work was too good to be done by a woman, and that her husband or male relative must’ve been the artist. Nonetheless, female artists strove for success. One of many talented female botanical artists was Wolfville’s own Gwendolyn (Gwen) Hales.
Gwendolyn Hales (b. 1901) began her artistic career in her hometown of Wolfville, Nova Scotia, after being granted a scholarship at the age of twelve to attend Acadia University studying under Lewis Smith. She later attended the Vesper George School of Art in Boston where she studied under Vesper George. She remained at the school only for a year because her father would not allow her to continue. She returned to the Maritimes and lived in Halifax where she painted watercolours and worked doing some small commissions. She was a member of the Nova Scotia Society of Artists and an annual contributor to the Maritime Art Association Exhibitions. She also served as the Vice President of the Woodcarver’s Guild. She was a resident at the Acadia Nursing Home until her death in 1976. Hales paid much attention to detail and accurately depicted an array of flower and bird species in her botanical watercolours, and captured the hearts of many art enthusiasts.
Mr. Harry Starr donated the art gallery’s collection of sixty-five miniature Botanical watercolours in 1988. If you would like to view more of Gwendolyn Hales’s work, visit the gallery’s current exhibition, *The Boundless and the Framed*, on display until August 6, 2017.
Acadia University Art Gallery
Beveridge Arts Centre, Acadia University
Wolfville, NS 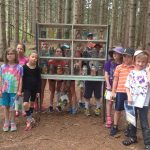