Authors@Acadia is a year-long series of readings and presentations by authors in Canada and abroad. The events are hosted by the Department of English and Theatre at Acadia University, and are open to all members of the public. Books are available for sale at The Box of Delights Bookshop and at the readings!

Alexander McCall Smith, is one of the world’s most prolific and best-loved authors. For many years he was a professor of medical law and worked in universities in the United Kingdom and abroad before turning his hand to writing fiction. He has written and contributed to more than one hundred books including specialist academic titles, short story collections, and a number of immensely popular children’s books. With the publication of the highly successful The No.1 Ladies’ Detective Agency series he became a household name, and he has devoted his time to writing. He has received numerous awards and holds twelve honorary doctorates from universities in Europe and North America. In 2007 he received a CBE for services to literature and in 2011 was honoured by the President of Botswana for services through literature to the country. In 2015 he received the Bollinger Everyman Wodehouse Prize for Comic Fiction.

The Box of Delights Bookshop is proud to support Authors@Acadia and will have copies of
Alexander’s work for sale! 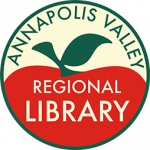 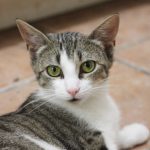