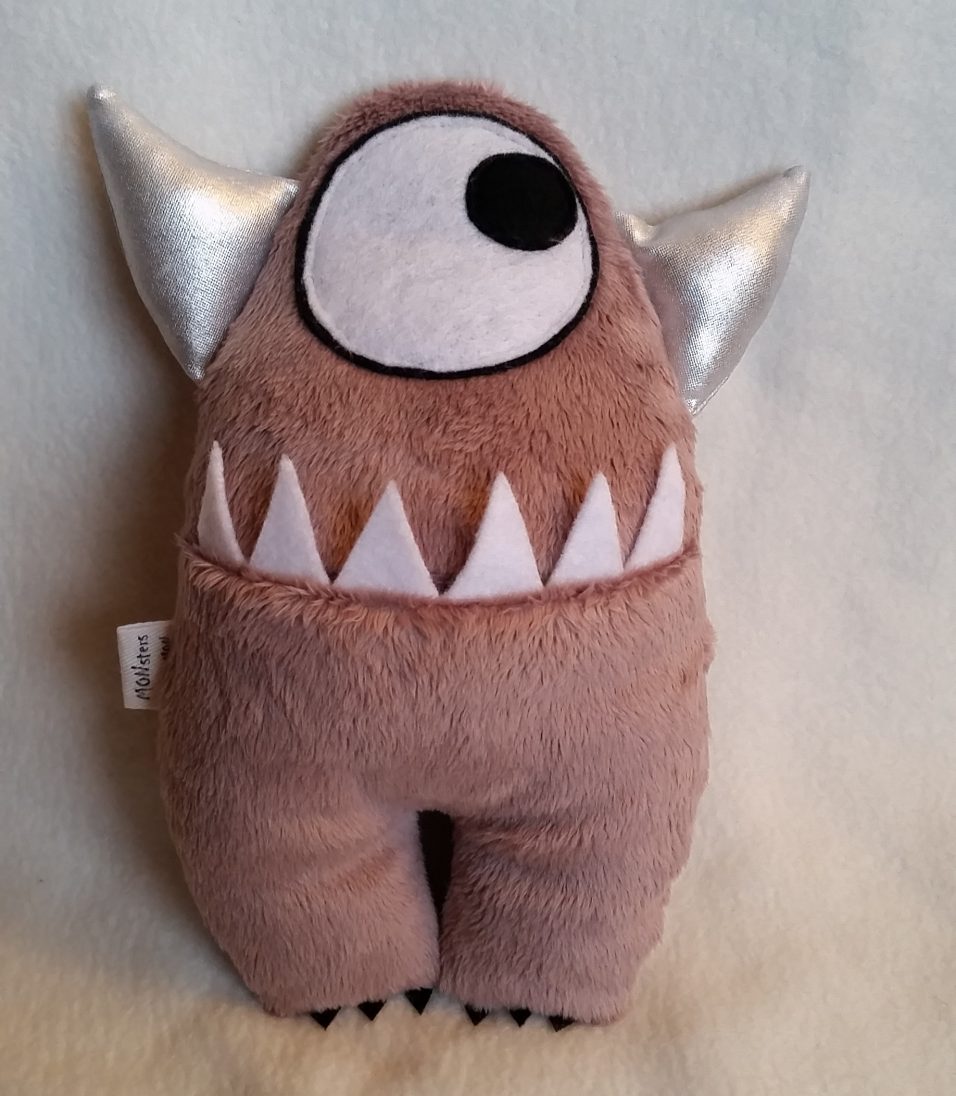 The Q&A: The Craft Fair Business with Monica Jorgensen
Monica Jorgensen looks after all of the fabulous event listings that you see in this paper. She also manages her own business Mad Catter Studio. We asked her a few question about what it’s like running a craft fair business.

The Grapevine (GV):What do you make and sell?
Monica Jorgensen (MJ):I make plush monsters, tooth pillow monsters, and this year I’m making some small purses, wallets, and change purses. My business name for the last several years has been MONsters by MON, but I have recently changed to Mad Catter Studio because it gives me more flexibility in what I offer. I wanted to branch out from the monsters. I’m still making those too, though! GV:How did you get started?
My cousin, who I grew up sewing with, wanted to have a booth at a fair but she thought it would be much more fun with a partner. So I agreed to go with her if I could think of something to make. I made a little orange plush monster and suddenly had a lot of ideas for more. So monsters became my main product. My cousin and I still team up for almost every fair we do, so it’s a really fun thing that we share.

GV:How many markets or fairs do you typically attend each year?
MJ:I think I average two shows a year. Some of the smaller ones are pretty easy to get a table at so I might do one and then see what inventory I have left, and start looking around for another to attend. The big shows book early, often in the spring, and you have to put down a down payment to hold your spot or chance being put on the waiting list. If I’m going to do a big show I always determine that early and then see if I can fit in a smaller one around it somewhere.

GV:Do you attend them year-round, or just during the Holiday season?
MJ:I’ve only done Holiday markets so far. I would be open to a Spring one, but there are so many more to choose from this time of year.

GV:How do you choose which to attend? Do the more expensive fairs usually mean more sales for you?
MJ:In general the more expensive fairs do mean more overall sales, just because they tend to attract larger crowds of people. They also tend to be longer sales (three days instead of just one) so it’s not always feasible for me to do a larger show. Larger shows also require more products to cover it. This year I didn’t have the time to build up my inventory so I did smaller, very local shows. Smaller shows often support a cause, such as a school band or the SPCA, so that is something else to consider.

GV:How soon before the shows do you start making your inventory?
MJ:I make things throughout the year, but there is always a big push at the end. Nothing motivates like a looming deadline! Most of my inventory is created in the two months leading up to the fairs.

GV:What is the typical day at a craft fair like?
MJ:It starts very early! A craft fair might start at 10am but the vendors are there 1-2 hours before doing set-up or last minute things, not to mention the prep done at home before heading out the door, often on very little sleep! The set up can be fun because all of the vendors are so full of anticipation. Once the doors open to the public the atmosphere, especially at the big shows, is very cheerful and exciting. The crowds are enthusiastic and happy, and even though the days are long I find the time tends to zip by. Sometimes it’s hard to find a few minutes to have lunch or run to the restroom, but there are sometimes lulls to take advantage of. I always make a point to talk to the vendors around me. Forming friendships means that you can ask someone to keep an eye on your booth if you need to leave it for a few minutes for any reason.

GV:How do you deal with payments at the fairs? Have you seen the technology vendors are using change recently?
MJ:For the most part my sales are cash sales. I have a cash box with a lock and I bring lots of change with me. Recently I signed up for Square, which is a little gadget that plugs into my phone’s audio port and allows me to swipe credit cards. Accepting other forms of payment can mean the difference between getting a sale or losing it because the customer doesn’t have the cash on hand.

GV:What have you learned from others who sell at craft markets or fairs?
MJ:I really like to look at how other vendors display their goods. A nice looking display can attract people to come see what you have. Sometimes I can get ideas to improve my own booth. Sometimes, unfortunately, I also see set-ups that really don’t work. But that is informative as well. I also like to collect business cards that appeal to me. I’m constantly tweaking how I do things.

GV:Which is your favourite local fair?
MJ:The largest one around is the Acadia Christmas Craft Expo (coming up on Nov. 17–19) so that is always a fun one to go to. I also really like the Somerset Craft Fair (Nov. 17) because it’s a little school with a big fair. They fill up pretty much every space in the school with vendors! The Horton Harvest Craft Fair (already over) is also nice. It’s a fundraiser for the school band, and the band students are on hand to help carry boxes and displays for the vendors during set-up, and bring them food and coffee during the show.

GV:What do you think the importance of craft fairs or markets is to the local micro-business economy?
MJ:The Annapolis Valley is so full of people with creative talent, but it can be a difficult place to find full-time employment that covers a family’s needs. I think craft fairs offer a lot of people a way to fill in the gaps, or to just provide a nice Christmas for their families. There are some vendors that make it a full-time job, going from fair to fair all year round, but I think for most it’s a side income. It’s also a way to encourage communities to shop local. You aren’t going to find that perfect, unique gift at the “big box” stores. But you very likely will at a craft fair, and you’re helping that vendor support themselves as well. It’s really a community win-win.

GV:Why are the craft markets and fairs a good fit for your goods, rather than selling them to stores for re-sale?
MJ:I don’t think one necessarily rules out the other. Stores like Hello Handmade in Berwick sell locally crafted goods, and some of those crafters also show up at the craft fairs. For myself I will say that I’m not the fastest crafter, so when I’ve put hours of effort into a product I am stingy about giving someone else a portion of the profits. Some stores will take a percentage of the selling price, and others will rent you a space instead of taking a cut. I think everyone has to figure out what works best for them. I wouldn’t be against selling in a store. But I enjoy the craft fairs so I wouldn’t give them up.

GV:Which fairs or markets will you be at this year?
MJ:I just did my second fair of the year today, so I’m done with the ones I had planned for. It’s possible I might try to squeeze into another last minute, but I don’t have anything officially set up right now. 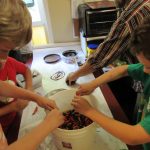 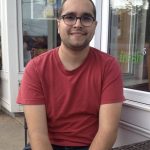