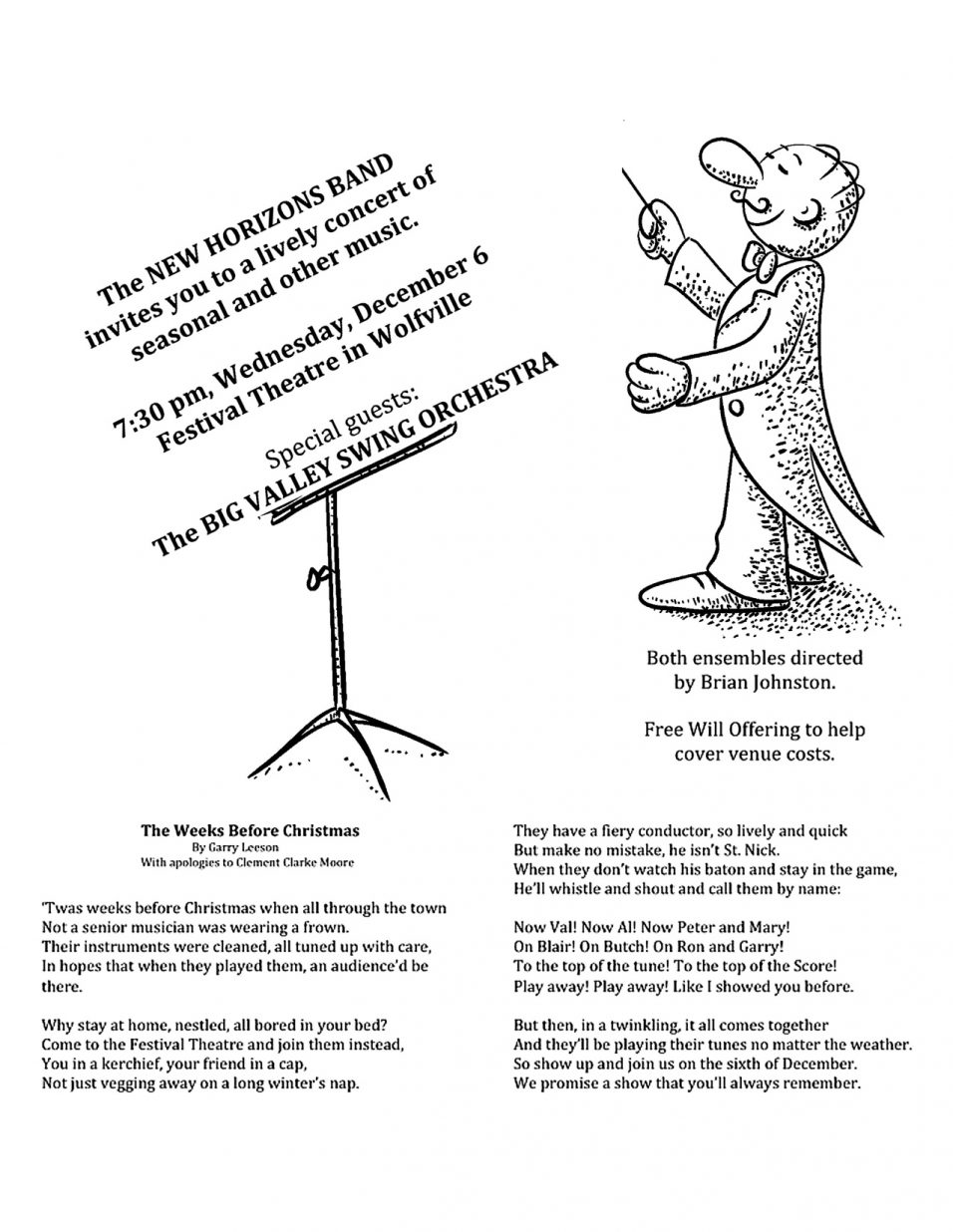 The Weeks Before Christmas

(with apologies to Clement Clarke Moore)

‘Twas weeks before Christmas when all through the town

Not a senior musician was wearing a frown.

Their instruments were cleaned, all tuned up with care,

In hopes that when they played them, an audience’d be there.

Why stay at home, nestled, all bored in your bed?

Come to the Festival Theatre and join them instead,

You in a kerchief, your friend in a cap,

Not just vegging away on a long winter’s nap.

They have a fiery conductor, so lively and quick

But make no mistake, he isn’t St. Nick.

When they don’t watch his baton and stay in the game,

He’ll whistle and shout and call them by name:

On Blair! On Butch! On Ron and Garry!

But then, in a twinkling, it all comes together

And they’ll be playing their tunes no matter the weather.

So show up and join us on the sixth of December.

We promise a show that you’ll always remember.

invites you to a lively concert of seasonal and other music.

Both ensembles directed by Brian Johnston. 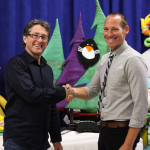 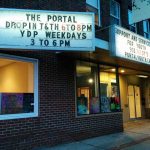