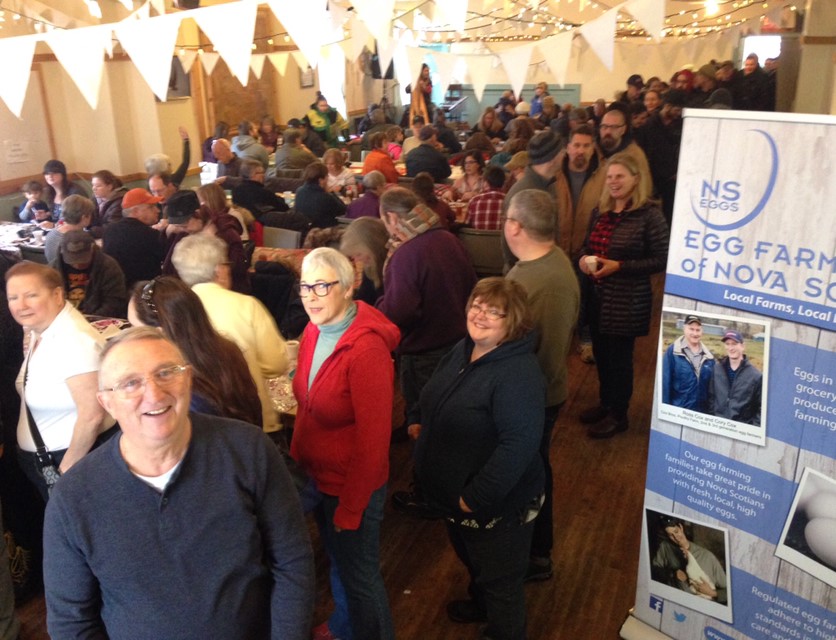 Need an excuse to get yourself out of the house on these chilly days? The 26th Eagle Watch is set to take place the weekend of January 27 and 28, and February 3 and 4. What started from humble beginnings in 1992 has grown into a major event in Sheffield Mills. One of the event’s original organizers, Glenn Ells, recalls the first pancake breakfast – the cornerstone of the weekend’s activities. “It was in the community hall with no commercial kitchen. We had to borrow a grill to cook sausages.” The event began as a fundraiser for the Sheffield Mills Community Hall, which was formerly a schoolhouse. Ells continues, “In 1996 the event was covered on the Discovery Channel and CBC’s Land and Sea. Then we started to get more attention”. The hall has since been retrofitted with a commercial kitchen and washrooms from the money collected over the years. Last year the pancake breakfasts were so popular, people lined up outside the door.

Meg Hodges, an organizer and member of the Sheffield Mills Community Association, believes that Eagle Watch gives the community a gathering point. She describes the pancake breakfast as a lively event, with local ingredients, live music, crafts by Ross Creek Centre for the Arts, and art vendors. The Blomidon Naturalist Society, which has been part of the event since its inception, is also regularly in attendance selling books and chatting with attendees.

New this year is the involvement of Glooscap First Nation. Brian Dorey, Glooscap First Nation’s director of administration, comments, “The partnership provides an opportunity to jointly share knowledge, culture, and understanding.” He says the relationship has opened the door to a much larger and synergetic event this year.  Dorey explains that in the Mi’kmaq culture, the eagle is a symbol of many things, including respect, honour, humbleness, truth, love, natural power, strength, courage, wisdom, and freedom. Because of the eagle’s connection to the Creator, the eagle is given the responsibility of carrying people’s prayers between the World of Earth and the World of Spirit. Dorey remarks, “It is believed that to wear or hold an eagle feather causes the Creator to take immediate notice. With the eagle feather, the Creator is being honoured in the highest and most humble way.”

This year’s second annual kick-off party on January 26 is called Kitpu, which is the M’ikmaq word for eagle. Eastern Eagles will be drumming, Trevor Gould will be telling tales of Glooscap legends and lore by the bonfire, and Bernie Syliboy will be leading a night-sky walk (snowshoes will be available). Pasta by The Noodle Guy will fill bellies, and wine from Planter’s Ridge will be available for purchase. Kitpu is a family-friendly event, and the Valley Regional Enterprise Network has granted money through the Collective Impact Project to cover the ticket fare for 20 young people from Kings County and Glooscap First Nation, enabling them to network and learn about conservation together.

With all this excitement, it’s easy to forget the main event – the eagles! Glenn Ells explains that the eagles come from Cape Breton, and nest in the Valley for the winter. “They are scavengers, so they like hunting for their food. That’s why they go fishing in the Bras d’Or Lakes in the summer.” The eagles come in the winter because it’s safe, and food is abundant. Many chicken farmers discard chicken carcasses, which is why you often spot eagles gathered in trees surrounding chicken farms. Ells says that eagle counts vary between 500 and 1,000.

Sometimes more interesting than watching the eagles is observing the bird photographers that visit from across the Maritimes, Quebec, Maine, and beyond, to capture the perfect shot. If the power and majesty of the eagles don’t leave you breathless, the sheer size of the zoom lenses pointed in their direction surely will! 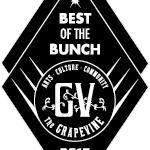 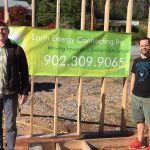