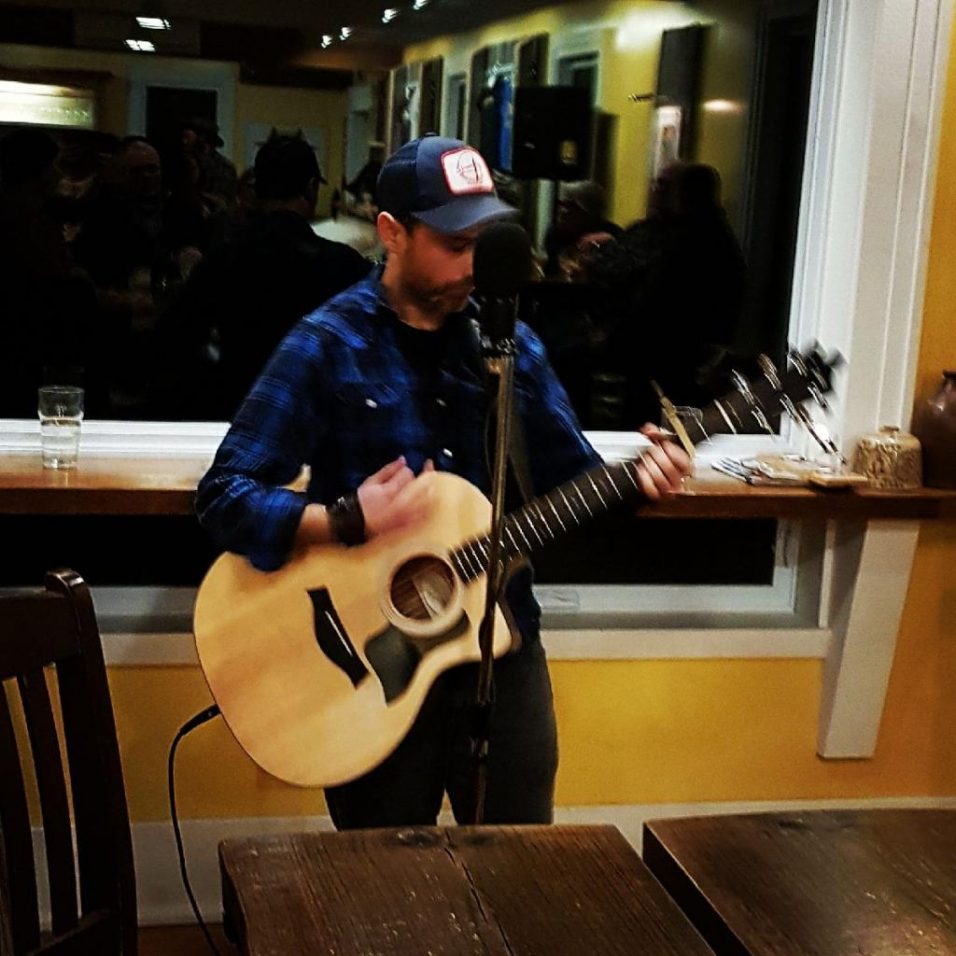 Windsor’s Integrity Cheer Empire is heading to the 2018 Cheerleading World Championships in Orlando Florida! The club’s team IO5 Co-ed won the bid to attend at a recent competition in St. John, NB. This is the first time that they will attend, and the first time that a cheer club in the Annapolis Valley has ever received the opportunity. The team is composed of athletes from all over the HRM/Valley areas including Dartmouth, Bedford, Windsor, Kentville, and Coldbrook.

The weather outside has been perfect for running, so it’s time to start setting your goals for spring! Brigadoon’s Wine & Dash has been set for June 3. Runners will take in breathtaking sights, visit the region’s finest wineries, and raise funds for Brigadoon Village, a non-profit recreational facility on Aylesford Lake, which delivers camp programming to children, youth, and families from across Atlantic Canada living with a chronic illness, chronic conditions, or special needs. Participants in the Wine & Dash can choose to run or walk a 5k, 10k, or 15k route in the beautiful Gaspereau Valley. The participating wineries this year are Lightfoot & Wolfville, Gaspereau Vineyards, L’Acadie Vineyards, Benjamin Bridge, Luckett’s Vineyards, and Domaine de Grande Pre. “We’re honoured to be a part of such an important fundraising community event!” says Krista Armstrong of Lightfoot & Wolfville, “It truly aligns with some of our core values here at Lightfoot & Wolfville and we’re very proud to be involved in such a capacity!” In 2018, Brigadoon Village is expecting over 700 children and the full cost incurred by Brigadoon is $1,300 per camper, so get out your running shoes, sign up, and get ready to make a difference. For more information, visit: wineanddash.ca

Eagle Watch 2018 wrapped up on February 4, and according to organizer Meg Hodges, it was a fantastic event this year. “The second annual Eagle Watch Kickoff Party: Kitpu was a sold out runaway success!” says Hodges. “For the first time we joined forces with Glooscap First Nation to learn about conservation efforts taking place within Nova Scotia, along with music from the Eastern Eagle Drummers and Elsie Morden and Kenny Byrka. A heartfelt thank you goes to the Valley Regional Enterprise Network and the County of Kings for sponsoring tickets!” Four pancake breakfasts were well-attended despite the snowy weather and almost 700 people made it through the community hall. “A big thank you to the Egg Farmers of Nova Scotia, Eos Natural Foods, JustUs! Coffee Roasters, Suprima Farm, Great Valley Juices, and Oxford Frozen Food for their incredibly generous donations. The crowd was serenaded by wonderfully talented local artists, and without their musical gifts, Eagle Watch certainly wouldn’t have the same feeling,” says Hodges, “Most of all, thank you to our selfless volunteers who came to cook sausage, flip pancakes, serve hungry people, and clean up tables. Eagle Watch is my favourite activity in Sheffield Mills because of the way it brings us all together. Community-building at its best!” For the first year ever the community hosted a bus tour of almost 60 photographers from Moncton, New Brunswick. Chef Dave Smart and his wife Susan from the Bessie North House catered with mouth-watering food and Planters Ridge provided wine samples — a great showcase of what the Valley has to offer.

Nova Scotia’s fourth annual Craft Beer Week is approaching! Hosted by the Craft Brewers Association of Nova Scotia between April 27 and May 6, it’s the largest celebration of craft beer in eastern Canada. Featuring over 15 events hosted all over Nova Scotia, 45 craft breweries from the Craft Brewers of NS Association, along with licensees and other partners, will host events over the nine days and two weekends. For more info, visit: nscraftbeer.ca/craftbeerweek

Ross Palmer’s Grandma Mazel’s Cellar Academy has moved into Cuts Meat Market! Now open weekday afternoons from 12-5pm, and by appointment, you can reach Ross at 902-680-2633 or on facebook @cellaracademy.com. Grandma Mazel’s continues to specialize in wine kits based on-site, and according to Palmer his techniques are the result of three years of extensive research. Using artesian spring water and a custom built state-of-the-art vacuum de-gassing machine (of which there are only three similar machines in Canada), Palmer’s helping customers produce a high-quality wine. “The difference in quality is very noticeable,” he says. His current deal: buy two kits to be made and get the second made for half the price, saving $28.75.

Lightfoot & Wolfville Winery in Wolfville hosted the Nova Scotia Icewine Festival for two consecutive weekends in late February and early March. Maureen Gadon, visiting from Barrie, ON, made it to events on the second weekend. For her first time visiting the new winery, she was impressed! Despite the wintry weather, the outdoor activities were impressive. “The different ice wines were paired with food, but out back they had a cauldron of stew, and it was amazing,” says Gadon, “They had a fire going on outside and there were marshmallows.” Her favourite icewine of the season came from just down the road at Domaine de Grand Pre.

The Fruit Growers of NS held their annual convention at the Old Orchard Inn & Spa in late January. “Staying Ahead of the Game” was the theme of the convention, and indeed the hot topics of discussion included orchard mechanization and succession planning for farms. Mo Tougas, a farmer visiting from Massachusetts, gave his presentation, Passing the Baton to the next Generation, about his journey so far passing ownership of the Tougas Family Farm to his son Andre.

The Valley Wild Female Bantam AA hockey team are hosting this year’s Nova Scotia Provincial Championship. AA is the highest division for bantam female hockey in Nova Scotia and this tournament will showcase the best female players from across the province. It will be held at the Berwick Kings Mutual Centre (Apple Dome) March 23-25, 2018, and five teams will compete to become the provincial champions. “This last year highlighted the fact that in the playing career of Canada’s most decorated female hockey star, Haley Wickenheiser, female enrolment in organized hockey in Canada has exploded from 16,000 girls to almost 87,000,” says organizer Mark Adam. “The skill, level of competition and the opportunities for these young women are growing every year.” The event this year will be $20 for a weekend pass, or $15 per day. A 50/50 contest will be held, as well as a Chuck-a-Puck contest during the skills competition. Eleven games will be held over the weekend. 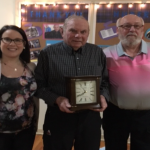 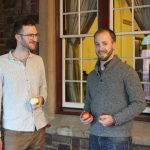