In early December, the Wolfville Farmers Market was transformed into the ‘Annapolis Winter Night Market’, a launch for Alexander Keith’s new Annapolis Hop Field Ale. Keith’s has teamed up with local farmers and artisans to launch the newest small-batch brew. The Grapevine caught up with Alexander Keith’s Brewmaster Stefan Gagliardi to talk about the local connections of their new ale.

The Grapevine (GV): The new Alexander Keith’s Annapolis Hop Field Ale is designed to showcase the flavours of the Annapolis Valley – where are the hops currently being grown?
Stefan Gagliardi (SG): We worked with three Nova Scotia hop growers this year to develop Annapolis Hop Field Ale. Hill Top Hops, located in Scotch Village, Fundy Hops, from Berwick, and Wicked Hops located in Stewiacke. All three farms supplied 5 hops varieties that were blended together based on their flavour profile by farm and variety. The five hop varieties are cascade, centennial, chinook, glacier, and Columbus. Growing these American varietals in our regions gives them their own unique flavour profile.

GV: What distinct qualities do they have?
SG: As many know, the Annapolis Valley’s climate and soil makeup create a unique growing environment. The common thread and dominant hop flavours we perceive in our brew are floral notes and a sweet orange gummy bear flavour. Since we are working with five different varieties of hops, which showcase a wide array of flavours, our beer is not dominated by one flavour in particular but rather an oscillating blend of flavours that shift as one enjoys a pint of this brew. Each farm produced world-class high-quality hops with a range of flavours that are slightly different from the normal variety which makes these hops and this beer uniquely Nova Scotian. Our farms produce on a small scale, have a lot of growth potential, and with a project like this, our goal is to help to grow the agricultural side of our business by buying local and spreading the word about our amazing hops.

GV: What other components of the ale are local to the region?
SG: On top of brewing this beer with 100% Nova Scotian hops we also used Horton Ridge malts as specialty malts in this beer. We incorporated the locally-malted wheat malt and Munich malt for a smooth toasted white bread crust malt note that supports the hop flavours. The base malt we use remains “Golden Promise” which is a base malt from Scotland, an ingredient I hold dearly since it pays tribute to our heritage. Finally, the majority of our beers are brewed with the Keith Ale yeast, with this beer being no exception, which provides a clean fermentation profile with a mild spicy note. The Keith Ale yeast, the same yeast we use in Alexander Keith’s India Pale Ale, is the hardest working organism in the brewery and arguably the most Nova Scotian flavour contributor of our beer. 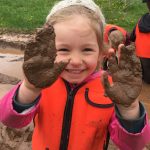