My mother was on the phone with my 35 year-old brother, who lives in Antigonish: “Will you be coming home for Mother’s Day?” she asks. “I think I’ll wait until Apple Blossom,” he answers.

This conversation prompted me to ask: what is it about Apple Blossom that pulls people back to the Annapolis Valley? What is the secret to the festival’s lasting power, giving it the title of second-longest consecutive running festival in Canada?

I looked first to the origins. The Apple Blossom Festival started as a celebration of the thriving apple growing industry and a time to venerate the sweet-smelling apple blossoms that were bursting across the Annapolis Valley. The original objectives were to raise the profile of the Valley’s apple industry throughout North America and Europe, to publicize the scenic beauty of the area, and to provide an opportunity to foster and develop local talent through festival events.

The tradition of young women representing apple-growing communities, and the crowning of a blossom queen, began at the inaugural Apple Blossom event in 1933. The princesses were judged on character, poise, and personality, and the reigning queen served as the ambassador for the region. The first coronation of the blossom queen was covered by the Associated Screen News of Montreal, and made it to motion picture theatres throughout Canada and the United States.

Through the years, the festival continued to be influenced by royal traditions, involving such activities as formal teas, a Queen’s Ball, and a royal tour of participating communities. This was all during the heyday of the contemporary British Monarchy; an era where Canadians collectively turned on their radios to listen to the royal Christmas message. These days, Canadians have a waning appetite for the Monarchy and the pomp and circumstance that is tied to royal events, with the exception of royal weddings.

So how does a festival that is steeped in tradition keep up with current tastes and sensibilities? The world looks very different now than it did in 1933. This must certainly be a challenging balance to strike for organizers. I took to the phone, Facebook, and email, and asked a number of people what Apple Blossom meant to them. I heard some very different perspectives determined by generation, family composition, and personal interests:

I messaged a friend of mine, Stevie Healy. Stevie uses Apple Blossom to reconnect with old school friends each year: “Apple Blossom has been one of my favourite times of the year for as far back as I can remember. It has morphed into a de facto annual homecoming event among my crew of life-long friends,” Stevie explains. “For well over 10 years we have gathered at the same friend’s house for a backyard BBQ party and a 50+ person washer toss tournament…It’s a special gathering that draws us all home on the last weekend of May.”

There is a large contingent of festival-goers who take advantage of the social gathering opportunities Apple Blossom offers, like the Blossom Brew Night, Food Truck rallies, and, of course, the beer gardens in Kentville. It’s a chance to ring in patio season and see friends who have come back to the Valley for the weekend. My brother is a smart man; he knows he’ll run into an old buddy or two if he pays his mother a visit on Apple Blossom weekend!

I emailed with Valley Family Fun’s Laura Churchill Duke and her two boys Daniel and Thomas. High on their reasons to get excited during Apple Blossom season is the Grand Street Parade. Daniel (age 11) says he looks forward to going to the parade and seeing everyone dressed up. He comments: “when I was younger, I liked being on one of the floats.” Thomas (age 10) says his favorite part is getting all the treats and swag that people pass out during the parade. Laura’s family is one of many in the Town of Kentville that gathers on a lawn with neighbourhood families to watch the parade. She writes, “The [neighborhood] host would have activities set up for the kids, and lots of snacks (not to mention an open door to the bathroom!) From as long as I can remember, we’ve always gone to see the parade in Kentville!”

There are many people who relish in the tradition of Apple Blossom events, and Marg Morse from Harmony is one of them. Marg has been attending the Coronation and Valley Tea for over 35 years. She told me over the phone: “a group of us ladies go to the Tea together and do our own judging. It’s a lot of fun.” She has seen her fair share of princesses cross the stage at the coronation, and enjoys the “aura of it all.” “I love the girls in the gowns and the hype. It’s very regal and everyone looks so nice. It’s a very exciting week!”

I spoke with Emily Lutz, Kings County deputy mayor, and daughter of Janice and Larry Lutz who run the Lutz Family Farm in Berwick. Emily says, “For me, Apple Blossom is a time to watch the broader community celebrate something that my family and I celebrate all year: a fruitful harvest! The industry has changed so much since the festival’s inception: new varieties, new growing techniques, more value added, and hundreds of employees coming from other countries bringing invaluable skills to our farms. I think the festival is important to raise awareness, and I hope to see some of the new positive changes in the apple industry highlighted by the festival in the future.”

I asked Janice Lutz what apple farmers are doing during festival time and she explained that it is a busy time out in the orchards. “It is a critical time between bud break to blossom. We need to manage weeds, insects, and fungal pathogens. A lot of time is also spent mowing the orchards so that the bees go to the blossoms rather than the wild flowers.” She did say, despite all the work during apple blossom season, it is nice to get a break and enjoy some of the events. “We are thrilled that the general public is celebrating our industry.”

My conclusion is this: the Apple Blossom Festival is many things to many people. Beyond these four broad categories, there are also the non-profit organizations that sell concessions and 50/50 tickets as annual fundraisers, the leadership candidates who get special encouragement and recognition from their communities, and the artists and musicians who lift the spirits of festival attendees. To try to put the festival in a single category is impossible – it is about agriculture, it is about the arts, it is about community, it is about heritage. It is about what makes the Annapolis Valley special. A community of hardworking volunteers has managed to pull this festival together for 86 years, and it still has people excited about coming home. 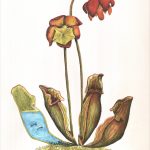 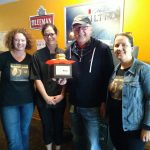