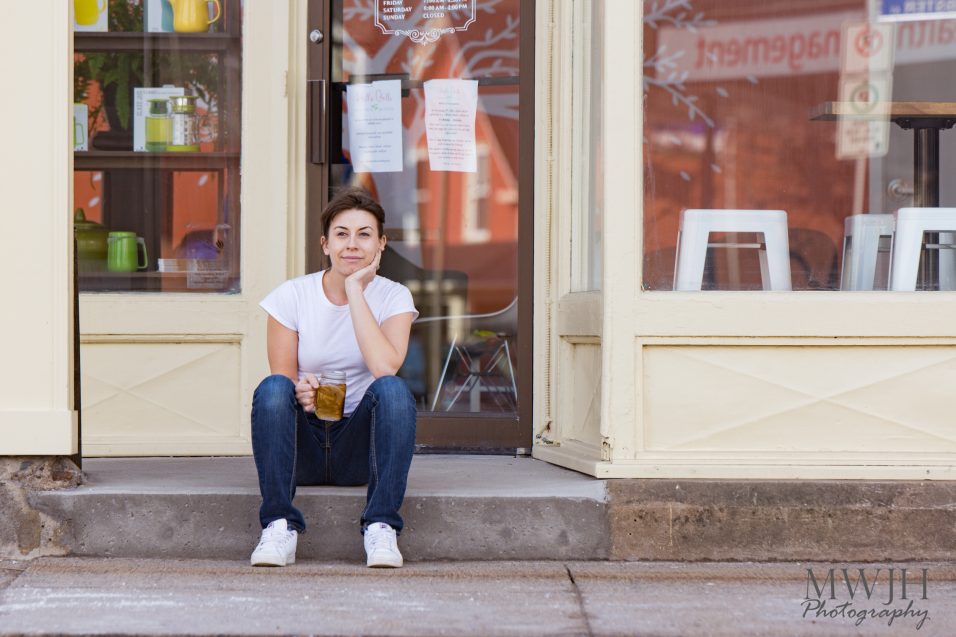 Who’s Who: Hillary Webb and Hill’s Grills
By Mike Butler

Hillary Webb and I have a magnificent history! Hillary has been my co-star in some terrific ensemble plays (including Jump!, Rent, Death of a Salesman, and Lauren’s Vale), she has been my romantic leading lady, although some would say I was more woman than she was (Leading Ladies), and I have had the pleasure of directing Hillary in Grease. But the most pleasurable part of our history is our friendship and love for one another. I adore this very talented woman. For years behind the scenes of these productions, Hillary would mention her dream of one day taking her love of food, friends, and fun to a whole new level, and it’s my pleasure to be able to tell you about both my friend Hillary Webb, and her thriving new business: Hill’s Grills!

Hillary is originally from Fort McMurray. When she was nine, her parents wanted to be closer to home so they decided to move the family to Halifax. She grew up on the Dartmouth side in an older suburb called Woodlawn that she remembers as “a great place to grow up: plenty of opportunities and great exposure to diversity, despite being a smaller city.”

Hillary has worn many hats in her young life, and before she became a glowing, strong female face in the Valley business world, she tossed around a lot of career choices (everything from astronaut to the military), and while she was an artsy kid involved in music and theatre, and all things writing, she always had a real penchant for biology and chemistry, and that ultimately took her to her first, albeit short-lived, career as an environmental engineering technologist.

She says, “I worked as a lab analyst for less than a year and hated it. When my (now) husband got placed in the Valley for his work, I decided it was time for a change and moved with him. After a few months I got a job with Denim Homes, and over the course of six years I worked my way into a project and customer service management position. I loved my job interacting with our customers and overseeing the inner workings of construction, but it was not my passion. I discovered I had a new-found love of business. I loved the creative aspect, the (assumed) control to move in a certain direction, and the abundant possibilities. It got me to thinking “what do I love in my life, and can I make it a business?” When I was unemployed and bored out of my tree in a new place, I taught myself how to cook. I watched youtube videos, made a commitment to trying a new recipe every day, and it turned out I had an affinity for flavour pairing. I loved it and decided that this would be my business.” From there stemmed the business idea, plan, and creation of Hill’s Grills!

After Hillary discovered her love of cooking, she got even more serious about food: “I wanted to create a product in such a way that the food was delicious and made you feel good, the service was quick and efficient but with a warm delivery, in an atmosphere that encouraged people to come in and stay awhile, and that’s what I feel has been done. And local is important! Our focus on tea and our impressive retail display of teas and tea paraphernalia from four Atlantic Canadian companies make us the only cafe of its kind in the Annapolis Valley. And we serve excellent Dragon’s Breath coffee too!”

Hillary is so much more than the face behind the business, as she’s usually front and center during your Hill’s Grills experience. Her many roles include marketer, accountant, janitor, cook, barista, manager, team-member, entertainment coordinator, and nutritionist.

And the food? Well, trust me, this writer was present for many a taste-testing party and still hasn’t recovered from the glorious experience. The food is beyond incredible! All of Hill’s Grills sandwiches are the result of years of experimentation with different flavours and styles. Their meats are local and slow-roasted in their own sauces and spreads, and they source as many of their ingredients as they can from local small businesses. That’s certainly something worth supporting!

And how did all this hard work pay off? Well, besides being a stubborn business woman with strict goals, a stern backbone, and a driving force, Hillary has used her many years of experience with customer service to train her team to create a sense of community in their shop. The majority of their customers are regulars and the staff are a great team of women from very diverse backgrounds who bring the love of great food and friends to life, creating a very homey atmosphere.

When Hill is not grilling and creating, she spends lots of time with her biggest supporter and fan, her husband Logan. She loves the outdoors, travelling, leisure cooking, and so much more. And up next? Having known Hillary for a while, I see many years of continued success for her. I see an independent team player and team builder who excels at many things in the business world but that’s only because of her great success as a friend and human being!

This Apple Blossom, when Kentville is busting at the seams with fun things to do, pop by Hill’s Grill’s as they celebrate in Applelicious style for the month of Apple Blossom!

Hill’s Grills Panini Press & Tea House is located at 2 Webster Street, Kentville (902-365-5225), and you can find them on Facebook for all their daily specials, treats, promotions, and more. 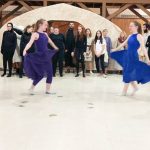 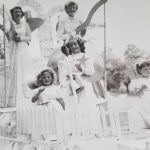