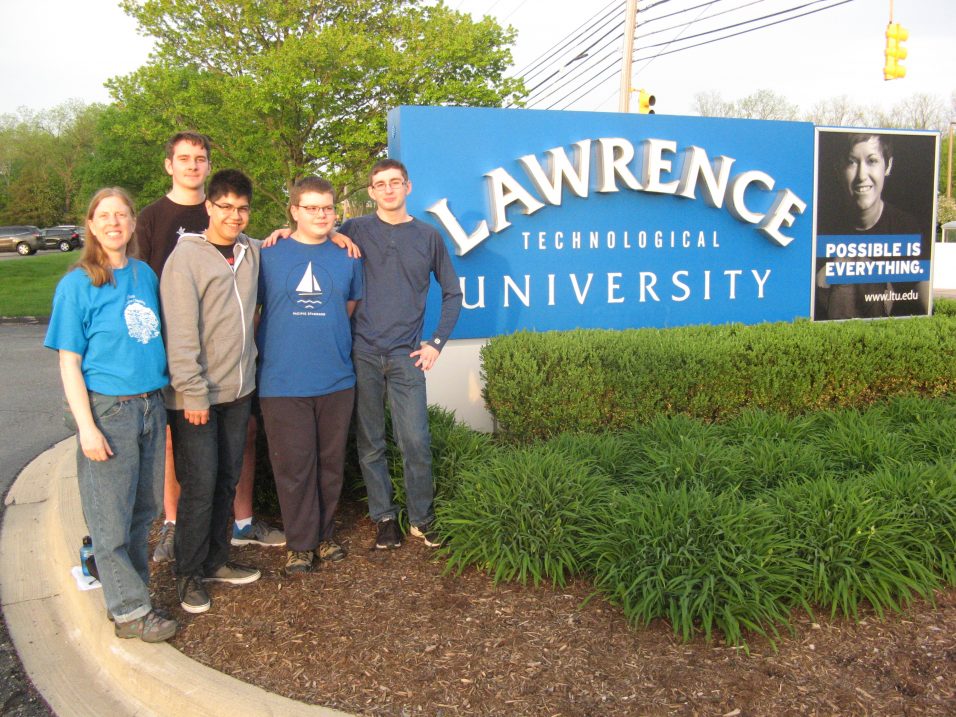 On May 17, four Nova Scotia high school teams who competed at Acadia’s robot programming competition went on to the Robofest World Championship at Lawrence Tech University (LTU) in Southfield, Michigan. On of those teams, Robust Legocy, came from our own Horton High School. Robust Legocy team members Aidan Karcha, Austin Oickle, Ethan Bullerwell, and Lex Zacharias attended the event, along with their coach Andy Pitter and mentor Jeanne Caldwell. Robofest features a variety of robotic competitions, including a robot parade and a science exhibition, but the main competition is simply called Game. This year’s Game challenge mirrored a tennis court: every Game robot had to try to clear a table top of tennis balls and water bottles. More points were awarded if the robot picked up the balls, with the most points awarded if the robot put them in a box on a second, perpendicular table top. All the Maritime teams used LEGO EV3 robot bricks and Mindstorms software. Robust Legocy’s LTU robot had a conveyor belt with velcro on it to pick up balls as the robot moved across the tables with a second conveyor belt to transfer the balls to the top of the robot. In addition, they also built a robot for a “sumo” challenge where a robot had to push a partially filled 2 litre pop bottle off a set of two tables without getting pushed off the same tables by another robot. Although software trouble hampered the team’s performance, the Sumo robot came 6th in the preliminary time trials and the team had their highest single score during the second round of the Game. You can see Robust Legocy’s robots in action on their webpage robustlegocy.myevent.com.

Teams from across the world competed at Lawrence Tech but the four Maritime teams were the only ones from Canada. Nonetheless, Canada was represented in the awards: Cabot Coders (from Cabot High School, Cape Breton) came in third in Senior BottleSumo, and Royal Robots (from Annapolis West Education Centre, Annapolis Royal) came in first in the Unknown Mission Challenge and second in Senior Game. Robust Legocy was glad for the experience and will build on it for next year. Thanks to everyone who supported their fund-raising and made their trip a reality! 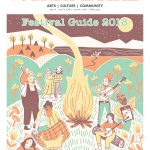 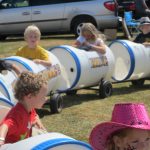