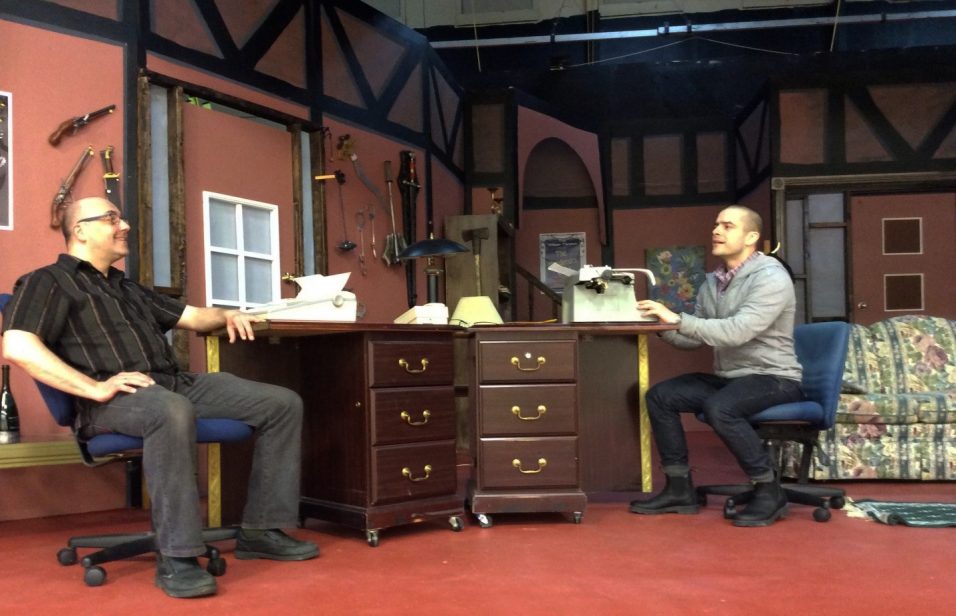 The Greenwood Players are suspensefully waiting for the audience’s reaction to their latest production, Ira Levin’s Deathtrap, which holds the record for the longest-running thriller on Broadway.

When the story begins, Sidney Bruhl, a previously successful playwright, once the toast of Broadway, has hit a slump and had a series of box office flops. Clifford Anderson, a student at one of Sidney’s writing seminars, has sent Sidney a script which Sidney is certain will be a hit. Clifford’s play, Deathtrap, is a five character, two act thriller, so perfect that, as Sidney says, “A gifted director couldn’t even hurt it!” Using his skill at plot development, and out of desperation to be the toast of Broadway again, Sidney cooks up an almost unthinkable scheme. Sidney and his wife, Myra, lure Clifford, the would-be playwright, to their home. Shortly after Clifford’s arrival, it’s clear that things are not what they seem! Indeed, Helga Ten Dorp, a nosey psychic from next door, and Porter Milgram, Sidney’s observant lawyer, can only speculate where the line between truth and deception lies.

Rehearsals are well underway and actors are sworn to secrecy about who dies and who does it! Under the direction of Greenwood Players’ artistic director, the ever-suspicious Jeffery Pocock, the production features a cast including Players’ stalwarts Joey Lajoie and Todd Detchevery (making first appearance since playing Felix Unger in the Odd Couple), and new comers Farrah Ferguson, Gabby Crossley and Ryan Herbert. Deathtrap is sure to be one of the Greenwood Players’ best, and most suspenseful, presentations to date.

Deathtrap will run from June 5 to June 9 with curtain time at 19:30 at the A.V.M. Morfee Centre, in Greenwood. Tickets are $10 and are available at both Middleton and Kingston Pharmasaves, the MFRC in the AVM Morfee, and the military community center. For reservations please contact gwdplayers@gmail.com, or 902-844-0053 (leave a voicemail), or at the door. 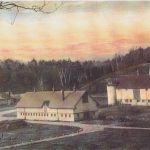