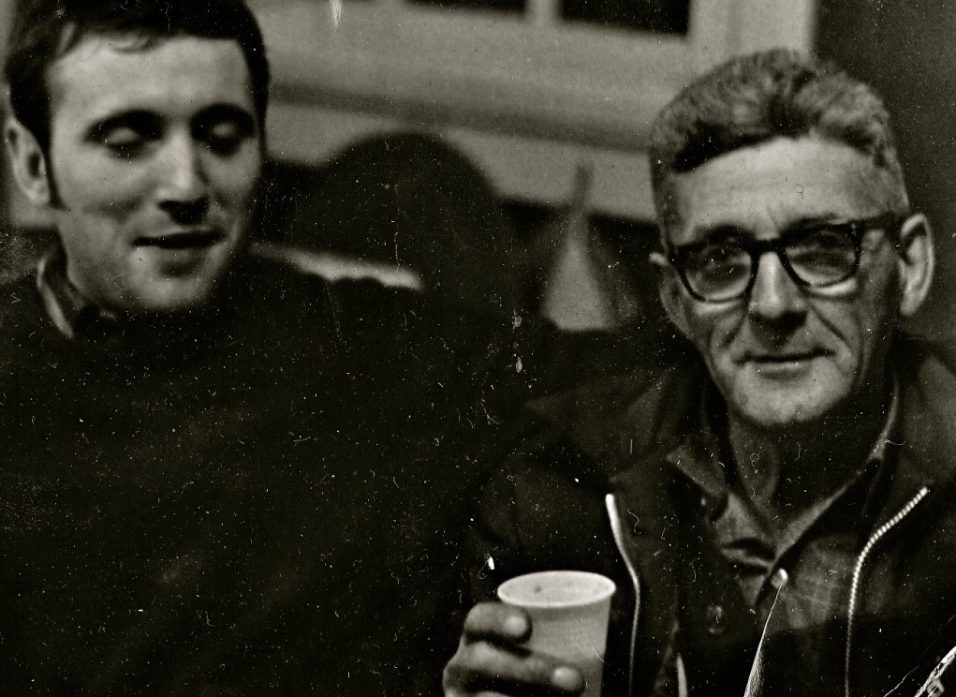 The Dome Chronicles: This Was My Father
By Garry Leeson

My mother wanted a large garden when they moved to a small farm on the Blue Mountain outside Meaford, Ontario. Dad agreed to do the hoeing but after a couple of days of fighting the weeds, he came up with a better idea.
He disappeared into his workshop and when he emerged it was behind a one of a kind self-propelled row crop cultivator of his own creation. An old make or break one-lung gas engine, belching smoke and banging away, was mounted on a wooden frame above two cast iron wheels with heavy lugs on the rims. A series of belts and pulleys connected the old motor to the axle and drove the wheels. Somehow all of this gear had been incorporated into the framework of a narrow cultivator known as a scuffler .

With a proud look on his face, Dad guided it over to the garden and aimed it down between the first two rows of peas. He started slowly, pressing down on the handles and digging the narrow teeth into the rich black loam. Alerted by the noise of the motor, Mom came out wiping flour onto her apron and stood on the back porch with a worried look on her face. As he dug the cultivator’s tines deeper and deeper into the soil and the old engine laboured harder, it began belching out greater and greater clouds of black smoke. Dad finished the job, but as he was maneuvering his contraption back to the shed Mom shouted to him that breathing all that heavy smoke might not be good for him and that he should maybe consider getting a better motor. “Are you crazy,” he replied indignantly. “This is the first time the black flies haven’t bitten the hell out of me while I was working in that darned garden of yours!”

Buoyed by his recent success in the garden, he set about addressing another problem that had been bothering him for some time. Mom had been complaining during the previous winter about having to bring frozen laundry into the kitchen to finish drying. He figured it was that darned television advertising those new-fangled clothes dryers and getting her all stirred up. One day he was in town in his old blue pickup getting some feed when he spied a man dragging something that looked like one of those clothes dryers down to the end of his driveway. It was not coincidental that Dad’s trips to the feed mill were scheduled on trash pickup day.

Mom’s heart must have skipped a beat when she a shiny white GE clothes dryer on the back of the truck, but when she heard that the machine didn’t work and that Dad had got it out of the trash, she just slumped back into her kitchen. She brightened up a bit when Dad said he figured he might be able to fix the appliance, but sagged at the thought of what his fixing might entail. The main electric heating element in the dryer was burnt out and the motor that turned the drum was shot. The heating element was not really an issue because the house did not have wiring with sufficient amperage to handle it anyway.

And so it was that when Mom returned from an extended visit to my sister’s, she found her totally refurbished clothes dryer towering before her on the back porch. The shell of the shiny white dryer was mounted a good four feet off the ground atop an old brown oil space heater. Dad had thought of everything: he had included a small platform with three steps in front of the machine so that she wouldn’t have to reach over her head to load and unload it. He explained how to light the space heater fire by dropping a piece of burning paper through a hole at the back of the assembly before throwing a switch to get the drum turning.

When Mom maintained her silence for the remainder of the day and well into the following morning, Dad began to suspect that she might be slightly disappointed with his efforts. He figured that a live demonstration might be in order. He had taken the opportunity earlier to run a few items of clothing through their old wringer washer and stood waiting as Mom made her way down the stairs to start breakfast. Leaving the door to the back porch open he proceeded to load the dryer and fire it up. Everything went as planned and he kept glancing over his shoulder into the kitchen to see how Mom was reacting. She just sipped her tea with a look of quiet desperation on her face. As Dad had expected, there was quite a bit of vibration and movement when he engaged the electric motor to turn the drum but as the drying cycle progressed, the movement became more pronounced and erratic. When the dryer started jumping around and threatening to dislodge itself from the porch, Dad prudently shut the operation down to make some minor adjustments. A couple of stout rubber bands cut out of an old tractor innertube to secure the dryer between the veranda post and the door jamb, and he was back in business. I wasn’t at home when all of this was happening but when I arrived on the weekend to help with the haying, I found Mom actually using the crazy rig.

I couldn’t imagine what had transpired to induce her to actually succumb, but I suspected that she was suffering with something akin to Stockholm syndrome.
All I know for sure is that Mom continued to use Dad’s dryer until my little sister Brenda complained that her teacher and classmates at Minihill School had started to notice a strong smell of fuel oil emanating from her otherwise impeccably clean clothing. The dryer was immediately dismantled and the project abandoned, but I’m sure the salvaged parts were saved and found their way into Dad’s next project. 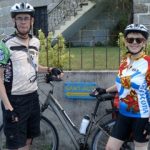