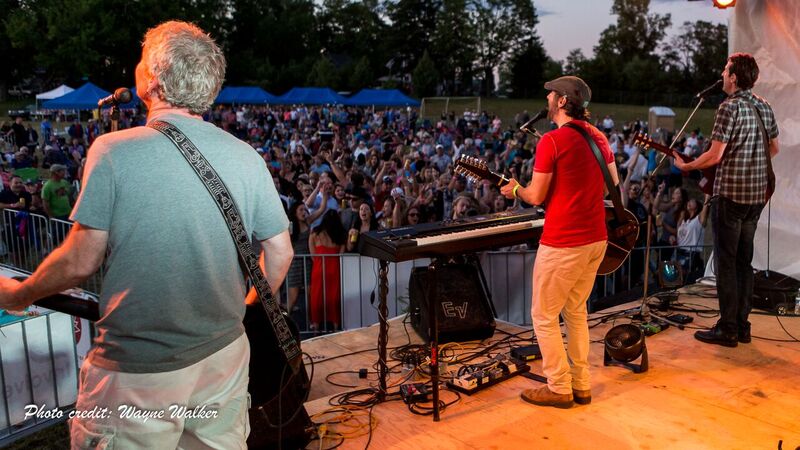 “I live in Garland’s Crossing — my wife and I have lived here for 37 years. I’ve travelled all over North America and wherever I go, whenever someone asks me where I’m from, I’m from Hantsport Nova Scotia and I will always be from Hantsport Nova Scotia,” says Kevin Guptell, one of the key organizers of the Hantsport Music Fest. “I love the community, I love what it did for me, I loved growing up there and we just want people to get off the highway and to come into our community — to drive through Mount Denson, in through Bluff Road and Avonport, up through West Brooklyn mountain and out to Bishopville, out to Blue Beach — there are great places to come and see — it’s just a great little community.”

Getting people into Hantsport was really the idea that sparked the creation of the Hantsport Music Fest. The registered non-profit community music festival is now gearing up for its fifth year, and the team behind the scenes has put together the pieces for another fantastic event.

This year on Saturday, July 21, the organizers expect about 1400 people in the audience at the Foundry Road Sports Field, where they’ll listen to some great Atlantic Canadian bands. It’s the sort of production only an entire community can organize – and that’s exactly the story behind the Hantsport Music Fest.

Kevin has been a part of the festival since the beginning, and back when the idea was just in it’s infancy, he didn’t initially see it as a real possibility. “We talked and I said you guys are nuts,” he laughs, recalling the first few planning sessions he had with the original crew of organizers, Fred Martin and Chris Cuvilier.

It all started in the midst of what was a hard time for the community. “Hantsport was going through a process where they lost two of their major businesses in town. There was no money in the community. They had some hard choices to make,” Kevin recalls.

Making something good happen for the community was going to be up to those who loved it. “If we waited for other people to do it, it wasn’t going to get done,” Kevin says, “So we jumped in and took a leap of faith.”
Despite his earlier reservations, the idea caught on and received relatively immediate support from the wider community “The first year we had 56 sponsors, from as far away as Egypt,” Kevin says.

“Our goal is to promote the community of Hantsport — which to us includes Falmouth, Mount Denson, Bishopville, Lockhartville, Avonport, West Brooklyn, Hants Border and of course Hantsport.” Kevin explains. “In the first year, We had four bands and we had 1100 people show up and it was phenomenal.”
The festival has grown every year since and this year the team of organizers (Raye Myles, Kevin Guptell, Teresa Rooney, Jane Kerr and Mike Guptell) are expecting about 200 volunteers on the field that day to help make sure people are enjoying themselves. They are also expecting to raise plenty of money for local community groups.

Acquiring so many sponsors means that the festival can cover its costs before the ticket sales. That means that each community group who volunteers at the festival is able to take home a sizeable donation for their organization. To date, the Hantsport Music Fest has raised over $100,000.

“That’s pretty cool when you consider that the old town of Hantsport was around a thousand people and those little communities of Avonport, Lockartville, West Brooklyn, Bishopville, Mount Denson — there’s probably only another thousand people there, and we’re averaging 1400 at the festival,” says Kevin.

The planning though is no small feat. In fact, organizers are already busy working on next year’s festival as well. It’s no one’s full-time job, but it’s certainly a passion project. “We all work, we all have 50 plus hour a week jobs, and we all have families,” says Kevin, “But we love what we do. We’re very proud of what we do.”

This year the festival has a stellar list of bands and performers: Signal Hill, Heather Rankin, Ced Marty & Dave, Matt Balsor & the Hill Top Show Band, The No Name Blues Band, The Brooklyn Blackmore Band, and The Parsons Brothers and Friends.

“We have a great spot, in a great little community, we have great music, a great sound system, and you can’t go anywhere else and see seven bands for $25!” says Kevin. It’s going to be an event not to miss: the chance to enjoy some great music, and support a fantastic community endeavour. 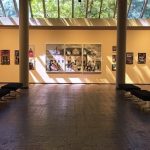