The Wolfville Memorial Library is celebrating 25 years at the train station and the staff of AVRL are inviting everyone to celebrate with them.

Twenty-five years ago, on September 11, 1994 the Wolfville Memorial Library officially opened its doors. Housed in the then 80-year-old Dominion and Atlantic Railway/VIA rail station, the library was the result of a massive fundraising effort by the town. The residents of Wolfville, which was then home to about 3000 people, raised over a quarter of a million dollars towards the new library. According to news coverage at the time, over 500 individuals or families donated to the Wolfville Memorial Library Foundation campaign to create a new library space and save the railway heritage building in doing so. In addition to the fundraising, much of the library’s new furnishings were also memorial gifts: the circulation desk, for instance, was a gift from the Elliott family in memory of Jean Haley Elliott, the first professional librarian in the Atlantic provinces.

The festivities back in 1993 included a reading by author Sheree Fitch upstairs in the Charlotte Coombs Haley community room. Haley’s father had been station master in Wolfville for many years. Steven Slipp, dressed as a train conductor, acted as Master of Ceremonies for the event, and John Tetrault provided the musical entertainment.

For the coming celebrations, Steven Slipp will be back in action, cider and cookies will be available, scrapbooks from the library opening, as well as many other library events that have taken place over the years, will be on hand for folks to peruse. An Annapolis Valley Regional Library Board member will also be in attendance to give a short talk about the future of the Wolfville Library. 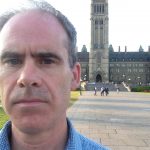 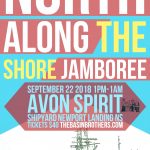