The name Mona Parsons is very familiar to all of us. But what about her story? With the publication of many books, the acclaimed statue at the Wolfville Post Office and Mona’s spirited representation in the Wolfville Valley Ghost Walks (beautifully acted by Beth Brewster); Mona Parsons is a historic figure never far from the public eye. Now, you have the opportunity to learn Mona’s incredible story through the new stage production *The Bittersweet Time: The War Story of Mona Parsons*, coming to Wolfville in September.

LunaSea Theatre, in collaboration with SarAndipity Theatre, is bringing the true story of Nova Scotia’s unsung war hero Mona Parsons to stages across Nova Scotia. *The Bitterest Time: The War Story of Mona Parsons* is written by Sarah Jane Blenkhorn and Andria Hill-Lehr and directed by LunaSea’s Ryanne Chisholm, and features singer-songwriter and actress Amanda LeBlanc as Mona. The play will have its world premiere in Wolfville, Nova Scotia before touring venues from Pictou to Halifax, September 10-23 and it’s going to be an epic event!

The Bitterest Time presents Parsons’ Resistance work in the Netherlands under the Nazi Occupation, her arrest and years in German prisons, her daring escape in 1945, and her journey back to Holland, where, in an astonishing coincidence, the first Allied soldiers she meets are from the North Nova Scotia Highlanders! The play also focuses on the shared experiences of women in wartime, showing women who choose collaboration as a means of survival, women who lose almost everything they own and love, women who embrace cruelty and power over others, and women who reach out to save each other and find ways to survive.

The Bitterest Time conveys an epic story of courage and survival, focusing on the small details of overcrowded prisons, tiny flights of hope and breathless escapes. Mona’s story is extraordinary, but it was almost forgotten. Hill-Lehr’s chance discovery of a newspaper article about Mona led to years of research culminating in the book *Mona Parsons: From Privilege to Prison*, from Nova Scotia to Nazi Europe, recently re-released by Nimbus Publishing, as well as the 2017 erection of a bronze sculpture of Mona in Wolfville. Hill-Lehr’s must-read book is available at booksellers everywhere including Wolfville’s own Box of Delights Bookshop.

Director Chisholm stresses the value of Mona’s story: “This is an amazing story about a female war hero from Nova Scotia, yes, but it is also about women and war. Not only have we not seen this specific story on the stage, but we have also rarely had any stories about this destructive time in our history that focuses on women.”

Performances of The Bittersweet Time play at the Al Whittle Theatre on Main Street, Wolfville September 5-8th, Show starts at 8pm. Tickets are available at the door or in advance at The Box of Delights Bookshop. Call 902-542-9511 to the bookshop for questions. Enjoy this magnificent theatrical experience! 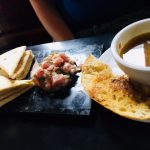 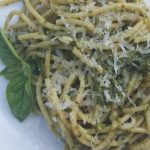