Armistice at Acadia
By Wendy Robicheau

Thursday, 7 November 1918 was not a normal day for the Acadia Collegiate Academy boys. Why? Those who volunteered for the turnip harvest were excused from classes. On the College farm next to Willett Hall, they pulled, topped, and hauled about 800 bushels of turnips destined for the vegetable cellar. Their day was interrupted by “Toddy” De Wolfe running through the field announcing that the Germans had signed an armistice. The College authorities dispelled the myth, telling the students that when official news about the armistice came, the College bell would be rung.

An ocean away, Acadia’s students and alumni continued to fight. During the last operation of the war in which the 85th Battalion took part, Lieutenant Orrin Lincoln Lantz (Military Cross, Croix de Guerre) was the last Acadia man killed in wartime. He graduated from the Acadia Collegiate Academy in 1916. When Col. Allison H. Borden came to Wolfville on a recruitment tour in the early months of 1916, Lantz stepped up. His obituary, found in the Acadia Athenaeum for January 1919, says: “Lieutenant Lantz was killed by a high explosive shell as his battalion was “jumping off” at Valenciennes on the morning of Nov. 6th, and is buried in the beautiful cemetery of that city, which he helped to liberate.”

A few days later, it was over. News of the Armistice came to campus early in the day. A telegram was received from the Canadian Corps at 0645 on Monday, the 11th of November. It read:

“Hostilities will cease at 1100 hours on Nov 11th Troops will stand fast on the line reached at that hour which will be reported to Corps HQ Defensive precautions will be Maintained There will be no intercourse of any description with the enemy further instructions follow.”

President Cutten, who held the rank of Major, was likely the first to know. Folklore tells us that Cutten had always wanted to ring the bell at College Hall. November the 11th was his big day! The campus newspaper tells us that “the news of the signing of the armistice was received and immediately the college bell pealed out the news to the town and the hill.”

All Wolfville celebrated. Events, speeches, church services, singing, and a parade were held throughout the day. The newspaper continues reporting on the events, indicating that “At eight o’clock in the evening a monster bonfire, for which the students had been preparing all day, was started on the campus, and as this burned down amid the explosion of fire works and the dancing of young people around the fire the official celebration for the day ended.”

Curiously, the newspaper also reports the following–“On Tuesday morning we returned to our work.” 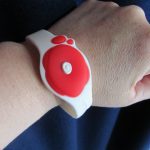 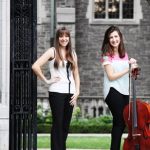