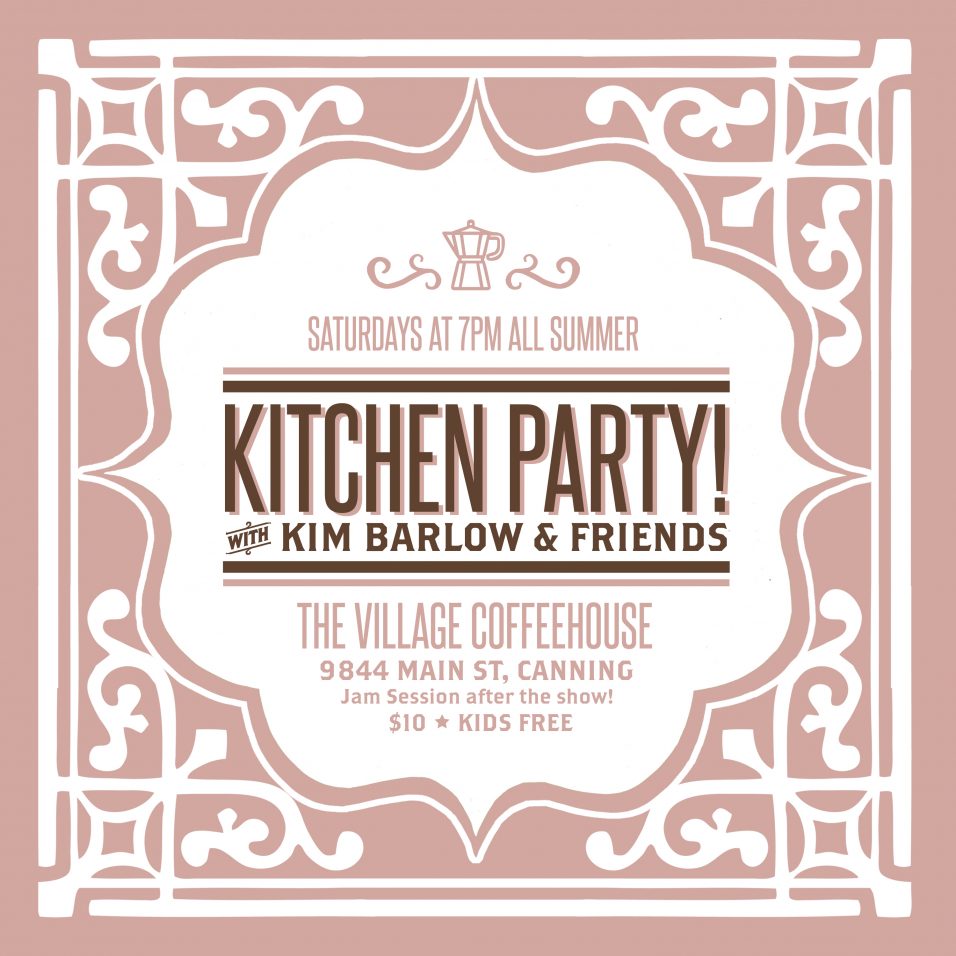 Kitchen Party All Summer in Canning
By Kim Barlow

The main questions people asked when I moved to Canning in 2013 were “Why way over in Canning?” (often from people in Wolfville or Kentville), and “Do you think you’ll stay?” After a few winters, I think I understand about the first question. Canning may as well be on the moon when you have to drive across the dykes at night in a snowstorm. The second question, I think, has to do with the viability of choosing to live in rural Nova Scotia, with fewer options and resources than larger centres. I’m happy to report zero regrets, and good things are happening in this sweet, tiny town.

We have a new Village Coffeehouse, which happens to be run by fellow Yukon ex-pats. Mike and Alice offered up their beautiful space for live music events, so I started imagining the possibilities, and my ideas kept getting bigger. We are thrilled to announce a Kitchen Party music series that will happen every Saturday all summer from June through September.

A full line-up of wildly talented musicians is booked and we can’t wait to share their music with you. Each show will start with the house band, featuring me, Kim Barlow, and revolving members of The Dearlies, Ida Red, and Acadia faculty Mark Adam and Nic D’Amato. We will play a set of traditional Maritime music reinterpreted, fun sing-alongs, and familiar anthems. The guests will play a set, and then we’ll have a jam session, open to any who want to play.

This is a Kitchen Party to celebrate the rich musical traditions found in the Maritimes. The series will cover a lot of fascinating musical ground from week to week, and includes powerful voices that don’t always get heard. It starts on June 1 with a collaboration featuring Mika Francis and Cristian Quirivan. Mika Francis is an advocate from Acadia First Nation, NSCC student, and President of the L’nuek Alliance and of the Kingstec Student Association. Mika drums with the Melgita’t Women drum group, who have drummed on stage with JUNO award winners Jim Cuddy and William Prince. Cristian Quirivan is from Chile and plays folk music of the Andes on traditional South American instruments such as wood flutes, pan flutes, charango, and cuatro. Other weeks will feature Gaelic, Acadian and African Nova Scotian singers; Persian and Indian music; a tribute to Canning’s own Wilf Carter featuring some fine yodelling by Zakary Miller; some great Maritime songwriters including Terra Spencer, Sarah McInnis and Gabe Minnikin; and more still unfolding.

Winter is over, and it turns out Canning is not on the moon. It’s light later now, this is a beautiful corner of the Valley, and there is fun to be had. We hope you’ll join us for some great east coast music this summer.

Shows start at 7pm every Saturday from June 1 to September 21 at the Village Coffeehouse, 9844 Main Street, Canning. Cost is $10 at the door and kids are free. Coffee, tea and desserts available. More details can be found at kimbarlow.ca and the Facebook event, “Kitchen Party in Canning.” 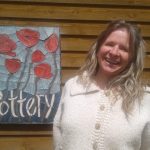 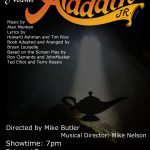