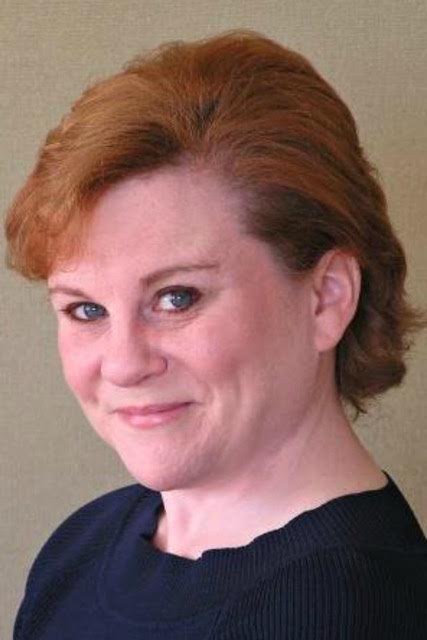 Articles Events Look Meet Who's Who
Grapevine Publishing
October 6, 2016October 6, 2016
Who’s Who: Carole Ball: Calendar Girl
Mike Butler
Over the years, through the many theatre groups I perform with, I’ve met some of the most wonderful people. With theatre you develop strong bonds with your fellow actors, directors, and producers etc., and you begin to rely on them and enjoy their company long after the final curtain has come down. I saw Carole Ball for the first time in a production at CentreStage called “There Goes the Bride”, and was completely taken with her stage presence and acting ability. She had a feisty spirit and was able to make me laugh and cry, a rare thing to experience as an actor and occasional audience member. Not long after, I had the pleasure of acting alongside Carole and we’ve since become good friends. I’m very excited to tell you about Carole and her latest play.
Carole Ball graduated from Dalhousie University in 1991 with a BA in English and a split minor in French and History. Because she couldn’t find anything in her field right away, she spent 25 years working retail (before and after university), and then told Geoff (her husband) that she couldn’t take it anymore. He suggested she look into the programs at NSCC. Carole liked the look of the Medical Transcription program and signed up. She graduated in 2010 at the top of her class with honours and she won six awards including the President’s Award. In fact, she two job offers before she graduated and took the one that allowed her to work from home. In 2011 Carole and Geoff decided to move to the Valley. Carole says, “I work for a company called Nuance. I work transcribing and editing reports for doctors in hospitals across Canada, though right now I’m working with the Nova Scotia Health Authority for hospitals from Musquodoboit to Windsor. I love that I can set my own hours and work from home. I think my job is special because I contribute in a VERY valuable way to the heath care of patients. Plus, it’s a job where you learn new things all the time with newer treatments, drugs, etc., and I LOVE to learn new things.”
Now, onto the theatrical side of Carole’s life. Even though it’s hard to sum up 40 years of her involvement with community and professional theatre in one article, here are some highlights. She says, “I’ve directed such plays as “Snow White and the 7 Dwarfs”, “On Golden Pond”, and “Blithe Spirit”.  I’ve stagemanaged such plays as “Dover Road” by A.A. Milne, and “Hay Fever” by Noel Coward. I’ve done operetta with the Gilbert & Sullivan Society of NS as the lead mezzo in shows such as “HMS Pinafore” and “The Mikado” being directed for years by John Dunsworth. I’ve sung opera in concert including roles like Carmen, Delilah, Hansel, and Cherubino (The Marriage of Figaro). I got to be a stand-in on a Jim Henson production at Peggy’s Cove in 1987 (the show was “The Jim Henson Hour” and I think the episode was called “Lighthouse Island”), so that was a very special treat for me.”
As an actress, Carole is not one to shy away from any project, hence her roles ranging from Piglet to Lady Macbeth. Highlights from her theatre life would include Miss Mackay (“The Prime of Miss Jean Brodie”), Mother Superior (“Nunsense”), Linda (“Les Belles Soeurs”), Sally (“Ca$h on Delivery”), Miss Prism (“The Importance of Being Earnest”), plus a HOST of Agatha Christie plays. At CentreStage Theatre, Carole performed in ‘The Dixie Swim Club’, “Hallelujah Girls”, and “My Boy Jack” (just to name a few). You can see LOTS more of Carole in the new CentreStage production “Calendar Girls”, running weekends through October 22, in Kentville. Visit centrestagetheatre.ca for details. Carole says, “”Calendar Girls” was fun to do. When I heard CentreStage was doing it and that it would coincide with my 50th birthday (October 4), I thought what a better way to celebrate then by posing nude in a calendar! In the words of one of the characters, “If I don’t get them out now, when will I?” The character of Annie has been a challenging role but I’ve enjoyed stretching my acting muscles.”
Because people usually cast Carole as the comic relief, she took much of her direction from legends like Carol Burnett, Tim Conway, Bob Newhart, and the actresses in “The Golden Girls”. But Carole is always eager to sink her teeth into deeper characters. I had the pleasure of acting alongside Carole in “My Boy Jack”, one of the hardest plays for both of us with very demanding dramatic roles. I was overjoyed to have the opportunity to play that character but I was even more honoured to share the stage with Carole.
Apart from working and theatre, Carole is an avid photographer. Her work is being featured this month at CentreStage and it’s stunning! Her focus is mainly landscapes, nature, and everything beautiful this province has to offer. She also enjoys reading, cooking, and chatting movies and British actors with me! I encourage you all to check out “Calendar Girls” and view Carole’s poignant performance. She’s such a wonderful talent to have in the Valley and she truly is a Calendar Girl, someone who makes every day of the year very special! Much Love and Best Wishes! 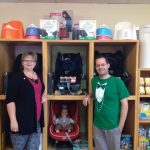 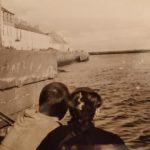